The actor credited the platform with introducing him to everything from "The Office" to "Army of Shadows." 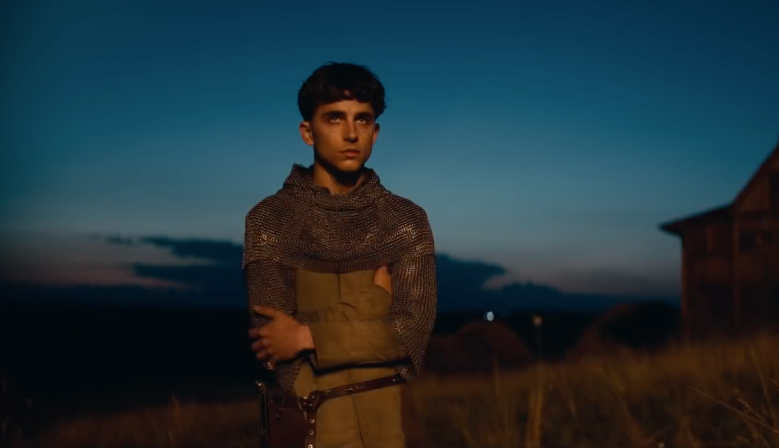 Two years after his breakout in “Call Me By Your Name,” Timothée Chalamet continues to benefit from a public fixation on youth. The baby-faced 23-year-old has the allure of a major acting talent even though, by any measure, he’s just getting started. At the 2018 New York Film Critics Circle awards, Chalamet made much of the room feel old by citing 2008’s “The Dark Knight” as the movie that made him want to act. Now, with the release of the Netflix-produced “The King,” Chalamet has another reason to remind people of his precious age.

“I grew up watching Netflix,” the actor said, in an interview ahead of the release of director David Michod’s Shakespeare mashup, which finds him playing King Henry V. As a teenager, Chalamet said, Netflix’s library provided him with the opportunity to watch films and television shows that earlier generations would have watched in other ways. “Netflix was how I watched ‘The Office’ and ‘Army of Shadows,’” Chalamet said. “I took pride in it.”

Notably, these references have become dated. “The Office” will leave Netflix soon, as NBC yanks it from the platform for its own incoming streaming service, while French director Jean-Pierre Melville’s “Shadows” migrated to the Criterion Channel. The streaming landscape has evolved a lot in just the last few years, and Chalamet’s first project with Netlix is a reminder of the company’s growing investment in developing original, high-profile projects over acquiring library content. Over the course of his short career, Chalamet said, the explosion of productions from streaming entities has changed his profession.

“I see some of my friends who are actors in New York getting more jobs, and the amount of opportunity that is there — whether it’s Amazon or Netflix or Hulu — from a basic employment perspective, it’s amazing,” he said. “Maybe I’m wrong and the figures are different, but it feels like there are just more jobs.” In contrast, he recalled a classroom experience from his time at the Fiorello H. LaGuardia High School of Music & Art and Performing Arts. “I had a teacher who said that ‘Law & Order’ was the mothership,” he said. “I raised my hand and asked, ‘Why is it the mothership?’ And he said, ‘Because it’s going to keep half of you employed.’ That’s not the case anymore, so from that perspective, I think that’s a good thing.”

“The King” is a loose adaptation of Shakespeare’s “Henriad” tetralogy and as Chalamet’s King Henry advances toward an invasion of France, the scope of the battlefield continues to increase. Initially, Chalamet appreciated the epic story but not its small-screen future. His previous experiences on bigger projects correlated with the expected distribution methods.

“Every other set I’ve been on, whether it was ‘Interstellar’ or ‘Homeland,’ the scale of the production made sense within whatever format they were working on,” he said. “With this, we were shooting balls of flame flying into a hill and I had trouble putting my finger on the scale of it.” Eventually, he realized that “Netflix has made something that can live on the big screen, even though most people streaming this won’t have a Dolby cinema at home. It seems that Netflix is so forward-thinking. Just even that [Netflix logo] da-da noise, that’s the [MGM] lion’s roar of today.”

This Article is related to: Film and tagged Netflix, The King, Timotheé Chalamet