After getting a taste of TV in HBO's heralded drama, the author-turned-screenwriter is back, adapting his latest novel as the sole showrunner. 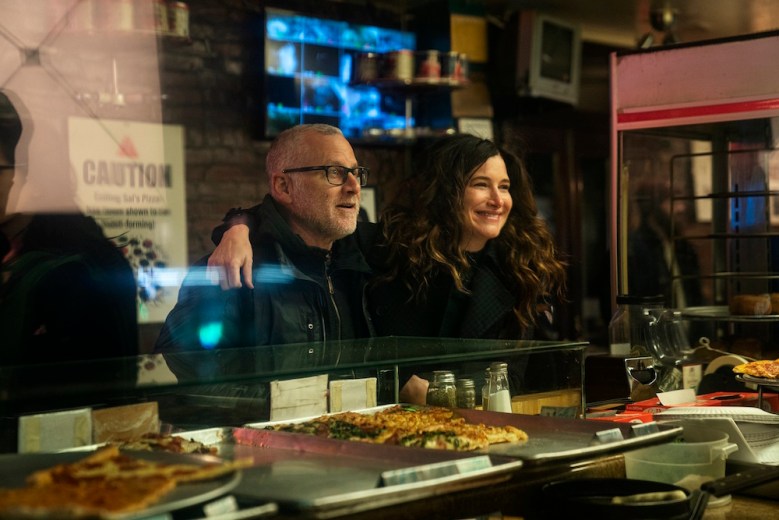 Tom Perrotta and Kathryn Hahn on the set of “Mrs. Fletcher”

Without Reese Witherspoon, Tom Perrotta might not be working in television.

Given the author’s impressive track record in Hollywood, where each adaptation of his work has been met with near-universal acclaim, that might sound silly. “Little Children” earned Perrotta (and co-writer and director Todd Field) an Academy Award nomination for Best Original Screenplay — on his first script. “The Leftovers” landed him two nominations from the Writers Guild of America, as well as a share of the series’ Peabody Award, during his first stint as co-creator. (It’s also IndieWire’s pick for the decade’s best TV series, no big deal.)

But it all started with “Election,” Perrotta’s second novel and the first to be turned into a film. It almost ended there, too.

“That was my original experience [with adaptations],” Perrotta said during an interview with IndieWire. “Here’s a book that would, without a doubt, be entirely forgotten at this point if that movie hadn’t been made. [The book] came and went. It barely got reviewed. I barely made a penny off the book, except in terms of the movie. It ekes out little bits of sales now, but for whatever reason, I’m entirely convinced that it would have come and gone.”

Perrotta said publishers at the time didn’t know what to do with his story about an ambitious high school student running for class president and the bitter teacher trying to stop her. They saw it as a young adult book, except there was too much sex for them to market it toward teens.

“It was really hard to find a publisher — then the film drove it,” Perrotta said. “Reese Witherspoon made an iconic character out of Tracy. She’s still being talked about and is more central, actually, to the cultural conversation now than she was then. And I feel like that’s happened with each of these adaptations. The conversation includes a lot more people when it’s a TV show or a film than when it’s a book.”

Perrotta has taken those lessons and turned them into an enviable career for any writer. His books become even more popular on screen, and that screen time drives a bigger audience to his books. Now, he’s back with another adaptation of his own work, another project featuring a prominent female lead (Kathryn Hahn), and another HBO show with strong early reviews. 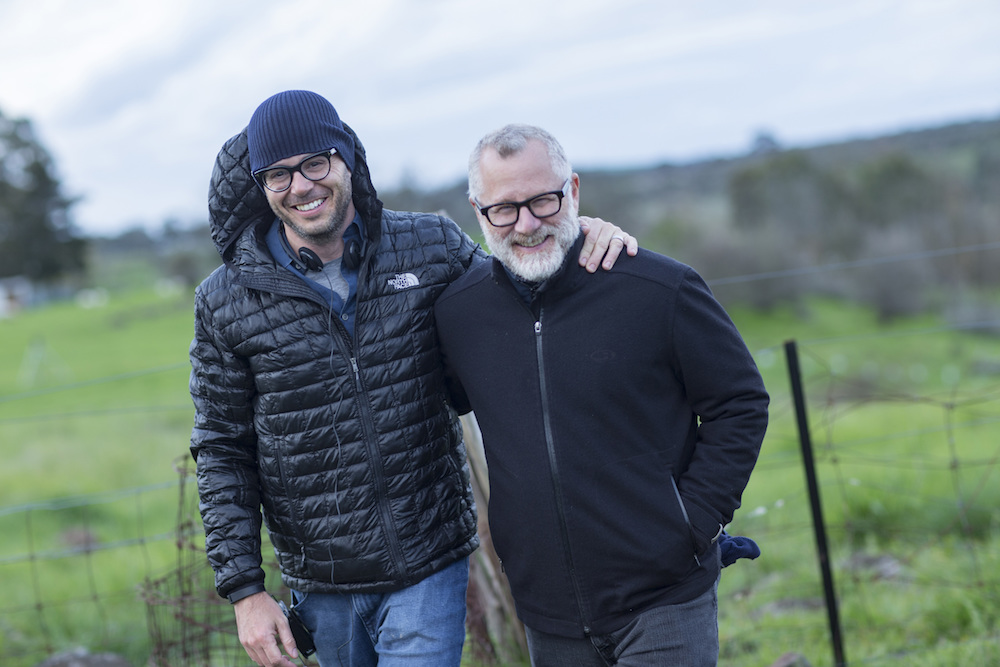 Damon Lindelof and Tom Perrotta in production on “The Leftovers”

His two TV shows are quite different. “The Leftovers” used a worldwide supernatural event to explore faith, belief, and how humans cope with death. The book hues closely to reality after two percent of the world’s population suddenly departs, but the series expands, showing possible journeys to the afterlife and one-on-one meetings with God Himself. “Mrs. Fletcher” is about loss, but only through a single mother’s sexual reawakening after her son goes off to college — which, no matter how you cut it, is much less scary than death. Comfortable with another story of suburban emotional disconnection, the half-hour comedy is less intense, warmer, and with a middle-class sense of naughty humor.

It’s exactly what Perrotta was searching for when he started writing the book. Despite their differences, Perrotta worked on both the book and the show at the same time, using “Mrs. Fletcher” as a way to reclaim his professional identity — Perrotta saw “The Leftovers” as more of a “wonderful aberration” from who he is as a writer than his defining work.

“At that point I had been working on ‘The Leftovers’ for probably six years, and it was a heavy story to live with,” he said. “It got, in a way, funnier and more absurd as we went on, but still at the core of it, they were just wrenching stories of loss.” “Mrs. Fletcher” brought the author back to “more comic, realistic stories.” “I actually felt it was not so much a linkage with ‘The Leftovers,’ but a kind of antidote to ‘The Leftovers,'” he said.

While the book helped reestablish his author’s voice, “Mrs. Fletcher” also marks a maturation point for Perrotta on TV: No longer the co-writer, he led this limited series as a first-time showrunner.

“This was my first try at running it, and it was hard,” Perrotta said. “It made me want to write Damon [Lindelof] a letter because there’s no way not to resent the showrunner, right? Everybody is always wanting a little bit more input, a little bit more control, and I didn’t realize as a showrunner just how many people and how many relationships you had to be attuned to. It can be exhausting.”

Remembering his time in “The Leftovers” writers’ room, Perrotta said, “Damon probably used be like, ‘Not you. I’ve got eight other people yelling at me today. You’ve got to be [on my side].'”

Collaboration is critical in television, especially compared to penning a novel, and Perrotta has grown to love the “stimulating” creative experience offered by television. Perrotta said he doesn’t think about how his written words could transfer to the screen as he’s writing, but he does acknowledge there’s an expectation at this point.

“I’d say it has become almost a rhythm in my work, which is: Write the book and then think about, “OK, is there a way to get this made as a movie or show?'” he said. “‘The Leftovers’ was such a great experience, and it felt to me like this model of long-form TV is just so much more suited to adapting novels.”

With “Mrs. Fletcher,” he knew bringing in voices other than his own would strengthen the adaptation. Developed with Amy Gravitt at HBO, Perrotta sought out director Nicole Holofcener and cast Kathryn Hahn before making the pilot, and from there he staffed up an inclusive writers’ room filled with more women than men. 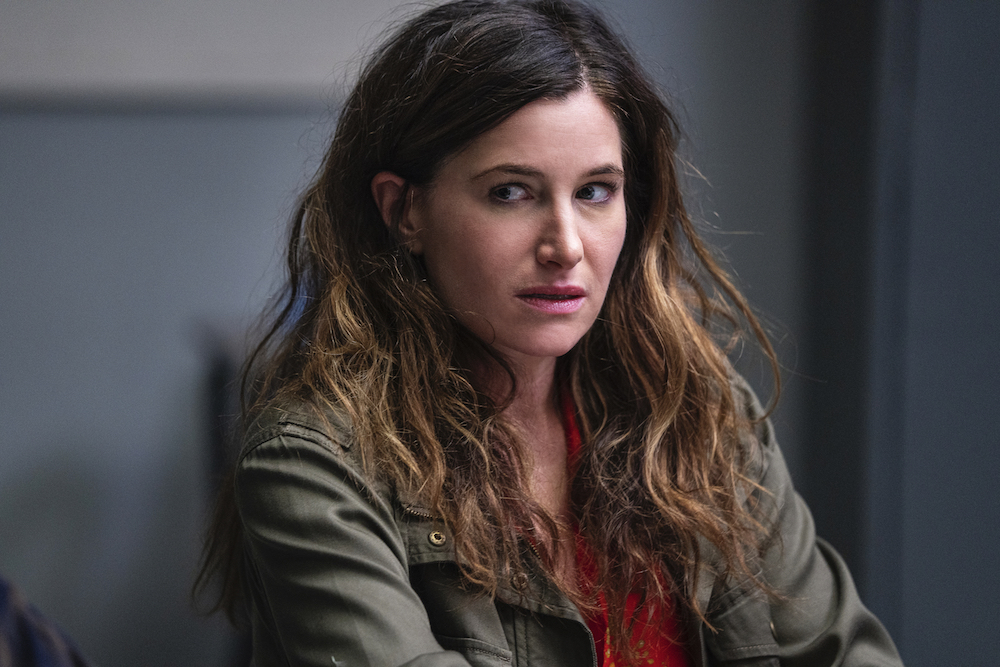 “One of the interesting things that had happened between me starting the book and the writers’ room coming into being was that the #MeToo moment had arrived,” Perrotta said. “It was really at its height, and it was in tandem with other [calls for] consciousness of diversity and consciousness of who gets to tell a story. As a novelist, I already had told this story, but now that we’re in a collaborative space, [hiring women] was something that was very much at the forefront of everybody’s mind: We need to have a lot of women’s voices involved with this, and we had four women directors, we had a writers’ room that was majority female. We just tried at every stage to really make sure that this wasn’t just some middle-age guy saying, ‘These are the intimate experiences of a woman.'”

Showing off showrunner wisdom beyond his years, Perrotta also knew when to step back and cede control to the proper parties.

“It was just really important to say, ‘This is not a show that’s going to cater to a male gaze,'” Perrotta said. “That was like a real concerted effort and very much a focus of Kathryn and the directors: This is a show about this woman’s intimate life. There a lot of sex scenes, often solo […] but they’re not sexy or titillating. I was totally on board with that, but I think in terms of what those scenes actually looked like, they were really figured out between Kathryn, the director, and the intimacy coordinator. And I was pretty much like, ‘That sounds great.'”

Even with these benefits in mind, one wonders why an author seeks out filmed adaptations of his books again and again. “Mrs. Fletcher” was a New York Times bestseller; unlike “Election,” it didn’t need a push from the big screen to reach the audience it deserves.

“You’re asking why I do it?” Perrotta said with a laugh. “I know, I know. It’s funny: I think I’ve been lucky [in that] every time we’ve made something, it’s not even a matter of, ‘Did we do justice to the book?’ I think we created something [different]. […] There’s much more of that sense that the novel is what the novelist says it is. Whereas with film, there’s a sense that it’s up for grabs and everybody gets to sort of share their feelings about what it should be, and that can be fascinating.”

“Just for instance, Kathryn [Hahn] had a very strong voice in this process. Sometimes that was hard, especially early on, and then I think — as with me and Damon — it’s like you gradually develop this trust. I started to realize like, ‘I better listen to her because she’s given this amazing [idea].’ […] My experience has been: To have a great actor embody one of these characters, it’s a revelation to me, and it is so much more immediate. It’s so immediate that, in fact, I can’t experience the book now [in the same way]. If I read a chapter, I’m very much visualizing Kathryn Hahn as Mrs. Fletcher, which I wasn’t before. I’m not sure what I was visualizing, [but] I do think that is just a fundamental difference in the experience and to have an actual person with a face and a body makes them so familiar.”

As for what’s next for Perrotta, there’s a book he hasn’t put to paper yet, and other ideas are percolating.

“I’m so interested in somebody like Nick Hornby who won’t adapt his own work but has become a great adapter of other people’s work,” Perrotta said. “And I can see why you might do that, and I just haven’t been able to get my mind around that. I think there must’ve been some part of me that really wanted to be like an auteur filmmaker — I only want to do my own stuff.”