According to a new report, the prequel to the 2001 Oscar winner will be set just before the Rodney King verdict rocked Los Angeles in 1992. 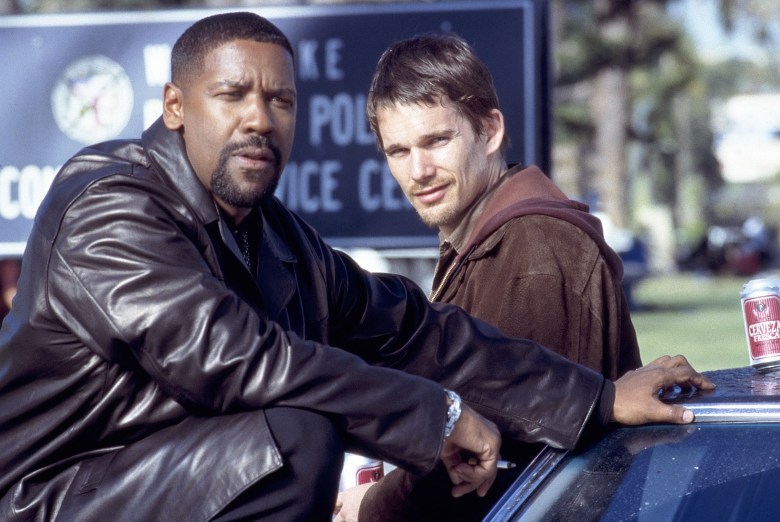 A prequel to Antoine Fuqua’s 2001 Academy Award-winning crime drama “Training Day” is now in the works at Warner Bros. According to Collider’s Jeff Sneider, the prequel penned by Black List scribe Nick Yarborough will take place in Los Angeles in 1992 just two days before the Rodney King verdict, in which LAPD officers were acquitted of charges of the brutal beating of King, rocked the city and divided its citizens. This would set the film just on the eve of the LA Riots that followed. The riots, which turned Los Angeles into a fiery war zone that left nearly no neighborhood unscathed, lasted nearly a week — and changed the face of the city forever. No word yet on any additional cast or crew attached to the upcoming “Training Day” prequel.

According to Sneider, the prequel will center on a younger version of Alonzo Harris, the shady, off-the-books narcotics detective played by Denzel Washington in Antoine Fuqua’s original film, which ultimately won Washington the Best Actor Academy Award in 2002, his second after 1989’s “Glory.” The 2001 film also earned Ethan Hawke a Best Supporting Actor Oscar nomination for his performance as officer Jake Hoyt, a fledgling detective taken warily under Alonzo’s wing. “Training Day” took place across a 12-hour time period as Alonzo and Hoyt navigated the crime-addled neighborhoods of Los Angeles.

The original “Training Day” grossed more than $100 million at the U.S. box office, and was distributed by Warner Bros. Pictures, which has, according to Sneider’s report, locked down Yarborough to write the screenplay. Yarborough’s Black List-favorited script “Letters from Rosemary Kennedy” currently has Elisabeth Moss attached to star, and “The Lunchbox” helmer Ritesh Batra tapped to direct. David Ayer, who most recently directed “Suicide Squad,” wrote the script for Fuqua’s 2001 film.

Another busted “Training Day” spinoff was the 2017 crime-thriller television series of the same name, starring the late Bill Paxton and Justin Cornwell. This was among Paxton’s final screen performances. Network CBS canceled the series after one season, which ran from February through March 2017.

IndieWire has reached out to a Warner Bros. representative for comment regarding the “Training Day” prequel.