Anyone hoping to see Tom Hardy and Tom Holland face off on the big screen is in luck. 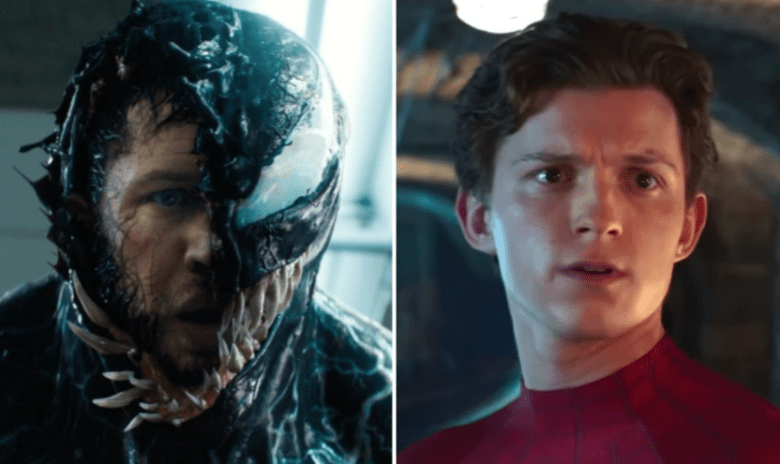 “Venom” and “Spider-Man: Far From Home”

Tom Hardy and Tom Holland will be facing off on the big screen as Venom and Spider-Man, at least according to “Venom” director Ruben Fleischer. The filmmaker is currently making the press rounds in support of his new action comedy “Zombieland: Double Tap” and confirmed to Fandom that the plan for Hardy’s “Venom” franchise from the beginning has been for it to build to a “Spider-Man” crossover movie.

“That’s where it’s all going to lead,” Fleischer said. “And that’s the exciting thing, because we changed the origin of Venom [for the first movie]. In the comics, he evolved from Spider-Man but because of the Marvel-Sony thing we weren’t able to do that. And so the thing I think it’s building towards, and will be exciting to see, is when they actually do confront each other.”

Fleischer’s involvement with “Zombieland: Double Tap” prevented him from taking on the “Venom” sequel, which is going into production before the end of the year with director and motion-capture wizard Andy Serkis. Fans have long expected Holland’s Peter Parker/Spider-Man to face off against Hardy’s Venom. Marvel Studios president Kevin Feige said in June that a crossover movie “seemed likely,” although it all depended on Sony.

The prospect of a Hardy/Holland superhero crossover became more real following the Disney-Sony split earlier this year. The two studios failed to reach a new agreement on terms for sharing the Spider-Man character, effectively removing Holland’s Spider-Man from the Marvel Cinematic Universe. Sony Pictures chairman and CEO Tony Vinciquerra said last month he was not worried about the split because Sony had franchises like “Venom” already launched that could keep the momentum of Holland’s Spider-Man going.

“Spider-Man was fine before the [MCU], did better with the event movies, and now that we have our own universe, he will play off the other characters as well,” Vinciquerra said. “I think we’re pretty capable of doing what we have to do here.”

Disney and Sony eventually cracked a new deal for Holland’s “Spider-Man” to appear in one more standalone MCU movie, which already has a July 2021 release date. The character will also pop up in another MCU, which fans are speculating will be a “Fantastic Four” film. Following those two Disney-Marvel films, the rights to Holland’s character will revert fully back to Sony, thus creating a window for a Holland/Hardy crossover. Sony’s “Venom 2” will be released in 2020.