The actor steals the show as a good-natured attorney in Noah Baumbach's latest, but some of his best recent work goes beyond the acting arena. 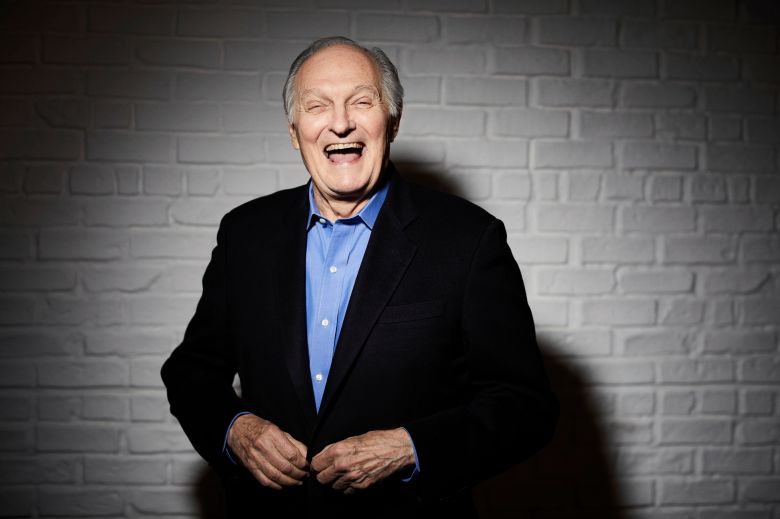 There’s a sobering moment in the divorce odyssey of Noah Baumbach’s “Marriage Story” when future bachelor Charlie (Adam Driver) sits down in a scrappy office, finding a welcome alternative to the aggressive and costly lawyer (Ray Liotta). Charlie’s new legal advisor, Bert Spitz, has a world-weary smile and strikes an inviting tone. In other words, he’s Alan Alda. “Most people in my business, you’re just transactions to them,” Bert says. “I like to think of you as people.”

Alda, 83, has played nasty characters before — consider his Oscar-nominated turn as scheming Senator Ralph Owen Brewster in “The Aviator” — but the warmth and clarity of his “Marriage Story” turn epitomizes the actor’s amiable pop-culture appeal, as well as his ongoing capacity to wrestle meaning out of messy modern times.

Alda’s gentle baritone and earnest grin have been hallmarks of American storytelling since the height of his fame in the 1970s, when he starred in (and often directed) CBS’s hit show “M*A*S*H.” These days, however, his portfolio has diversified: In addition to his “Marriage Story” role and a regular gig as a therapist on “Ray Donovan,” Alda is now on season six of his weekly podcast, “Clear and Vivid,” in which he interviews a multidisciplinary roster of major figures about the value of clear communication.

“An awful lot of collaboration happens among people who don’t really understand each other’s language,” Alda said on a recent afternoon at his rented office near Lincoln Center. “That’s not good enough.”

In “Marriage Story,” Bert transforms the complex legalese of divorce into terms that Charlie can understand, but frustrates his client with the suggestion that they’ve been steamrolled by Nora (Laura Dern), the hotshot attorney hired by Charlie’s estranged wife Nicole (Scarlett Johansson). However, Bert’s advice that Charlie back down from the courtroom fight winds up as some of the most practical.

“It’s not that he’s ineffective,” Alda said. “It’s that he has a set of standards that he doesn’t want to compromise. That partly may account for why he has such a shabby office.” He laughed and looked around at his own makeshift workspace. “I’ve seen this movie three times, not to watch myself, but to watch the movie,” he said. “It really was done in such an even-handed way. Each time I see one character’s point of view better than the other.”

These days, Alda is all about making people heard. He was politically active decades ago, most prominently with his role in pushing for the Equal Rights Amendment, but in 2009 he launched the Alan Alda Center for Communicating Science, which now boasts some 15,000 enrolled scientists from all 50 states and eight countries. The workshops build on Alda’s improvisation background to teach scientists how to explain their work in laymen’s terms. More recently, that mission has taken on wider resonance.

“At first, I discovered that I could be helpful for scientists,” Alda said. “Then people began telling me, you know, this is helpful for everybody. ‘It’s saving my marriage!’ So on the podcast, I talked to a hostage negotiator, a sex therapist, comedians, people who you don’t think have interesting stories about communicating or relating to people.”

Alda also talked to Driver about his military service, generating a lively and animated interview from the typically reserved actor. A conversation with Baumbach is on the schedule as well. “It’s not because they’re in the movie, but I just want to talk to them about their work and how much communicating plays a part in it,” Alda said. “Why so many people want to direct, I don’t know.” 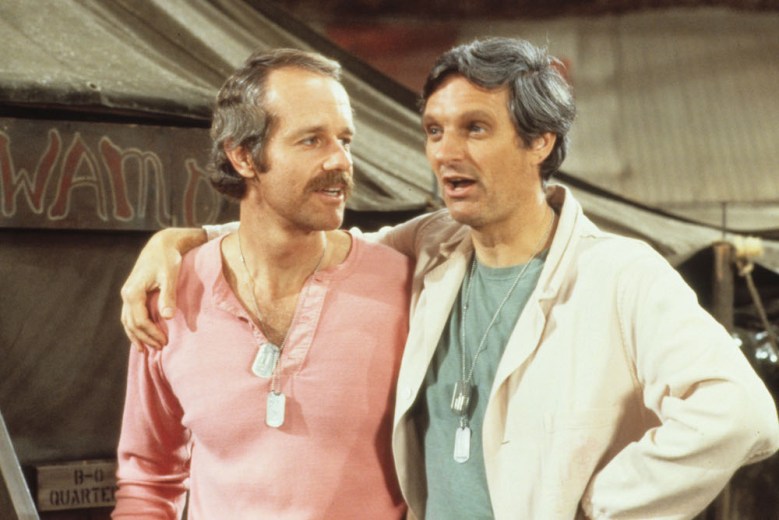 When M*A*S*H ended after 11 seasons — Alda directed the record-breaking finale — he found himself trapped between uncertainty and relief. “I was the main person behind stopping the show, because I felt we had gone as far as we could go creatively and thought we could only go downhill,” he said. “But even so, not having that intense work schedule every day was like stepping off a speeding train.” He found his footing by writing and directing “Sweet Liberty” in 1986, and enjoying a range of roles in everything from Woody Allen movies to “The West Wing.” But directing no longer interests him. “I don’t have any desire to do it again,” he said. “I’ve always been in a process of discovery.”

Alda’s only acting education came from improvisation classes and a few instructional sessions on how to be a mime. However, that improv lay the foundation for the studied realism that often makes him stand out onscreen. “These characters probably seem like real people because of their spontaneity,” he said. He began hosting “Scientific American Frontiers” on PBS in the early ’90s, and gradually realized that the communication between actors during the improvisation process could be applied to scientists as well.

“I was listening to what they have to say and trying to understand them so they related to me, instead of the lecture in their head,” he said. “I didn’t want to hear that. I realized that I could help scientists communicate better if I taught them how to make that connection. Imagine telling a long dinner story. It’s like, why should anyone care?”

That conundrum comes to bear in “Marriage Story,” when Bert attempts to tell a lengthy joke to his despondent client while Charlie shoots nervous glances at the clock. “I know a lot of lawyers,” Alda said. “Their job is not to do what’s fair, but to do what serves the client. In this case, he doesn’t serve what the client wanted.”

That’s where he differs from his character: Alda remains one of the few actors of his generation still capable of giving the people what they want. And he surfaces all over the place, from disgraced comedian Louis C.K.’s self-distributed online series “Horace and Pete” — “I respect Louis so much as an artist, but he did a terrible thing,” he said earlier this year — to a marvelous cameo on “Broad City,” where he played an eccentric chiropractor. “They’re talking a different language, and I like to learn languages,” he said of the show’s creators. “I’m curious to work with younger people to learn their approach to things.” 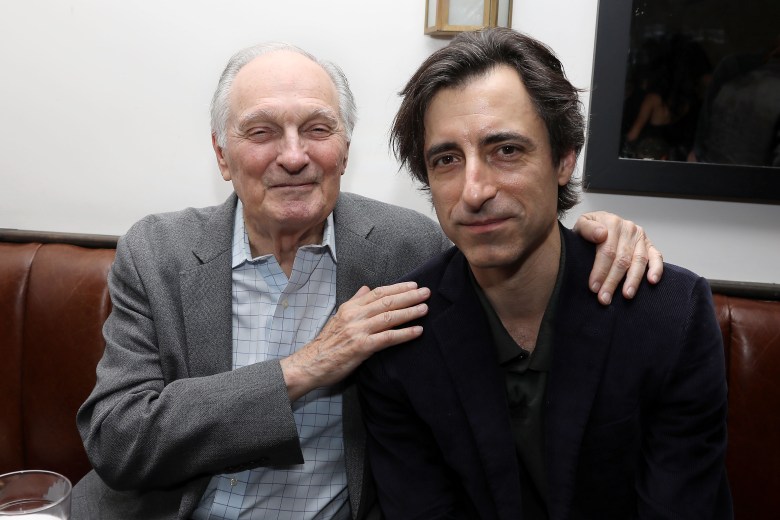 Alda’s schedule has allowed for some “Marriage Story” promotional duties, but it’s even more loaded with other commitments, including an upcoming Audible book about Vietnam veterans who became award-winning researchers. However, he has been reticent to accept the many offers for speaking gigs about living with Parkinson’s Disease after going public about it last year.

“I think I’m making my contribution mainly by working and not being quiet about it,” he said. He first learned of the disease nearly five years ago and had been wrestling with when to speak publicly about it. Then a tabloid photo appeared of him on the street. “I looked haggard, so their story was that I was dying, and that my friends were imploring me to tell all before I died,” he said. “I don’t know what I was supposed to tell.” He flashed that grin again. “I realized over time that if it came out on their terms, it would come out as a pathetic story, and only contribute to the stereotype that life is over when you have Parkinson’s,” he said. “It’s not over. There are people who have progressed to a very serious state, and I don’t mean to trivialize what they go through. But for most people, before you get to that state, you have a lot of living you can do.”

Alda’s life philosophy has intensified with the divided nature of our times, which he said reminded him of America’s fracturing during the Vietnam war. “One of the reasons I do the podcast is to try to help people get out of this mess we’re in right now,” he said. “People don’t just disagree with one another; they hate one another. It’s holding us back.” But Alda was quick to downplay his drive, regardless of how it might come across.

“You know, I’ve wandered into something that I didn’t expect,” he said. “I had no idea I’d be doing this. One step led to the other, and it’s making some small contribution.” He shrugged off a question about how he wanted to be remembered after he’s gone. “I don’t understand people who worry about legacy,” he said, and recalled a visit to the Pere-Lachaise cemetery in France. “It’s huge,” he said. “There are three-story monuments to people I’ve never heard about. Pyramids to people most of us don’t know who they are. That’s not a legacy to me.”

The smile came back once more. “The legacy is if you’ve managed to leave behind something useful, whether it’s not your name on it or not,” he said. “That’s what I’m shooting for.”

This Article is related to: Awards and tagged Alan Alda, Interviews, Marriage Story