The American workers were distrustful of the media, while the Chinese workers presented a challenging language barrier. 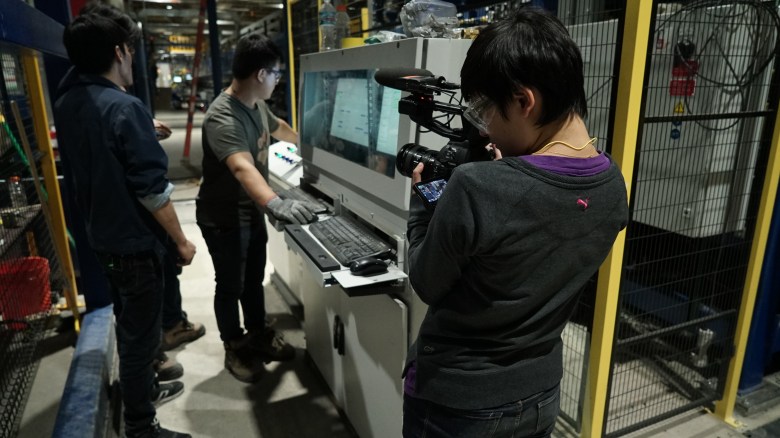 In “American Factory,” documentarians Steven Bognar and Julia Reichert explore what happened when a Chinese manufacturing company moved into a shuttered General Motors plant near Dayton, Ohio. The film, crafted from over 1,200 hours of footage shot over three years, demonstrated an extraordinary level of access to American and Chinese workers, executives, and the factory itself — and Reichert said that creating relationships was key to getting such an unfiltered look.

“American Factory” picks up where Bognar and Reichert’s Oscar-nominated short, “The Last Truck: Closing of a GM Plant,” leaves off. The former GM plant in question is the one in Moraine, Ohio, just outside Dayton, which produced cars and provided solid jobs for thousands for nearly 30 years until it was shuttered in 2008.

The Chinese glass company Fuyao reopened the plant in 2016, employing many of those who were left jobless after GM left town.

Reichert spoke via Skype from her Ohio home to the Los Angeles audience of a recent International Documentary Association (IDA) screening, part of IDA’s annual awards-season series that looks back at the year’s best nonfiction films.

“The General Motors plant was like the heart of the blue collar, middle class of our town, Dayton, Ohio,” she said. “So we started meeting people down at the local bars and around the plant and eventually with a lot of persistence gained the trust of the people who work there who really didn’t trust the media at all — they always would show workers as really dumb and they would go to the local bar like we did. They would shoot them drunk in the back of the room and put them on screen and they always would listen more to the company point of view than the worker point of view.”

While gaining that access was a challenge, Reichert said creating a relationship with the Chinese leaders and workers of Fuyao would have been nearly impossible without two co-producers, Mijie Li and Yiqian Zhang.

“They were with us in China. They came to Dayton many, many times and were able to create relationships with people like Wong — when you see those scenes with Wong talking at the table, I believe Steve was shooting, but he didn’t know what they were talking about,” she said. “It was really Yiqian who created that space and that comfort and was a great listener.”

Reichert continued: “She also really educated me and Steve and the rest of the team about Chinese culture. These folks are born and raised in China. We just would have discussions late into the night about the Chinese educational system and about work expectations in China, about when did they get to start reading books after the cultural revolution.”