After almost a decade on 'Scandal', Washington decided to take on the most challenging role of her career — first on stage, then for Netflix. 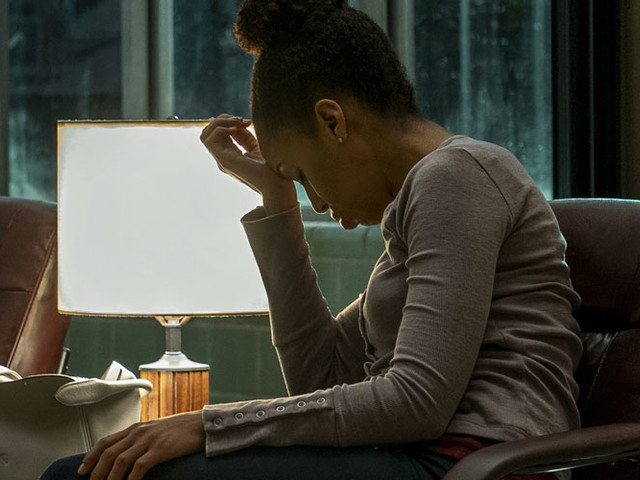 After finishing a seven-season run as Olivia Pope in ABC’s “Scandal,” Kerry Washington fully expected to take a much-needed break. But then the script for a play called “American Son,” by Christopher Demos-Brown, fell in her lap, and her plans soon changed, although with some trepidation.

“I was very resistant to the idea because I was tired and, for me, acting on stage is the hardest kind of acting you can do,” Washington said. “You don’t have a score, you can’t fix any problems in post, and you’ve got to get it right on the day in the moment. There’s nothing to hide behind. But for those same reasons, it’s also the most rewarding experience an actor can have.”

The script, which follows Kendra Ellis-Connor, the black mother of an interracial teenager who has gone missing, came courtesy of Broadway producer Jeffrey Richards, who also produced Washington’s Broadway debut, David Mamet’s “Race,” a decade ago. She read it, and quickly fell in love with the story and characters. That Tony-winning director Kenny Leon was already attached to direct the play was even more motivation for her.

“When I heard that Kenny Leon was directing it, I got that butterfly feeling and thought, ‘Oh I think I’m going to end up doing a play,’ because I love Kenny and I was so blown away by the material,” she said. “I just thought that it was so smart and unflinching and really important and moving.”

Adapting the play to film wasn’t initially planned; That decision would come while it was being shopped to potential financiers. Washington was heavily involved in that entire process because she took on a role as producer via her production company Simpson Street, which she launched in 2016.

“When I called Jeffrey and told him that I loved the material, I said that I was excited to come onboard as an actor, but also at this point in the trajectory of my production company, it’s hard for me to take on something of this size without being a producer as well,” she said.

And it was during the pitching process that her experience in film and television primarily made her realize that there was potential for the material to exist beyond the theater. There was interest from a number of platforms, but it was Netflix that ultimately won rights to the adaptation.

The play ended a 16-week run at the Booth Theatre on January 27. The announcement of the Netflix adaptation came a week earlier, and filming started very soon after, in February, with Washington and her three stage co-stars – Steven Pasquale, Jeremy Jordan, and Eugene Lee – all reprising their performances. Leon also returned to direct.

The film was shot in less than five days, an incredible feat. Although it certainly helped that the cast and crew were already intimately familiar with the material, and that filming occurred immediately after the play’s run ended. Other than some blocking practice, rehearsals were practically unnecessary.

“We were shooting 23 pages a day, which was extraordinary, but we had already lived with these characters for four months and so we knew everything,” Washington said, describing the play as a dance between four people, and the film becoming something a bit more, with the introduction of crew behind the camera. “It was something to watch the camera and boom operations, as well as the focus pullers all maintain their physical endurance and mental concentration for these long 20 to 25 minute takes.”

And the entirety of the Broadway play – every single scene and line of dialogue – was transferred verbatim to the screen. Although since film is a visual medium, a few visual liberties were taken, including the insertion of a number of flashback sequences which are only talked about in the play.

And while the central event in the play is seen through the perspective of four characters, director Leon and Washington decided to tell the story through the eyes of her character. “The DP must have seen the play a hundred times, sitting in a different seat each time, because that was him doing his blocking rehearsal,” she said. “And I think that he and Kenny understood that we had to grasp all four characters’ perspectives. But visually we kind of agreed that it’s Kendra’s nightmare which every other character kind of walks into.”

Calling it the most challenging role of her career, Washington talked about her approach to depicting that nightmare as an “Alice in Wonderland” kind of story.

“I thought of it as almost like a waking dream and discovering things for the first time and not knowing what’s going to happen next,” she said. “There’s that sense of a lack of control that you have in a dream and there’s a rhythm to it that’s uncomfortable and unexpected.”

And it was that notion that director Leon used as a framework to guide his camera, Washington said.

Given the hectic pace of the shoot, the density of the dialogue and her character being in practically every scene, it was an emotionally demanding performance for Washington; one that required some recuperation once filming was complete. Although for the actress, it  didn’t come in the form of a vacation or therapy (as was the case for Michael B. Jordan after he played Killmonger in “Black Panther”).

“I’m finding a little bit that the characters I’ve played have really been detoxes for each other in a way, so I just dive right into the next thing,” she said. “I felt like Kendra was very much the un-Olivia Pope. She was everything that Olivia wasn’t. Most importantly, Olivia chose not to be a mother and becoming a parent requires a level of vulnerability that we could not fold into her character. Playing Kendra allowed me to really explore motherhood.”

And as a relatively new mother herself with two children, the character especially resonated with her.

“It was really good for me and for my tool box to shake Olivia off and transform into her opposite,” Washington said. “But also, being a black mother of black children, it made me think about my own children, and what it means to try to raise them in a world that isn’t so safe. So it was very personal and political for me.”

Up next for the actress is directing a project for television, although she couldn’t discuss it. It won’t be her first time behind the camera. She has directed episodes of “Scandal” and “SMILF.” And then she’ll take on another character – also a mother named Mia Warren – in “Little Fires Everywhere,” Hulu’s serial adaptation of the 2017 novel by Celeste Ng.

And in Mia Warren, Washington gets to shake off Kendra Ellis-Connor somewhat, playing a mother who is forced to heal her relationship with her child. “There was this really profound completion or healing of Kendra because in ‘Little Fires’, the kind of deep regret and loss that Kendra experiences, I got to heal that with playing Mia in a lot of ways.”