The biracial daughter of a Senegalese father and French mother, raised in France, Diop has found her voice in Africa. 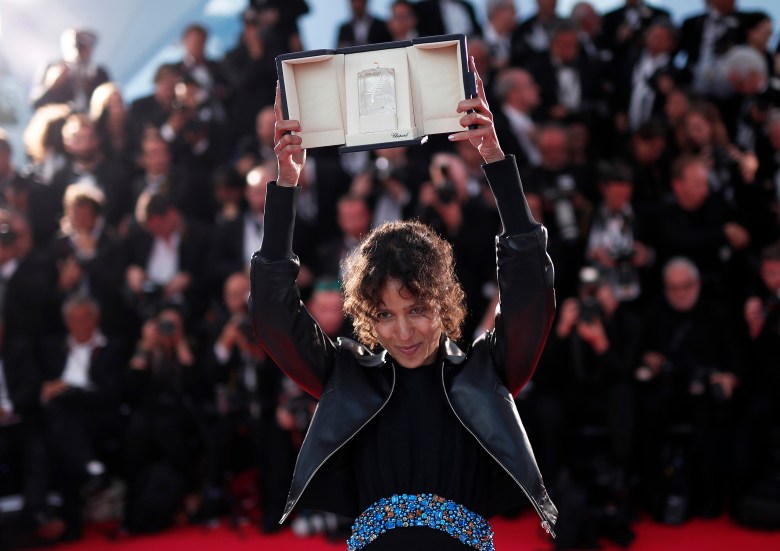 There have been several films chronicling on African migration — specifically, undertaking the treacherous journey over the Atlantic in search of better lives — and they’re almost always male-centric and grounded in stark realism. Mati Diop’s “Atlantics” upends that tradition. The Cannes-winning feature debut harnesses fantasy to tell a haunting story about the women who are often left behind. And although Diop hasn’t directly lost loved ones at sea, the story is also a symbolic representation of her own journey as she comes to terms with her identity.

The film, which was selected as Senegal’s entry for Best International Film Oscar consideration, made history when “Atlantics” premiered at Cannes this year and won the Grand Prix. Diop became the first black woman to direct a film featured in the festival’s Competition section; Netflix acquired the title before the end of the festival, solidifying Diop’s breakthrough status. But the acclaim has been a long time for Diop, whose prior filmmaking and acting experience have been building to this moment for the past decade.

A blend of romance and socio-political commentary, “Atlantics” is laced together by a surreal dreamscape. The film follows seventeen-year-old Ada (Mama Sané), who is in love with Souleiman (Ibrahima Traoré), a construction worker, but has been promised to another man by her family. One night, the workers (including Souleiman) decide to leave the country by sea, in search of brighter futures. Whether they make it is a mystery. Several days later, a fire ruins Ada’s wedding. Meanwhile, a mysterious fever starts to spread with incalculable ramifications, as strange, poetic circumstances pile up, against the backdrop of a soon-to-be-inaugurated futuristic tower that looms over the city.

For Diop, these abstract circumstances were grounded in the experiences of a character who reflected her own concerns. “A first film is typically autobiographical, even if indirectly,” Diop said in a recent interview. “Creating the character of Ada in the film was a way for me to experience the African childhood I never had. Also, I could identify with the women who have suffered from the collective trauma of the men who have died.”

From the moment it screened at Cannes, this strikingly original debut transformed Diop into a breakout talent overnight. The filmmaker comes from a lineage a great artists: She’s the daughter of internationally-renowned Senegalese musician Wasis Diop, and niece to African cinema pioneer Djibril Diop Mambéty. Now a filmmaker herself, Diop doesn’t feel trapped in her late uncle’s shadow, nor is she burdened by being a member of a prominent Senegalese family.

“I’m very aware of the privilege of my heritage,” she said. “However, it isn’t something I’m carrying on my shoulders. …Being the niece of a great artist doesn’t really mean anything. It’s what you do with the legacy. I even made a film about this.”

That film was “Mille Soleils” (“A Thousand Suns”), a 45-minute 2013 documentary that explores the legacy of the seminal 1972 film, “‘Touki Bouki,” made by her uncle. In “Mille,” Diop journeys in search of her origins through the footprints left by “Touki,” and along the way, gets to know its two main actors, 35 years later. “Touki Bouki” both highlights and struggles with the hybridization of Senegal, blending its complex formalism with a humorous edge. According to Diop, it’s the film where her uncle’s influence on her work is especially prevalent, and remains her most personal work. 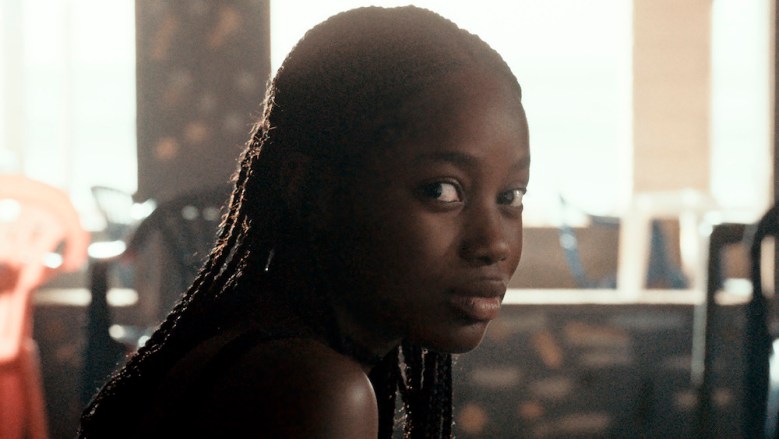 “‘Mille Soleils’ is very connected to my exploration of my African and Senegalese identity,” she said. “Just going to Senegal to make the film, was very personal and definitely about the need to explore my African origins.”

The biracial daughter of a Senegalese father and a French mother, Diop was born and raised in Paris. She said her privileged childhood environment shielded her from her African heritage. “I grew up in surroundings that were French and very white, and I was adopting their culture without even realizing that I was losing touch with my Africanness,” she said. “And I’m very happy that I was able to make myself aware of this, which was like a survival instinct.”

She started her career as an actress, starring in Claire Denis’ 2008 drama “35 Shots of Rum.” The experience was life-changing for the 25 year-old. Playing the daughter of a black father (Alex Descas) reminded her of her blackness, which effectively launched her investigation into her African identify, and working with Denis was inspirational in other ways. “It allowed me to see a woman as a filmmaker,” Diop said. “And so it made me realize that I could be a filmmaker myself.”

Trained at Le Fresnoy (a leading and very selective French artistic institution), Diop would direct her first film, the short “Atlantiques” (2009), a year later. The short would later inspire “Atlantics,” though it features a very different premise: “Atlantiques” finds a young man retelling the story of his treacherous sea-crossing during a period known as “Barcelone ou la Mort” (“Barcelona or Bust”) in 2008, when thousands of young Senegalese fled the country for Spain in search of better lives. Many of them drowned in the ocean.

In “Atlantics,” which serves as a symbolic continuation of the short, the ghosts of the tombless boys who died return to possess the women they left behind. In a merging of souls, their struggles continue within the bodies of the ones who loved them, who also have their own battles to fight at home.

For Diop, the exodus of young Senegalese during the “Barcelone ou la Mort” didn’t bode well for the country’s future, especially as she was just starting to discover it. But she found hope four years later, when Dakar, the country’s capital city, was shaken by a youth uprising calling for the resignation of then-president Abdoulaye Wade, whose administration was marred by allegations of corruption, nepotism and restrictions on freedom of the press and other civil liberties.

“This awakening had a great effect on me because, in a symbolic way, it reminded us that Senegalese youth were still there, and we had maybe turned the page on a dark chapter,” she said. “For me, the uprising carried within it, the spirits of those who died at sea. It was one single, continuous story, and that is what I wanted to show in ‘Atlantics’.”

Despite its political dimensions, “Atlantics” is primarily a love story about an impossible love, stolen by injustices. It illustrates how, for the women who remain behind, the act alone carries a similar profundity and urgency — as it does for the men who leave.

“When I started writing the script, I realized that I hadn’t really seen any film with a black couple that was worthy of Romeo and Juliet,” Diop said. “And through Ada and Souleiman I wanted to relate a similar kind of tragic love, in the age of rampant capitalism.”

It’s a fable that might live on in more films, Diop admitted, although not anytime soon. “The future will tell,” she said. 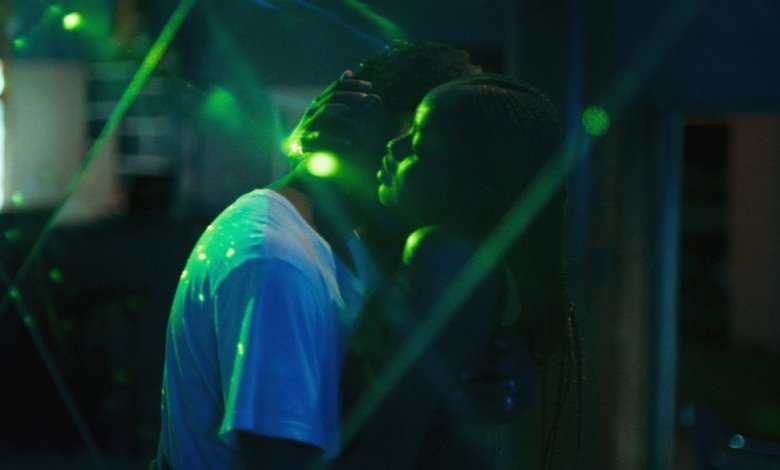 At the moment, she’s in no rush to begin her next project. “I don’t think I would be able to carry on my shoulders a project for so many years if it’s not an absolute necessity,” she said. “It’s very important work, making a film. So any idea really has to come from a visceral place. Otherwise, I’m not sure it can work for me.”

Even if Hollywood does come calling, Diop said she would only field offers with “guaranteed independence as a writer, as a filmmaker, as an artist, and as a person.” Of course, her current success didn’t materialize out of thin air. “I’ve been working very hard for a very long time, so while I definitely feel grateful that my work and the work of my team, is being appreciated, it didn’t just come from nowhere,” she said. “Artists often work very hard for a very long time without receiving any legitimate attention, so I feel very thankful to be able to savor the fruits of what I’ve dreamed about.”

This Article is related to: Awards and tagged Atlantics, Consider This, Mati Diop