Lourd pays tribute to her mother in a moving new essay. 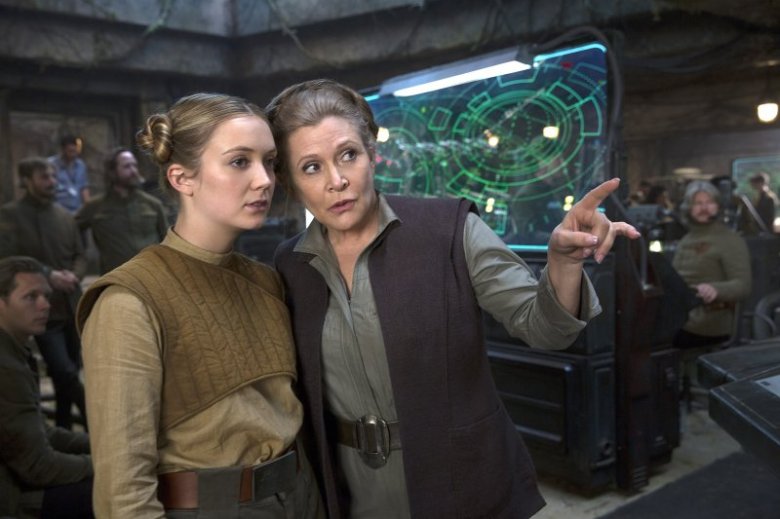 Billie Lourd has penned a moving essay for Time Magazine about her mother, Carrie Fisher, who died in December 2016 at the age of 60. At the time, Fisher had just wrapped reprising her role as Princess Leia in director Rian Johnson’s “Star Wars: The Last Jedi.” Indeed, the actress will appear posthumously in the upcoming “The Rise of Skywalker,” which will be released on December 20. In the essay, Lourd recalls how her mother was enthusiastic about “The Rise of Skywalker” because she felt it was going to be “her movie.”

“We wrapped ‘The Last Jedi’ a little less than six months before she died. I went back to L.A. to film the show I was on, and she stayed in London to film the show she was on. One of the last times we spoke on the phone, she talked about how excited she was that the next movie in the trilogy was going to be Leia’s movie. Her movie,” Lourd writes.

What that means for “Star Wars” fans remains an open question, but the essay nevertheless stands as a touching tribute to the actress who made bun-haired Leia an icon. “When Leia was around, there wasn’t as much room for my mom — for Carrie. As a child, I couldn’t understand why people loved Leia as much as they did. I didn’t want to watch her movie, I didn’t want to dress up like her, I didn’t even want to talk about her. I just wanted my mom–the one who lived on Earth, not Tatooine,” Lourd writes.

The essay is a moving remembrance of the actress, who was also a celebrated writer, baring her soul in such books as “Postcards From the Edge” and “Wishful Drinking.” “I realized then that Leia is more than just a character. She’s a feeling. She is strength,” Lourd writes. “She is grace. She is wit. She is femininity at its finest. She knows what she wants, and she gets it. She doesn’t need anyone to defend her, because she defends herself. And no one could have played her like my mother. Princess Leia is Carrie Fisher. Carrie Fisher is Princess Leia. The two go hand in hand.”

Regarding Fisher’s role in the forthcoming J.J. Abrams “Star Wars” film, Lourd writes, “About a year later, J.J. called me into his office to talk about the plans for Leia. We both agreed she was too important to be written off in the classic Star Wars introductory scroll. This last movie was supposed to be Leia’s movie, and we wanted it to remain that, as much as possible. What I hadn’t known — and what J.J. told me that day — was that there was footage of my mom that they had collected over the years that hadn’t made it into the movies, footage that J.J. told me would be enough to write an entire movie around. It was like she had left us a gift that would allow Leia’s story to be completed. I was speechless.”

Lourd is also a prolific actor herself, having recently appeared in the new season of “American Horror Story,” along with “The Last Jedi” and “The Rise of Skywalker” as Lieutenant Connix. She previously had a recurring role on the FX series “Scream Queens.”