Bale was Oscar nominated earlier this year for his transformative role as the former Vice President of the United States. 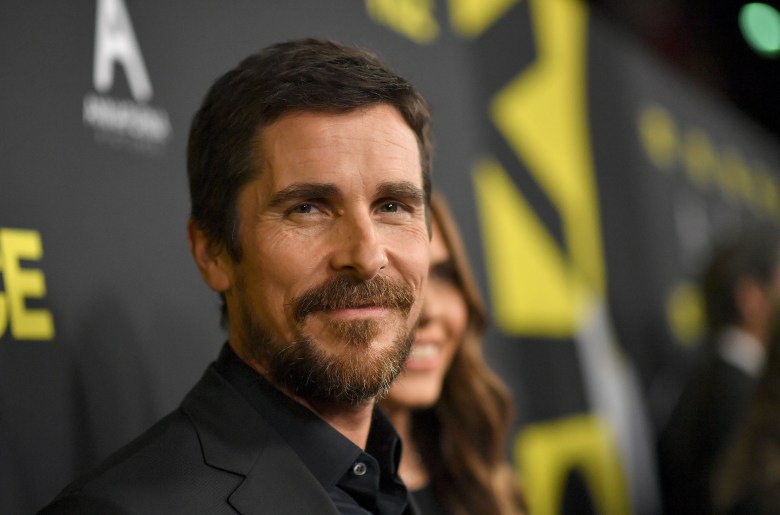 Christian Bale’s performance as Dick Cheney in Adam McKay’s “Vice” impressed Oscar voters earlier this year (it earned him an Oscar nomination for Best Actor in a Leading Role), but it most definitely did not make a fan out of the former Vice President himself. Just ahead of the movie’s one-year anniversary, Bale has shared the bluntly negative note he got from Cheney in reaction to his transformative “Vice” performance.

“I don’t know if he ever did. I’m not sure if he ever did,” Bale told Yahoo Entertainment when asked if Cheney ever saw “Vice.” “He did pass along a message to me. It was strangely enough through my son’s school. One of the moms, she was at a party he was at. She said, ‘Oh, I’m going to be seeing Christian tomorrow. Do you have anything to say to him?’ And he said, ‘Tell him he’s a dick.'”

Just when you think Cheney was making a pun on his name (of course Bale was a dick if he was playing Dick Cheney), Bale said that doesn’t seem to have been the tone. “I thought, oh at least he’s got a sense of humor,” the actor said. “And [the mom] said, ‘No there was no humor to that whatsoever.”

Both Bale’s performance and McKay’s film as a whole was highly critical of Cheney and his run as Vice President. Bale won the Golden Globe for Best Actor in a Drama and infamously said during his acceptance speech, “Thank you to Satan for giving me inspiration on how to play this role.” Evoking Satan while talking about his Cheney role prompted an enraged response from Cheney’s daughter, Liz Cheney, who resurfaced assault allegations against Bale on social media. “Satan probably inspired him to do this, too,” Cheney wrote in a caption accompanying the allegations.

Bale ended up losing the Oscar for Best Actor to “Bohemian Rhapsody” star Rami Malek. Bale is back in the Best Actor running yet again this Oscar season for his starring role in “Ford v. Ferrari,” in theaters November 15 from Disney/Fox.

Christian Bale tells me he finally got a message from Dick Cheney about that portrayal of him in VICE.

Cheney called him “a dick.” pic.twitter.com/XG8Ug8fvWw

This Article is related to: Film and tagged Christian Bale, Dick Cheney, Vice