After "Get Out," the Oscar nominee tells IndieWire why "soul movies" are what moves him, and always will. 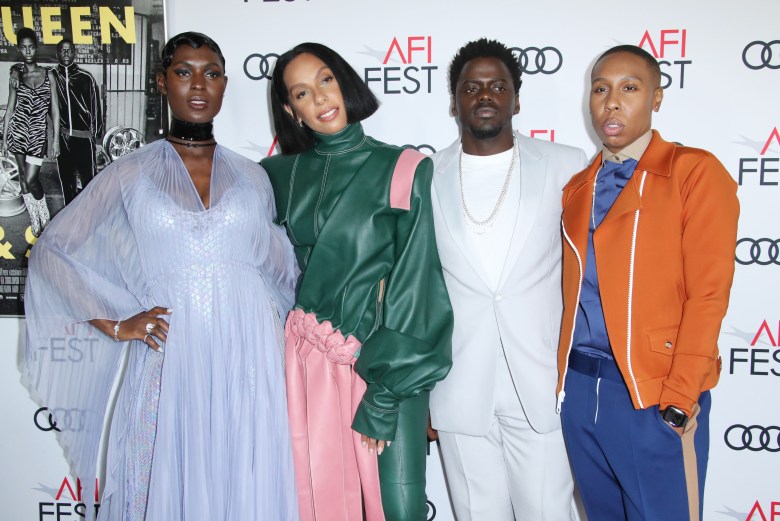 When Jordan Peele’s “Get Out” arrived in theaters in early 2017, everything changed. The first directorial effort from an actor best known for his comedic work isn’t just a terrifying, wholly original horror movie, but one that also deals with the state of race relations in present-day America in frank terms. It’s funny and scary, smart and chilling, and that it went on to make over $250M at the box office and earn four Oscar nominations in the process (with first-time nominee Peele ultimately winning Best Original Screenplay) seemed like a pointed signal to the studio system about the latent power of the kind of film audiences want to embrace.

It also made star Daniel Kaluuya into something of an overnight success, earning the British actor his first Oscar nomination and catapulting him to a new tier in the industry ecosystem. That it happened with such an apparent gamble of a film suits Kaluuya — he’s used to falling for projects that Hollywood hasn’t always readily embraced. For his first leading role post-“Get Out,” he’s doing it all over again, thanks to Melina Matsoukas’ raw and revolutionary “Queen & Slim.”

Widely billed as a “black Bonnie and Clyde,” the film sees Kaluuya starring alongside newcomer Jodie Turner-Smith as a pair of unlikely lovers thrust into a horrific situation after their first date is interrupted by an ill-fated traffic stop by a white police officer. Tragedy follows, but so does an unexpected bond, as the duo run for their lives and find joy, pain, solidarity, and instant fame along the way.

It’s hardly the kind of film most studios make, but not only is the Lena Waithe-penned drama arriving in theaters care of Universal Pictures (which also released “Get Out”), it’s doing so smack in the middle of the Thanksgiving holiday week.

Kaluuya, however, isn’t quick to heap praise on the studio for its backing of the film. Over breakfast in downtown Manhattan weeks before the film’s AFI FEST premiere and its following theatrical release, he was blunt about what it “means” that a high-powered studio is releasing such a timely drama, one that Waithe herself has called “protest art” that chronicles “what it looks like to be black and in love while the world is burning all around you.”

“It’s how it’s supposed to be. A lot of progress, it’s not progress. It’s been taken from us. I don’t celebrate things that are supposed to be,” Kaluuya told IndieWire. “There’s a lot of provocative narratives that have been released by the studios showing the white experience. You don’t question that. I think it’s just exciting that they’re supporting original material, original storytelling. There’s freshness to that and a freshness to perspective and a freshness of ideas. I’ve always tried to make decisions [with my roles] that if it doesn’t work out, I can always stand by why I did it.”

Kaluuya locked most of his big post-“Get Out” roles — including “Black Panther” and “Widows” — before anyone had even seen a trailer for Peele’s eventual Oscar winner. The majority of his big American projects, he said, came from his work in “Sicario,” which served as his primary introduction to domestic audiences. “I think Americans in general don’t really know me, I’ve been working for coming up to 15 years now, so to a lot of Americans I’m new,” he said. “I’m like two, three years old. In England, I’m kind of a teenager, but out here, I’m like a toddler.” 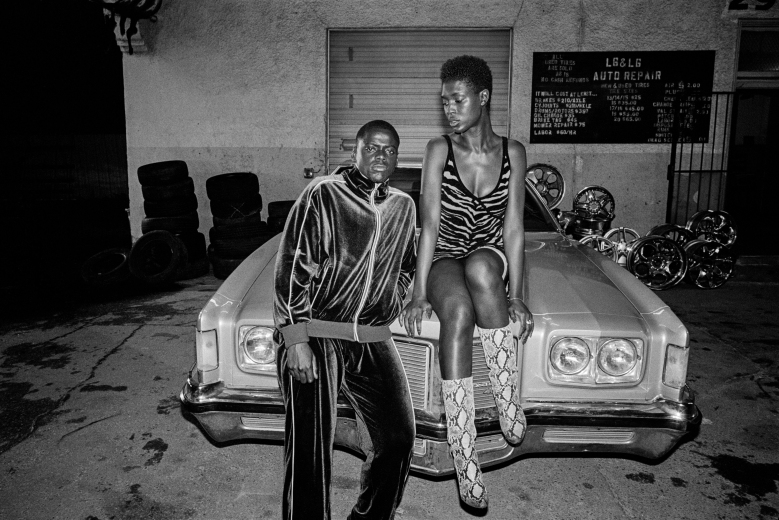 But “Queen & Slim” was different, a project that really was only possible because of Kaluuya’s breakout role, at least from a practical standpoint: the actor met Waithe at a screening for the film. (The event was hosted by Chance the Rapper, a detail that still appears to tickle Kaluuya.) “I’d read an episode of ‘The Chi’ years ago and I was like, ‘This writer’s amazing, man. This person’s amazing,'” he said. “Before the film came on, and I went up to her and I said, ‘I think you’re great.’ I do that, I like saying, ‘If you think someone’s good, tell them.’ Giving them flowers when they’re living.”

Kaluuya said that Waithe quickly laid out her idea for what would become her first feature, eventually set to be directed by Melina Matsoukas, then best known for helming instantly iconic music videos like Beyoncé’s “Formation” and Rihanna’s “Rude Boy.”

“I’m like, ‘What? Your voice with that idea, I want to read that,'” Kaluuya said. “How I see films is, if you heard that story at a friend’s house and someone was like, ‘This happened and then this happened,’ and you’re like, ‘What happened then?,’ that’s how films should be. It had that quality to it.” Waithe sent Kaluuya her first draft of the screenplay — it was so early in the process that Kaluuya may have been Waithe’s first reader — and he immediately knew he wanted to do it. He still had some hustling to do, however.

The actor admits that Matsoukas wasn’t initially sure about him, perhaps because she had just seen “Get Out,” but he was eager to meet with her to talk about it in person. “I think it was the ‘Get Out’ stuff and the character I played in ‘Get Out,'” he said. “I like sitting down with people. If it ended up she didn’t want me for the project, that’s fine, it’s her vision.”

The pair “vibed out,” Kaluuya said, just as he and Waithe had during their meetings. That doesn’t mean Kaluuya is used to everyone instantly liking him. Both “Get Out” and “Queen & Slim” follow American characters in situations that are wholly informed by the racist attitudes of fellow Americans, a concept that has made some people believe that those roles should be filled only by American actors, not Brits like Kaluuya and Turner-Smith.

Kaluuya dealt with the backlash during Peele’s film, even directly responding when fellow actor (and MCU star) Samuel L. Jackson said during a radio interview, “There are a lot of black British actors in these movies. I tend to wonder what ‘Get Out’ would have been with an American brother who really feels that.” Kaluuya is not necessarily used to the critiques now, but he understands them, and he’s happy to engage with them through both a historical and personal viewpoint.

“It speaks to a lot of African American erasure of credit and agency in history, so I try and always see it from that lens,” the actor said. “It’s about what I am, not who I am. What I am is not necessarily who I am. … People are going to feel how they feel, and maybe they don’t trust you, maybe they don’t like you. I don’t know about everyone else, but in life it’s like, at least ten percent of people don’t like you. But the hundred percent just got bigger [for me]. The ten percent I’m hitting are very loud and they’re going to have views and they’re seeing you as a two-dimensional figure, so they’re going to be more blunt with how they speak about you, and they should feel free to do that.”

While such complaints usually get most of their life on social media, Kaluuya said he’s found success when he’s engaged with people on a one-to-one level. That does not mean the issue is put to bed, however, and Kaluuya is still grappling with the root of such debates. 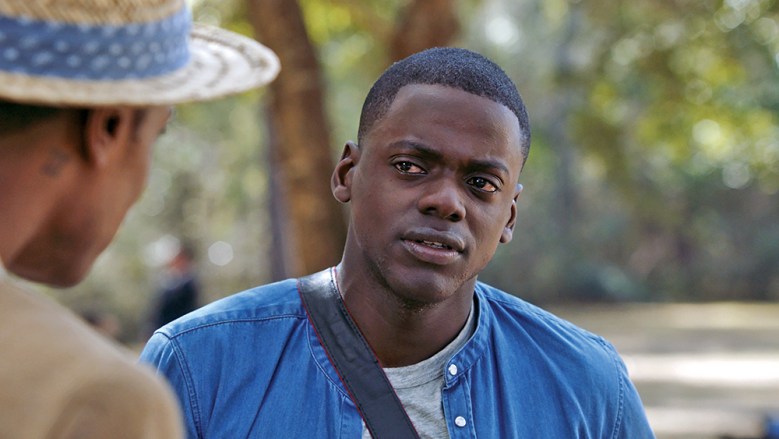 “I’ve had those conversations with people on a very nuanced level, because they have to take me as a individual and them as a individual,” he said. “But it just speaks to the usual: When you’re black, you get reduced. Basically, my blackness has prepared me for my Britishness. When you’re black, your character never takes the credit. Your individuality never takes the credit. Your hours never take the credit. It’s something to do with [something] outside yourself, and that’s just what it is. The debate should happen and that conversation should happen, and if I’m in the middle of it, then I’m in the middle of it.”

One debate Kaluuya doesn’t want to throw himself into: how audiences will feel about “Queen & Slim” or how they might look at his character or Turner-Smith’s, who are turned into folk heroes overnight, a distinction they never quite settle into during the film’s nerve-racking run.

Kaluuya likes to ruminate and discuss things — like he said, he likes “sitting down with people” — and he’s about to enter a period of his career where he’s got the time to sit with himself a bit more. While he’s expected to return for the planned “Black Panther” sequel, nothing has officially been announced and the film is still more than two years from release.

“After the film I’m shooting now [Shaka King’s Fred Hampton biopic ‘Jesus Was My Homeboy’], I’m free as a bird and just kind of figuring out life,” he said. “You have to live in order to know what you want. I know it’s the nature of this industry, it has to be quite extreme. I’m living, I’m working, I’m living. I rarely have that balance. I kind of want to just go out there and see what I like, see what I’m interested in.”

While the actor couldn’t say much about his recently announced “Barney” project (as in Barney the big purple dinosaur) — though he did grin at the queries, he certainly knows it sounds weird — he would lay out some bigger ideas for his future. He’d like to get behind the camera “a bit more.” And he’d also like to get back to his roots. “I want to do a comedy. I’d love to do that. That’s how I started getting in the game, doing BBC2 comedies,” he said. “I’d love to do more of that, but that’s just hard to find. A lot of people that write great comedy, it’s usually because they’re in it, so there isn’t really room.”

The actor said he keenly recognizes that he’s done a number of more dramatic projects lately — “hard-hitting truth” kind of things — but even something joyful like a rom-com is still as relevant and important to him as anything else he’s made or might make in the future. Recently, he’s been catching up on films he loved as a kid, from “Drumline” to “Poetic Justice,” even “His Girl Friday.”

“I watch a lot of stuff that I was like, ‘Why was I into this as a teenager?,'” he said. “I’ve just gone back to my past, ‘What was I into again? Why was I into that? What did I like about it?’ and then just watching those. A lot of older cinema, just visiting these people. I watched ‘Brown Sugar.’ Taye Diggs and Sanaa Lathan, they were brilliant in that. It just makes you feel good. I think I want to do something that makes people feel good. I think that’s really hard, so that’s an aspiration.”

“Queen & Slim” is not a feel-good movie, but it’s certainly a film that will make audiences feel. Perhaps that’s really what Kaluuya is after these days, what he’s always been after. Even he admits that the end of the film still moves him in ways he can’t quite articulate. What more could an actor want from their work?

This Article is related to: Awards and tagged Consider This, Daniel Kaluuya, Direct, Queen and Slim