Series co-creator Aron Eli Coleite talks about that surprising final scene, potential Season 2 plans, and why no one is ever really gone from this world. 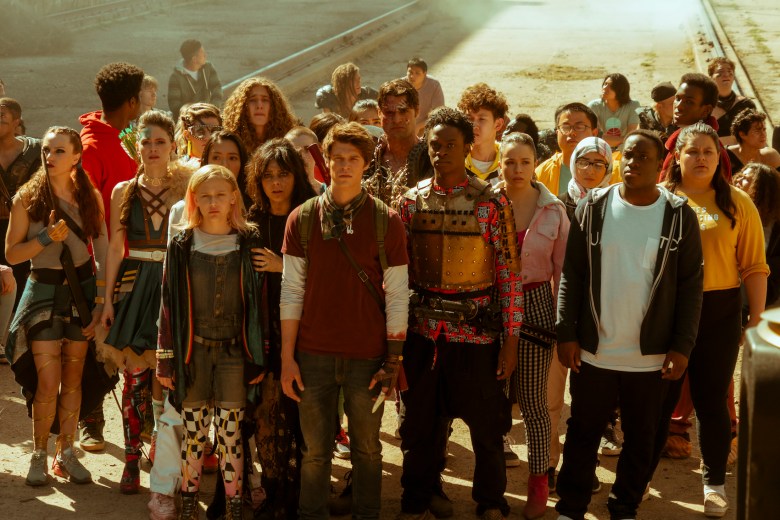 [Note: The following interview contains spoilers for the Netflix series “Daybreak,” including the ending of Season 1.]

If you watched the first episode of “Daybreak” and had a pretty good idea of the identity of Baron Triumph, the leather-clad terror of a high schooler-populated post-apocalyptic Glendale, that wasn’t an accident. For series co-creator Aron Eli Coleite, the surprises across this season of the new Netflix show were always going to arrive in a slightly different way.

“TV is making a magic trick. By breaking the fourth wall and by talking directly to the audience and kind of telling them the magic trick that we’re going to do early on, you get to accept it,” Coleite told IndieWire. “Being direct with our audience and being like, ‘No, Angelica’s going to tell you exactly what we’re doing and that’s gonna help guide you and lead you into the world.’ We’re not lying to the audience. We’re just helping you guys along.”

Even with the many different stylistic choices that give the series a forward momentum and an inventive way of revealing each new story layer, getting to that point where those all worked on screen was a difficult task. As each of the season’s 10 episodes pick up someone else’s perspective on this strange world of ghoulies — the single-minded creatures that the world’s adults have now become — Coleite and the writing staff quickly realized how much more work it would take to make that approach click.

“When we started getting into it, we were essentially writing nine pilots, and writing pilots is really hard! We were going through and really recrafting the point of view from every episode: ‘What does this mean? How does it fit in our world? How are we being true to the character and the character POV in doing this?’ They were all really tough,” Coleite said. “I think the thing that was helpful throughout the whole process is that it was just completely iterative in a really natural way. We had great directors, we had great editors, we were able to really find how the show was going to work, from an amazing — and amazingly diverse — writers room through production, through post.” 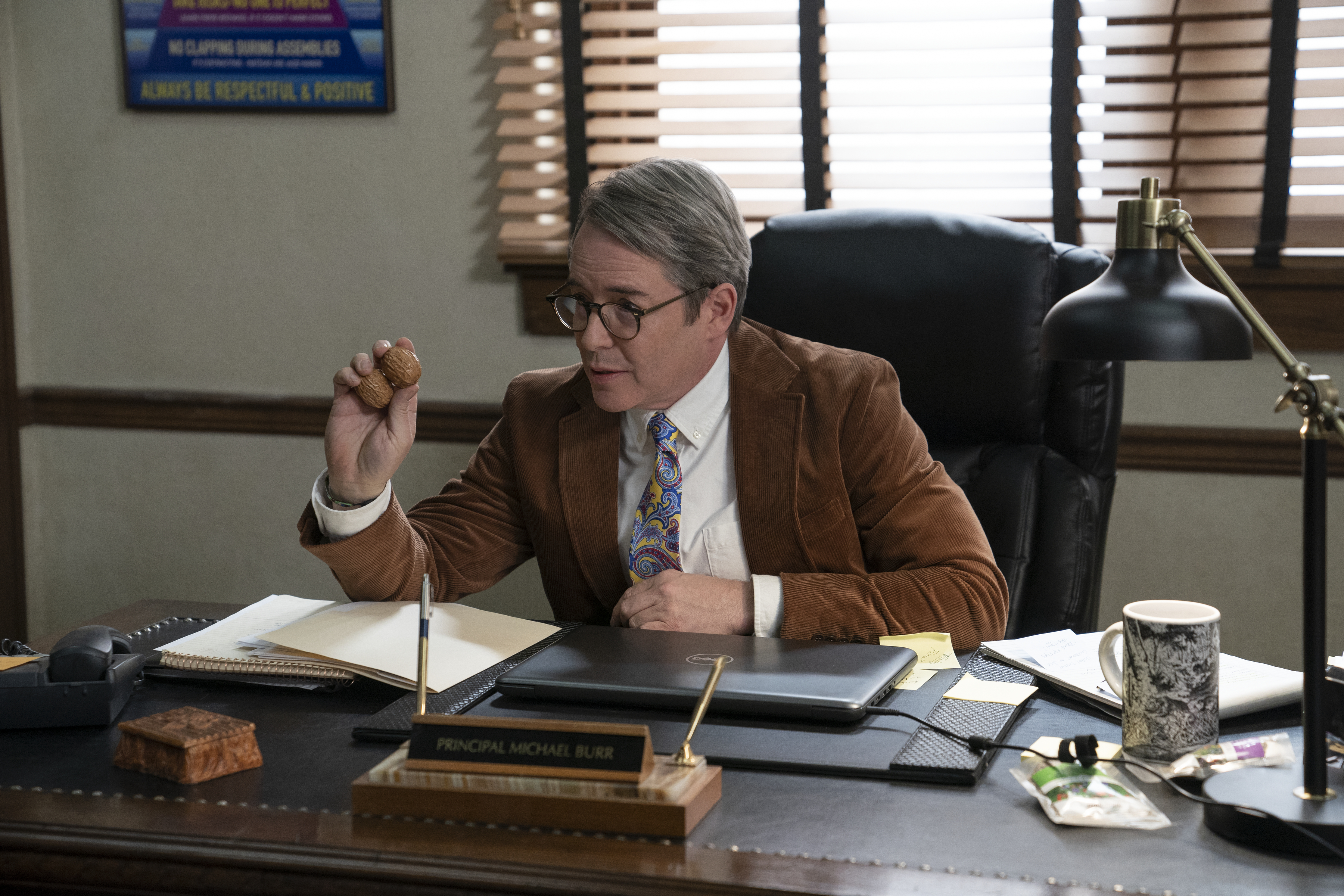 Built on the foundation of those character-focused episodes, some of the later chapters in Season 1 help to reframe everything we’ve seen so far. One of the biggest shifts comes in the mostly self-contained Episode 8 “Post Mates,” which tracks Sam (Sophie Simnett) and Josh (Colin Ford) on their tumultuous last day before a nuclear explosion hits Los Angeles. It’s a complicated swirl of affection, jealousy, frustration, ending with a verbal barrage that irreparably shifts their relationship.

“People are really divided. At the end of this episode, like who do you feel an affinity for? Are you in Sam’s court or are you in Josh’s court? And it’s really, wonderfully divided. I love that it can create a conversation and then people can feel differently based on watching the same exact thing,” Coleite said. “When we first saw the cut of Episode 8, some people were like, ‘I hate Josh’ and other people were like, ‘I hate Sam.’ And we thought, ‘This is fantastic.’ We don’t want you to feel a single way. We want there to be a choice in emotion.”

It’s hard to see it coming, but that episode in turn sets the scene for the closing of the season, in which Sam assumes the throne as the leader of what’s left of the greater Glendale High School student body. Josh, who’d fully intended to sweep her off her feet, retreating to the Los Angeles suburbs to wait out the worst of the infighting to come, is left to watch as his long-lost love chooses a position of authority over being wooed by his long-delayed apology.

“That was actually one of the first things we knew. It went through a lot of iterations, but that was a concept that we always knew we wanted to play with. Josh is able to be reunited with her, and she’s like, ‘….No.’ We told the whole season really through Josh’s POV of how to feel about this relationship. Some people love it and some people are disappointed that they didn’t end up together,” Coleite said. “I appreciate both responses because it’s like, of course you want them to be together. That’s what we wanted you to feel. We wanted you to want that. And so your disappointment is accurate.”

Regardless of where people’s reactions are across the emotional spectrum, Coleite says that the creative team’s talk about a potential Season 2 would focus on what comes in the wake of those final moments.

“We talked about Season 1 being this epic love story. Season 2, we want to do the epic break-up story, because that’s equally as important to tell. If we do get the opportunity, we think there’s a lot of humor and emotion in breakup stories. We’re used to love stories, but we don’t always get to see the aftermath,” Coleite said. 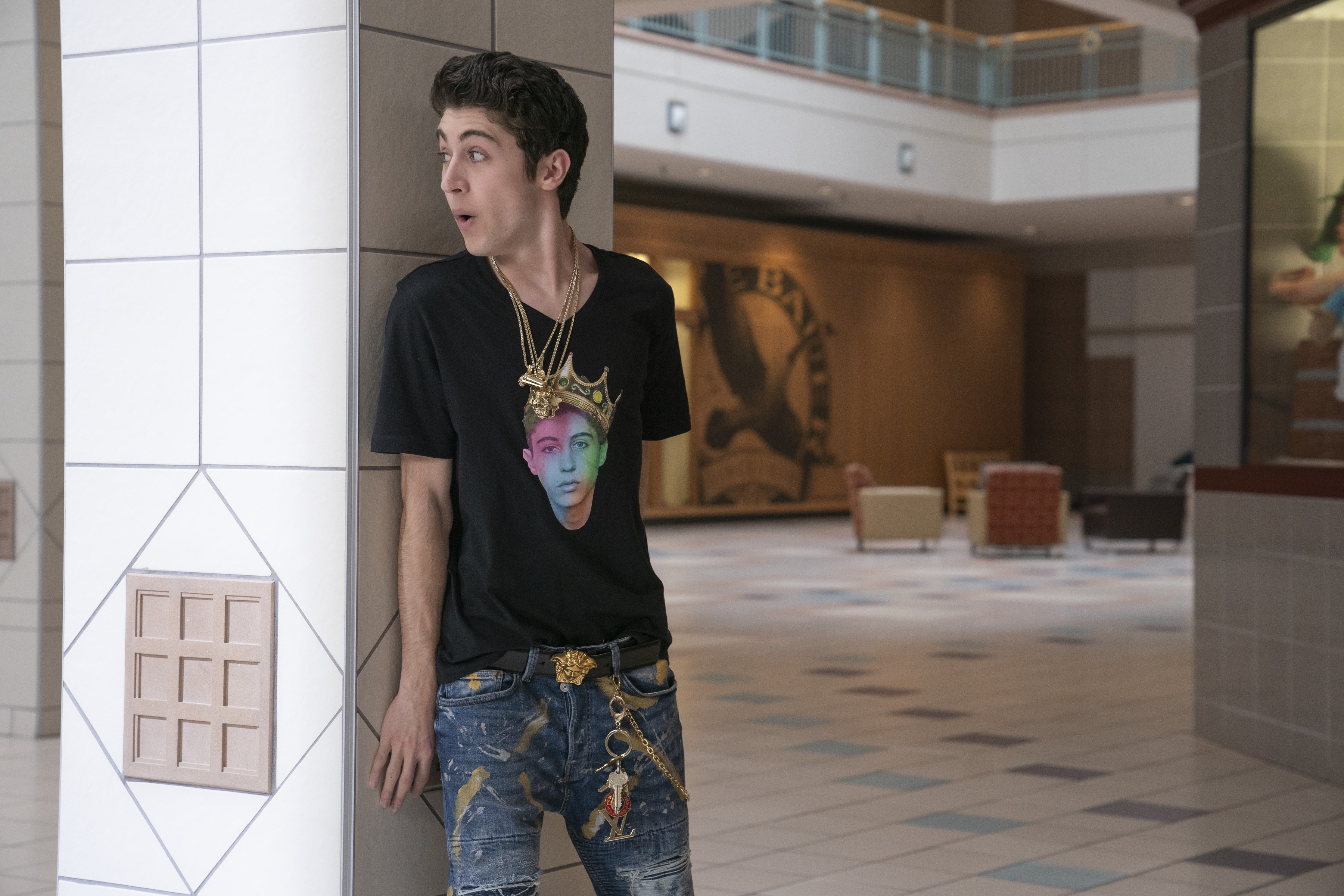 Outside of Sam and Josh’s story, “Daybreak” says goodbye to a few characters who leave this nuclear-irradiated mortal coil in decidedly different ways. The first is Eli, who Coleite says became one of his Season 1 favorites along the way.

“The best surprise for me out of this is definitely Greg Kasyan playing Eli. He is that character. How insane I wanted to make the character wasn’t anything in comparison to the things that were naturally coming out of Greg’s mouth,” Coleite said. He credits Kasyan with being able to help make a character written and framed as obnoxious get maybe the most emotional sendoff of the entire season.

“When Eli died, my daughter turned to me and was like, ‘You are literally the worst. Why did you do that?!’ I started to think about all these writerly reasons and the only thing I could say to her was, ‘You felt exactly how I wanted you to feel in this moment. The idiot clown who you thought was such a joke, you are now crying over. That’s exactly the emotion we wanted,'” Coleite said. “We debated whether or not we should do that with Greg because he was so good, but also that’s the reason why we should do it because people are going to actually have that response. And that’s important.”

But one of the season’s biggest enigmas was Triumph himself, Principal Burr. Brought to life with some initial, deceptive corniness, Matthew Broderick’s performance eventually turned Burr into a bizarrely engaging cannibalistic monster. (And that was before we found out about the actual monster living inside of him.) Even though the Season 1 finale saw Burr succumbing to his carefully disguised nut allergies, Coleite wanted to leave some mysteries unresolved.

“I liked the notion of looking through the key hole at this world in Season 1 and then Season 2 we’re going to open the door a crack, but you can only see a little bit and you get a little bit more,” Coleite said. “It leaves us all these avenues of other stories to tell, to expand on what’s happening with things like Ghoulies and what was that thing that punched out of Burr’s chest, and what happened between Crumble and Burr in the bathroom with their mozzarella hands. The fun of discovery of worlds is something that you need to do it really incrementally.” 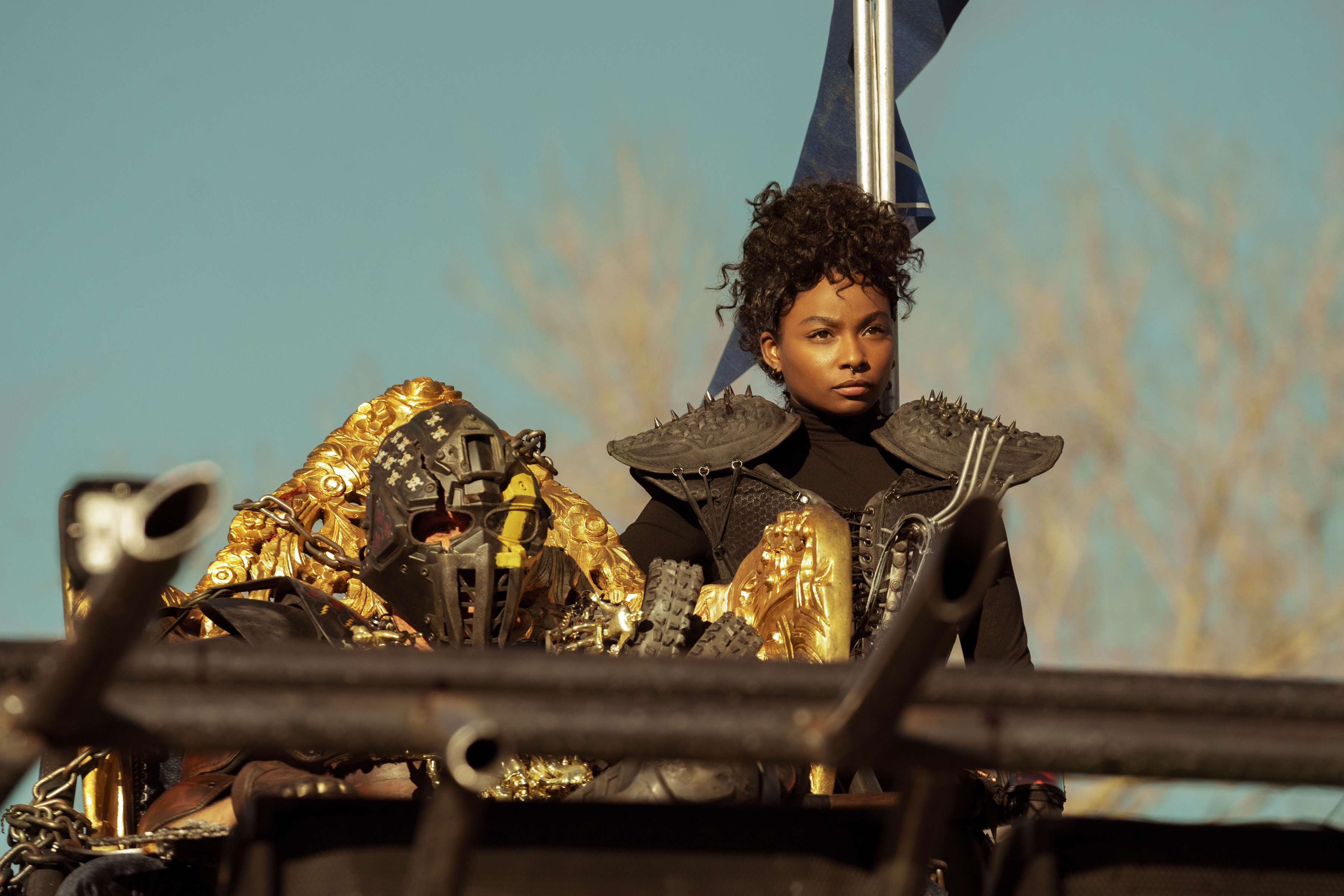 If “Daybreak” gets the chance to continue, Coleite says that neither of those characters’ death would necessarily prevent them from popping up in future episodes.

“We have flashbacks consistently, and that is not anything we’re going to give up. We won’t see Baron Triumph again, but we can definitely see Matthew Broderick again. Burr is still the principal of the high school as all these kids went there. So we don’t have to say goodbye to Matthew. Or Greg. This sandbox that we’ve built affords us the luxury of doing that,” Coleite said.

Though some of the central characters in this initial season never got an episode for themselves to tell their stories (RIP, the golf team), as the show looks to potentially expand its world, the ever-changing format of the show might allow some of those other characters a moment in the spotlight.

“I think structurally, it’ll still be similar in that every episode is told from a unique character’s point of view. I’m not ready to get rid of that yet,” Coleite said. “There are characters that I didn’t imagine I would love as much as I did, like Mona Lisa and Demi. But then once they were cast, once we were seeing cuts, we thought, ‘Oh man, I cannot wait to tell the Mona Lisa story.'”

As the show both preps for a potential future and wraps up its first week out in the world, Coleite explained that there’s a simple three-word line from this season that continues to stay with him.

“One of my favorite moments that just keeps on coming back is in Episode 4,” Coleite said. “Ms. Crumble’s with Angelica and she says, ‘Let’s be monsters.’ It’s just such a great theme of the show. We all try to be perfect. We’re all not, and it’s OK to be not. It’s OK to be monsters. And as long as we’re doing it together, that’s good.”

“Daybreak” Season 1 is now available to stream on Netflix.