"Frozen 2" appears to be the original's box-office equal; for Mr. Rogers, audiences failed to roll out the welcome wagon.

The vital six-week race to the end of 2019 got off to a strong start with “Frozen 2.” It grossed an estimated $127 million opening weekend, which is an animation record for November. The weekend’s total gross of just over $200 million comes in a little below 2018 — but because of the calendar swing, the equivalent weekend was actually after Thanksgiving.

The 2018 pre-holiday weekend grossed $25 million-$30 million less than 2019, so we should have a stronger period overall.

In 2013, “Frozen” was a phenomenon that grossed over $400 million domestic thanks to an extraordinary hold. The sequel could easily reach $250 million by next Sunday. It’s possible that early results could cannibalize later ones, but this seems like a sequel that will equal the original. If so, it would give Disney five $400 million+ domestic releases this year, with the next “Star Wars” still to come. That’s a hell of a market share. 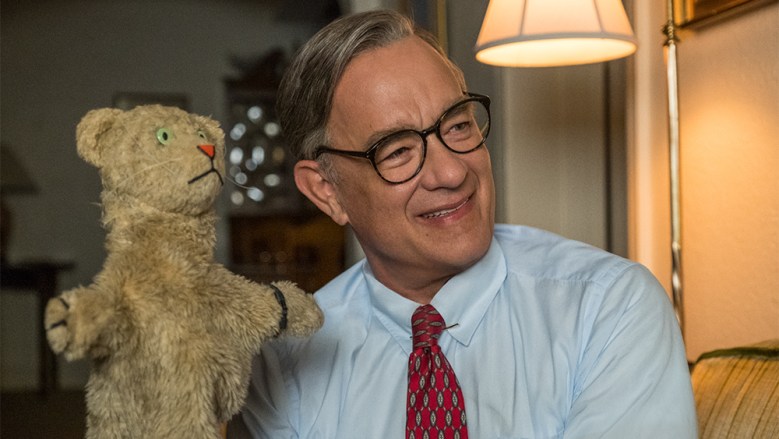 After a strong showing by “Ford v Ferrari” last weekend at $31 million, hopes were high that another wide studio release might show similar results. Marielle Heller’s “A Beautiful Day in the Neighborhood” has excellent reviews, a high-end festival launch, and serious awards scenarios ahead.

Instead, its gross of $13.5 million fell well under best-case guesses of $25 million. Still, placement the week before the holiday surge gives it a chance to thrive, particularly since its budget was a thrifty $25 million before marketing.

And oddly, Sony has not released the film’s Cinemascore. These usually are reported Friday night, almost always by Sunday. Perhaps, as is their right, the studio has gone to a policy of delaying till Monday. Other audience surveys show positive reaction, and the Saturday gross is up around 12%.

Last year, the weekend before Thanksgiving, Steve McQueen’s well-reviewed adult drama “Widows” opened just under $13 million and ended up at $44 million with no awards traction. It’s also possible that after the massive success of last year’s Fred Rogers documentary, “Won’t You Be My Neighbor,” served to mute interest rather than enhance it. STX’s “21 Bridges” saw “Black Panther” star Chadwick Boseman as a New York detective trying to catch cop killers, with fellow Marvel alums the Russo Brothers producing. Reviews are mixed to average, and it failed to capture the interest of teens. That’s disappointing for Boseman, and reinforce how tough it is for any actor to translate blockbuster success to other films.

The truism about adult-oriented films like “Ford v Ferrari” take some time to reach peak performance — even more so when aimed at older men. Thus, its $31 million opening and rare A+ Cinemascore last weekend suggested long-term  play through Christmas. That could propel it to far over $100 million and enhance its position in the Oscar race.

All that could still happen. But its 49% second weekend drop was more than anticipated. It still managed to beat out “A Beautiful Day,” whose audience base it somewhat overlaps. (“Frozen II,” of course, took from all competitors, but not so directly here). It’s made $58 million in 10 days, but it will fight to rebound in the face of two older-audience releases on Wednesday with “Knives Out” and “Queen and Slim.”

Sony would have been happy with a 49% drop for the second weekend of “Charlie’s Angels.” Instead the already disappointing film fell 62%, from #3 to #8. It even dropped behind last week’s quite weak “The Good Liar,” which is down only 40% and seeing traction among seniors with its caper/romance involving Helen Mirren and Ian McKellan.

All other falls were in the range of 40%-50%. That will be enough to get most of them holds for the lucrative five-day holiday ahead. There are many turkeys this fall, and few titles older than three weeks will share in the bounty.

This Article is related to: Film and tagged A Beautiful Day in the Neighborhood, Box Office, Ford v. Ferrari, Frozen II