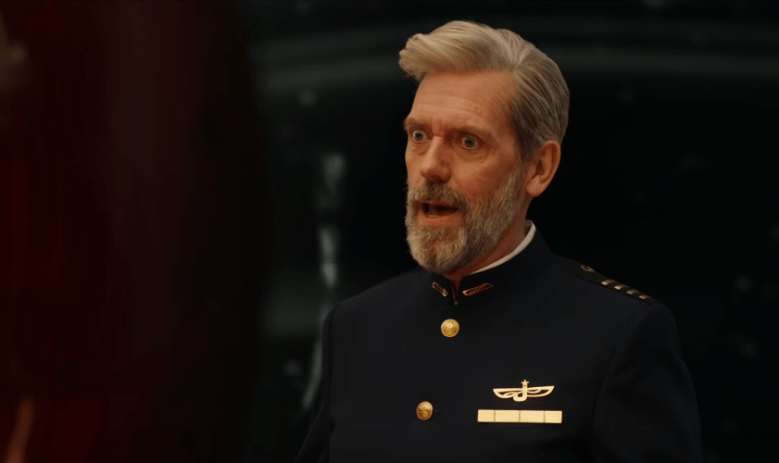 Since “Veep” series creator Armando Iannucci left the presidential series after its fourth season, television has been longing for his very particular brand of satire. Finally, that longing has been answered: HBO just dropped the official teaser trailer for his latest satire, space comedy (yes, you read that right) “Avenue 5.”

Starring “Veep” alumnus and all-around comedy veteran Hugh Laurie, “Avenue 5” is “set in the future, mostly in space” onboard the titular Avenue 5 space ship. Laurie plays Ryan Clark, captain of the Avenue 5, who — as you can see from the trailer below, set to Harry Nilsson’s “Spaceman” — knows how to charm any passenger who takes up residency on his ship, even in major crisis time. He also knows how to pull off an empty space captain one-liner in any situation, whether it’s “fly safe, fly true,” “let’s keep our eyes on the prize,” or “set your phasers to fun.”

HBO announced in September 2017 that it had given a pilot order (as well as backup scripts) to a new comedy series form Iannucci, then in April of this year, “Avenue 5” received a series pick-up. Billed as “the vacation you never knew you needed,” based on the trailer, while Laurie’s Captain Clark is clearly the face of the Avenue 5 and Gad’s Judd is the name — check out how his name is on everything — no one working on the ship can seem to decide who’s really in charge when crisis strikes. But all Nakamura’s Iris wants to know is, “Who fucked up?”