Showrunner Tim Federle outlines how his show became one of the Disney+ launch titles. 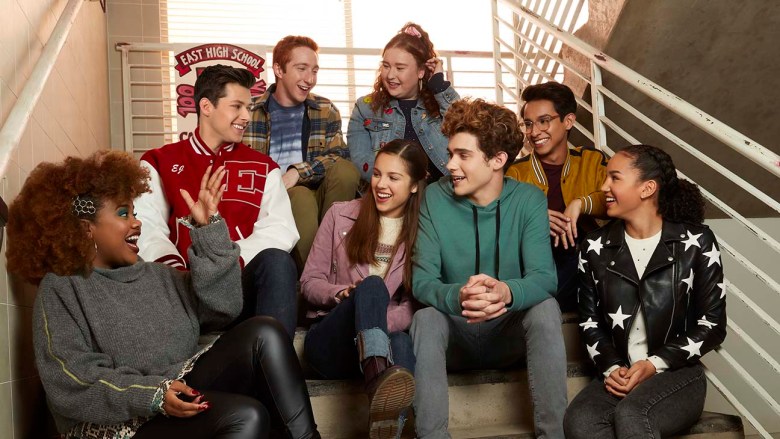 When Disney+ launched on Nov. 12, yes, “The Mandalorian” was front and center on the service — but so was “High School Musical: The Musical – The Series.” The tongue-in-cheek reinvention of the HSM franchise was executive produced by Tim Federle, who had just finished watching Netflix’s true-crime satire “American Vandal” when he got the call from Disney asking for a pitch.

“I have this background where I was a real dyed-in-the-wool theater kid,” he said. “I went from dancing on Broadway to writing a Broadway show; I wrote a bunch of novels and then I wrote this animated film. So I have kind of this hodge-podge background where I’ve worn a bunch of different hats around theater and film.”

Ultimately, it was the experiences gleaned from this background and an appreciation for mockumentaries like “Vandal” that informed Federle’s pitch for “HSMTMTS” and the eventual success of the show. Here, he gives the timeline to IndieWire of how the project came to be: 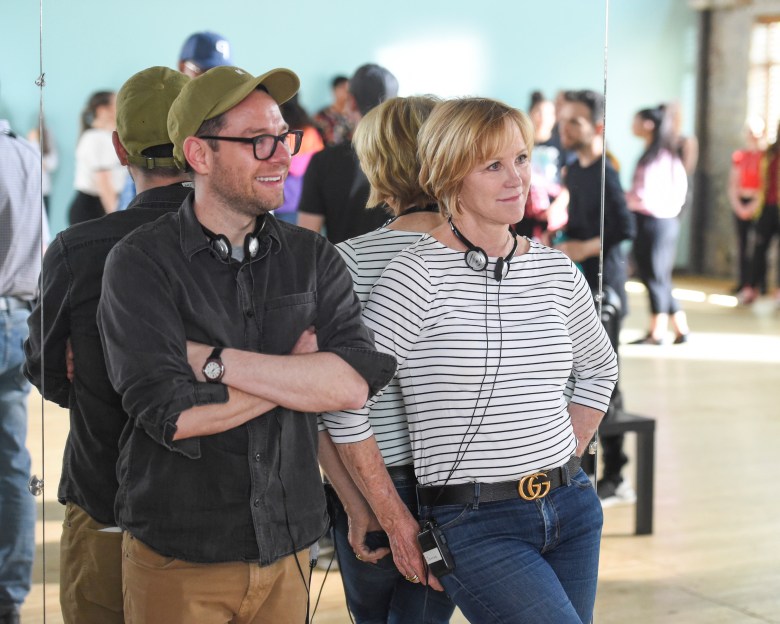 “Disney came to me and said, ‘We’ve got ‘High School Musical’, which is one of our biggest franchises ever, and we want to do something new with it for Disney+ — we just don’t quite have an idea.’ And I had grown up with ‘Waiting for Guffman’ as probably my all-time favorite movie. Christopher Guest somehow both managed to send up the hilarity of community theater but also the heart behind what it means to try and make something, to try to make a piece of art. So right from the beginning, my pitch was docu-style about a group of kids putting on ‘High School Musical.’ It’s both a love letter to the originals, but we’re not trying to replace Zac [Efron] and Vanessa [Hudgens] because they’re irreplaceable. We hear the old songs in a new way, and it gives us the opportunity to introduce brand new music. We’re not a movie, so in a 10-episode series you can also dive deeper into the backstories of these characters and do something that maybe says something a little more substantial about the modern teenage experience. And to my shock — because I think they went out pretty wide to a lot of writers — was that they bought my pitch. And I thought ‘Oh my gosh, I have to do this now.’”

“I wrote I couple of drafts with the Disney Channel [team that had made the original movies]. And I think Disney+ got excited enough about the original idea and what they called the ‘fresh meta take’ that they greenlit it much faster than TV shows usually get greenlit.  I think I pitched it in Jan. 2018 and we were greenlit by that summer. I got hit with the lucky stick.” 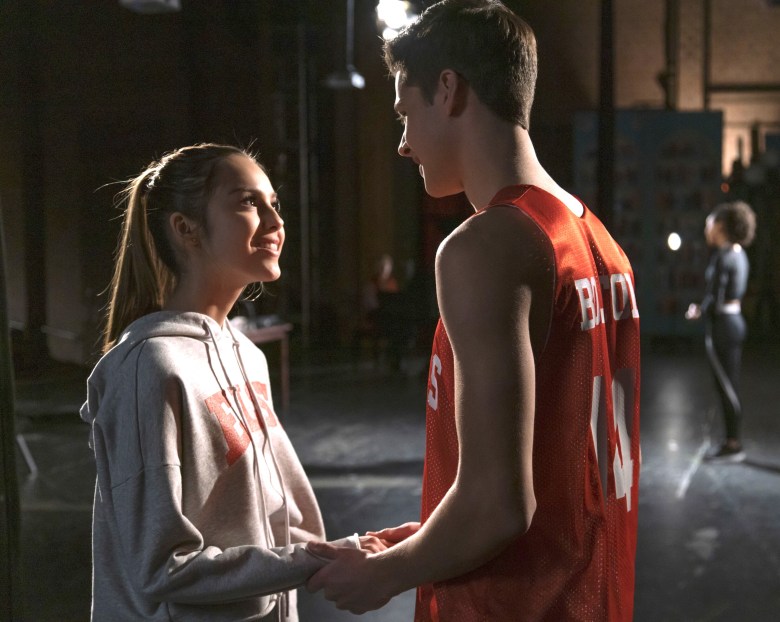 “I give a lot of credit to the casting director, Julie Ashton — I think she actually discovered Selena Gomez originally — she turned over every stone. Larry Saperstein, who plays Big Red, we found him in New York City; Dara Reneé (Kourtney) is based out of Baltimore. She just hunted and searched for the real deal, and I really got my first choice for everybody.  Also — and it’s so important to me — coming from a theater background [you know that you need to] surround yourself with a group of people that you’re happy to be stuck in a room with for 12 hours. The days are long on a TV set, and I’m so proud of this cast for being so supportive of one another. Coming from a real theater background, in many cases, like Julia Lester (Ashlyn), they understand what it’s like to be a team player, and I think we capture that ensemble spirit.”

“One of my big things from the top was, ‘Let’s cast real teenagers!’ And I know it’s going to make it harder because we’re going to have minors and they’re going to have school hours and that’s going to be hard, but there’s something about casting real kids that speaks to an authenticity you don’t always get with teen shows. And then my second thing was, look, I’m a theater person, I used to sing eight shows a week. We can hire people who can really sing and really play their own instruments. Initially there was some skepticism about the wisdom of that choice, but I think we’ve all come around to the other side and the majority of the songs in the show are sung live, and in many cases, accompanied by the actor. Like Josh Bassett, who plays Ricky, really plays the guitar. And I do think whether audiences really understand what they’re seeing or not, I think there’s a difference in authenticity during this TikTok-Snapchat era where seeing somebody who looks like a kid at your school is really singing, even if occasionally their voice cracks. I really believe awkward is the new awesome.” 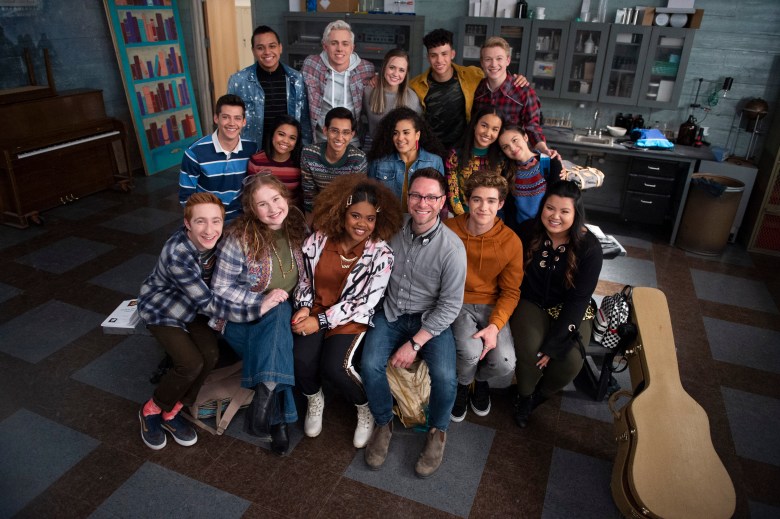 Cast of “High School Musical: The Musical – The Series”

“One of things that’s a huge benefit of working with Disney is that they know how to market. And I sat in a marketing meeting and my jaw was on the floor because there is so much music in the show — there are like 20 songs — and we’ve got such a rollout effort planned with how those songs are being released currently with episodes. There are tons of appearances; Joshua [Bassett] and Olivia [Rodrigo], who play the romantic love interests, just did a big event in Central Park.”

“I will say what’s fun is when you’re out of the gate next to ‘Star Wars,’ the only thing you can be is the underdog. And I love being the underdog. I was a boy who knew every lyric to ‘Sunday in the Park with George’ when I was nine. My life has been about beating the odds. Ultimately, I think it’s going to live or die based on if fans tune in and respond to the cast, and I really think they will. I feel really confident about this group of characters and kids.”

“High School Musical: The Musical – The Series” streams on Disney+, with new episodes debuting every Friday.

This Article is related to: Television and tagged Disney Plus, HIgh School Musical: The Musical: The Series, Tim Federle