With "The Irishman" now on Netflix, it's tempting to watch the movie as if it were a TV series. But that's not how Scorsese intended it. 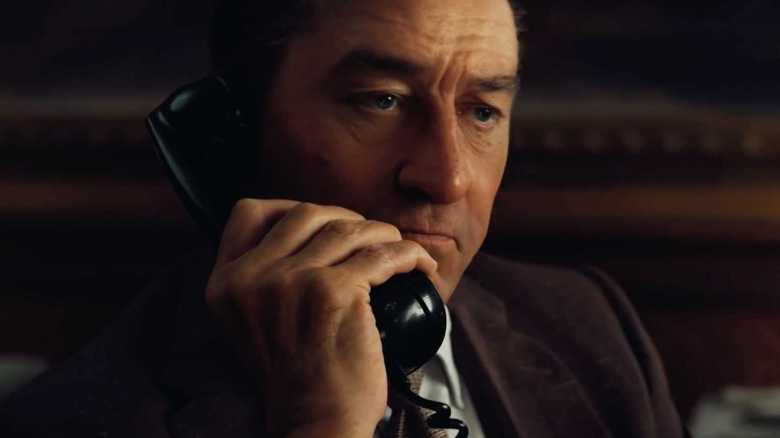 Now that Martin Scorsese’s over-three-hour-long mafia epic “The Irishman” is streaming on Netflix, it’s easy to watch the movie in chunks as if it were a TV series, pausing occasionally to attend to whatever the next distraction is. However, this is not how Scorsese wants you to see his movie. In an interview with Entertainment Weekly, the Academy Award-winning director firmly denounced the idea of “The Irishman” ever being a TV show parceled out episodically.

“You could say, ‘This is a long story, you can play it out over two seasons.’ I saw somebody mention that. Absolutely no,” he said. “I’ve never even thought of it. Because the point of this picture is the accumulation of detail. It’s an accumulated cumulative effect by the end of the movie — which means you get to see from beginning to end [in one sitting] if you’re so inclined. A series is great. It’s wonderful. You can develop character and plot lines and worlds are recreated, but this wasn’t right for that.”

Scorsese also added that the movie’s ambiguous, unsettling ending would never have been green-lit by a traditional studio — and with a budget of more than $140 million, partly accounting for the movie’s costly de-aging visual effects, Netflix gave the director total creative control. “A man in a wheelchair at the end? No. Yeah. Not gonna happen. [A traditional studio is] geared toward the most amount of money you can make — understandably. I think it’s gone askew,” Scorsese said.

Indeed, the movie is a slow burn that builds toward a devastating finale that finds Robert De Niro’s Frank Sheeran at the end of his tether, trying to make peace with his mistakes. But by the time he does, it’s too late, and no one wants to hear it. It is ultimately about loneliness and loss and the things you regret but have to live with, and to watch the movie across many hours would detract from its accumulative power. Scorsese’s explanation of Anna Paquin’s almost-silent role as Sheeran’s daughter, and the witness to all his wrongdoing, offers a good rationale to digest the movie as intended.

However, if you’re so inclined to consume “The Irishman” as a miniseries, Twitter’s Alexander Dunerfors has put together a guide to watch the movie across breaks. See below.

I created a viewing guide for everyone who thinks THE IRISHMAN is too damn long for one night. You’re welcome! #scorsese #netflix #theirishman pic.twitter.com/sH06AxJ7he