Danny Elfman replaced Junkie XL as the "Justice League" composer after Joss Whedon was brought in to finish the movie. 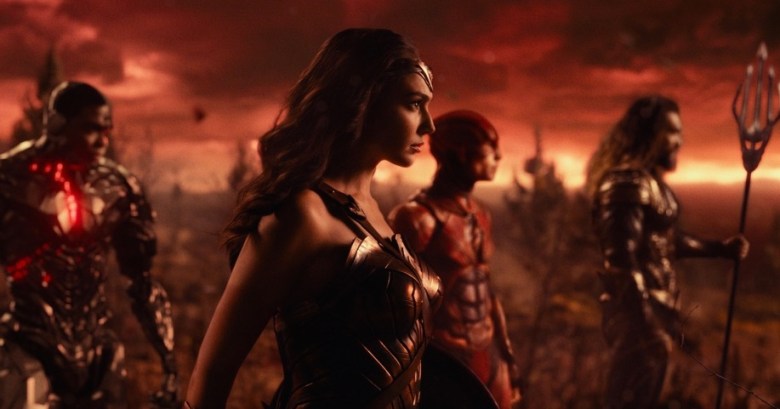 Jason Momoa claims he has seen the “Justice League” Snyder cut, but according to composer Danny Elfman whatever Momoa saw was most likely unfinished. In a new interview on “The Big Reviewski” podcast, Elfman doubts that a releasable version of the Snyder cut exists. Many comic book movie fans were left wondering whether or not the Snyder cut’s release was imminent after actors like Ben Affleck and Gal Gadot championed its release on social media November 17, the two-year anniversary of the film’s theatrical release. Elfman replaced Junkie XL as “Justice League” composer after director Joss Whedon was brought in to finish the movie following Zack Snyder’s exit.

“Well, the thing is, he never finished it,” Elfman said of Snyder. “So, I don’t know quite how they’d do [a Snyder cut]. He had a tremendous tragedy, which forced him to not finish the film. I don’t quite understand this, because it wasn’t like he was fired, and that there is a Director’s Cut that is a finished movie and that the studio fired him and then hired Joss.”

“When Joss came on the film, he stepped in with only a few days notice, to pick up the helm because of this terrible, terrible tragedy that happened,” Elfman continued. “So it is kind of a unique situation. I mean, there is definitely other movies where the director was fired, and a studio radically changed the movie because they didn’t like it. And as a fan, you go ‘I wonder what the director did, before the studio changed the movie.’ But I’m not really aware of how that dynamic would really apply here.”

Kevin Smith shared similar thoughts on the Snyder cut earlier this year when he said that the Snyder cut exists but only as a rough cut or assembly cut of the footage Snyder shot during production. Visual effects had not been completed by the time Snyder left and Whedon joined the production. Whedon oversaw post-production and directed a handful of reshoot scenes that drastically changed the tone and story of what Snyder had planned. Junkie XL revealed last month he completed his “Justice League” score before Snyder left, but it was dropped in favor of Elfman’s work.