The rhythms are the same, the actors are game, but Spectrum's limited series feels like an ill-fitting puzzle piece jammed into place. 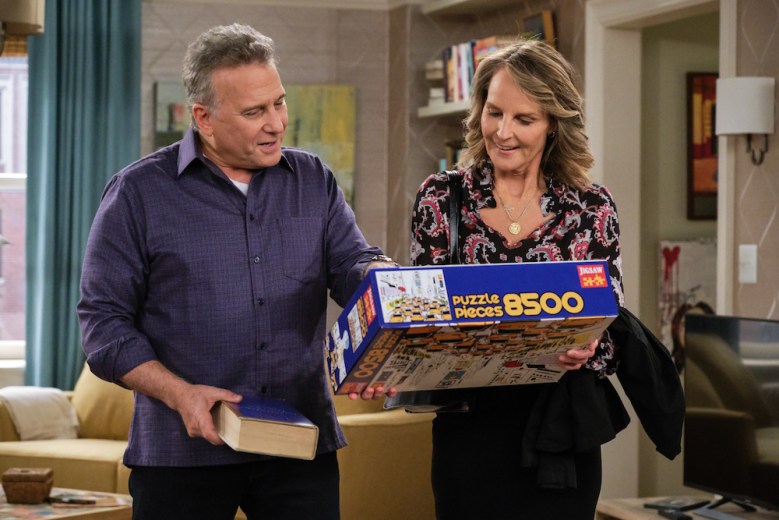 Paul Reiser and Helen Hunt in “Mad About You”

In a twist befitting its distributor’s limited audience, Spectrum’s “Mad About You” revival only works if you really want to see it. Picking up two years before the original NBC series finale’s flash-forward ending, the new episodes rewrite history a little bit: Paul (Paul Reiser) and Jamie (Helen Hunt) are still married, and their only daughter, Mabel (Abby Quinn), is leaving for college when the limited series starts up. In the finale, she was a full-grown adult filmmaker by 2021, not a junior at NYU. By then, her parents had separated, and she devised a scheme to bring them back together.

The revival’s showrunner and head writer, Peter Tolan, has said they’re pretending like the flashforward from the last NBC episode “didn’t happen.” But arguably the only way the revived “Mad About You” proves worthwhile is if viewers believe the new episodes are headed to that preset destination: Splitsville, population Paul and Jamie. The long-married couple faces so many problems, disagreements, and miscommunications in early episodes, along with the life-shaking departure of their daughter, that it’s easy to see why these two might take some time apart. Plus, watching for warning signs of marital fatigue makes the passive plotting all the more active. Paul and Jamie aren’t just getting old and tired; they’re losing each other.

“Mad About You” might as well take a dramatic bent, since the laughs aren’t deep enough to carry the short episodes. Given Tolan’s statements and the laconic nature of the first half of the limited series, that’s probably not what’s happening. It’s too content to check all of the revival boxes: Episode 1, “The Kid Leaves,” opens with a meta dialogue between Paul and Jamie as they’re getting ready for bed, not unlike the self-referential gags that opened “Fuller House” and “Will & Grace.” Talking about another couple they hadn’t seen in 20 years, the two wonder what they’d think of each other if they saw each other now, after a two-decade break. Yes, that’s what audiences are going through. Yes, they both look a little different. Yes, that’s all there is to the joke.

The premiere segues into difficult goodbyes and even more difficult reintroductions. Paul is a mess bidding farewell to his daughter, while Jamie holds it in until her grief and anger come bursting out in unhealthy ways. The two know they need to find comfort in each other if they’re going to fill their empty nest, but that’s easier said than done. Future episodes do quick, half-hour hits on menopause, getting a new pet, remarriage, and male bonding. Paul’s arc in Episode 5 hinges on why he won’t take a steam with his best friend, Mark (the always-excellent Richard Kind), and not only does homophobia read as his unspoken explanation, but why Mark is forcing Paul to see him naked feels forced and false, even for a sitcom. In an earlier episode, he’s called a misogynist by film school students for not focusing on women or people of color in his documentary — he accepts the label, but it’s unclear if the audience is supposed to believe it or just laugh off another awkward misunderstanding. 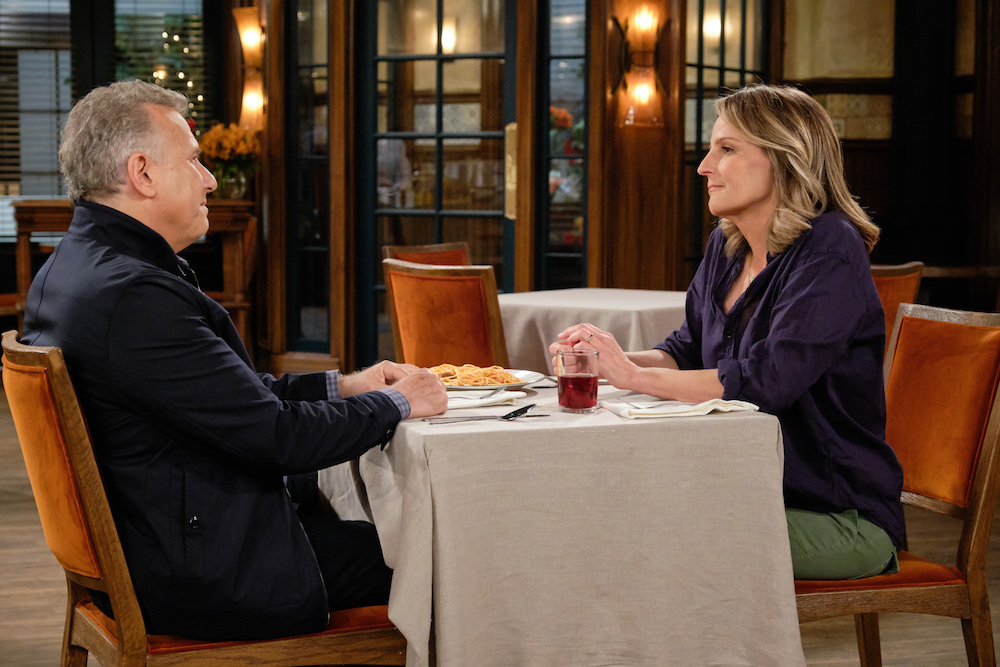 Paul Reiser and Helen Hunt in “Mad About You”

Jamie’s stories, meanwhile, often paint her as a mess. She can’t process her daughter’s departure properly, so naturally she decides to become a therapist. She struggles with her first patient, a wily old woman who manipulates Jamie into doing whatever she wants, and she refuses to correct her mistakes. In “Body Heat,” Jamie’s menopause is treated as a comical ticking clock — Paul has to get home before the timer runs out if he wants to have sex, otherwise Jamie has moved on to a big meal or fallen asleep at random — if not both. Not all of Jamie’s stories need to be empowering, nor should she or any character be perfect, but here she’s often defined by what she’s denying Paul or can’t get for herself.

These are two people on two very different tracks, and the first episode outlines as much. After spending the day trying to understand what they each want out of a post-children life, Paul tries to recapture a little romance by recreating the “Lady and the Tramp” spaghetti scene — only the noodle breaks before they can kiss. This could be a bad omen foreshadowing future problems. And at the end of the sixth episode, there’s another teaser from bed where Jamie promises a rocky road ahead (while Paul pretends he can’t see the camera or figure out who she’s talking to).

But if “Mad About You” was going to earnestly wrestle with divorce after decades of marriage, it would need to engage with the topic sooner and with greater interest. Much of the original show and its revival rely on safe, observational humor. Paul refuses to apologize for a loud pencil sharpener because “that’s the noise it makes.” Jamie admits she never understood what Paul meant when he referenced “Tahiti.” The authenticity of their banter is never in question — watching “Mad About You” feels like visiting each and every long-term couple I know — but there’s still not much to be said, or that many laughs to be had.

Instead, the best case scenario is to pretend the revival is filling in the gap between the end of the series and the original finale’s time-jump; that this is how Paul and Jamie broke up, and that eventually, Mabel will get them back together. That’s not really what it is, but maybe it’s better to pretend. Take it as a warning to appreciate your partner or a reminder that marriage doesn’t guarantee happiness — but to take anything from the “Mad About You” revival, you’re going to have to really want to find it.

This Article is related to: Television and tagged Helen Hunt, Mad About You, Paul Reiser, Spectrum, TV Reviews