The flagship Disney+ launch title wastes little time in getting to the explosive sci-fi action "Star Wars" fans have been waiting for.

By Tyler Hersko and Zack Sharf 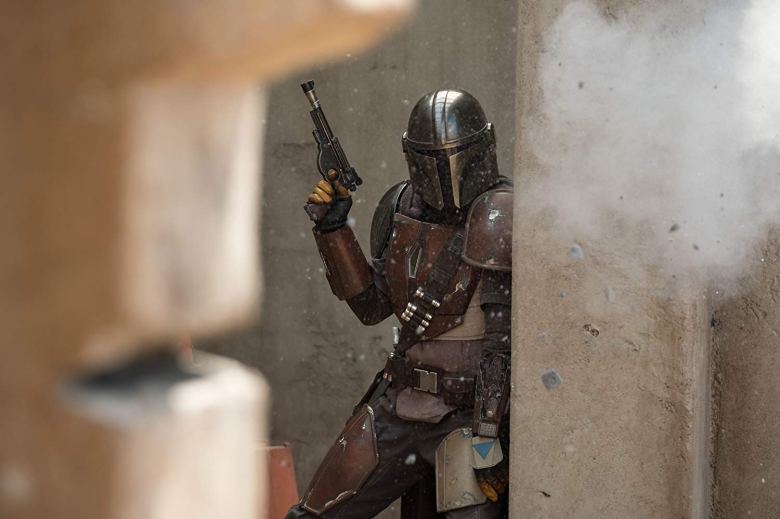 [Editor’s note: This post contains spoilers for the first episode of “The Mandalorian.”]

“The Mandalorian” takes a step back from the glitzy Force and lightsaber-wielding antics of the mainline “Star Wars” films and focuses on the galaxy’s gritty, lawless Outer Rim. Set a few years after the collapse of the Galactic Empire in “Return of the Jedi,” but well before the adventures of Rey, Finn, and co. in the sequel trilogy, “The Mandalorian” offers a more morally gray take on the “Star Wars” mythos.

The titular protagonist is no Luke Skywalker: Pedro Pascal’s character is a quiet and oft merciless bounty hunter. As promised in the show’s teaser trailers, bounty hunting is indeed a complicated business, and the Mandalorian has to contend with rank-and-file outlaws and monstrous beasts alike.

The pilot episode, which runs 40 minutes, finds the Mandalorian and bounty hunting droid IG-11 (Taika Waititi) heading out on a mission to locate a secret target that is said to be several decades old. When the Mandalorian reaches the target at episode’s end, the identity of it is revealed to be a huge “Star Wars” twist: It’s a baby Yoda. Okay, probably not the Frank Oz iteration of Yoda “Star Wars” fans love (the show takes place after “Return of the Jedi” and Yoda’s death) but a baby that is clearly from the same species as Yoda. Is it Yoda’s child? Is it a Yoda clone made after the character’s death? These are the big questions now facing “The Mandalorian.”

Parentage aside, the existence of a baby Yoda figure means “Star Wars” fans could finally be getting more information about where Yoda comes from. Since Yoda’s introduction into the “Star Wars” universe in “The Empire Strikes Back,” George Lucas has never given up information about Yoda’s species. In fact, per canon, only two members of the species have ever been seen in the films: Yoda and Yaddle, spotted in Lucas’ prequel films.

The existence of a new Yoda figure in “The Mandalorian” blows the door open for where the series will go next and how it connects to films set after the events of the series (including the new Skywalker trilogy). Is the baby Yoda now an adult that can appear in “The Rise of Skywalker?” Expect the cliffhanger to drive interest in future “Mandalorian” episodes.

In the rest of the episode, the show’s budget, which was reportedly $10 million per episode, is put to good use to bring the sci-fi action to life, as “The Mandalorian” features a wide variety of colorful aliens and locales. Although there are no shortage of action scenes and set pieces in the pilot episode, it’s going to take more time for the Mandalorian’s motivations to become apparent. Part of this is because “The Mandalorian” has a focus on showing, rather than telling the viewer what is happening, and longtime Star Wars fans will enjoy searching out all manner of subtle references and nods to decades of older “Star Wars” canon.

As for the Mandalorian himself, Pascal’s character is far from a typical protagonist, and he’s not one for extended conversation, either. It doesn’t take long for the Mandalorian’s prowess with a blaster to become apparent, but the character’s motivations and backstory are still under wraps. If nothing else, it’s apparent that just because the second Death Star was destroyed and the Galactic Empire quelled, peace is still a long way off in the “Star Wars” galaxy.

“The Mandalorian” will wrap up Season One before the year’s end and the show has already been renewed for a second season. The second episode debuts Friday, November 15.

This Article is related to: Television and tagged Disney Plus, The Mandalorian