Coming on the heels of the proposed merger of CBS and Viacom, the deal calls into question CBS All Access’ role in the bigger picture of the media landscape. 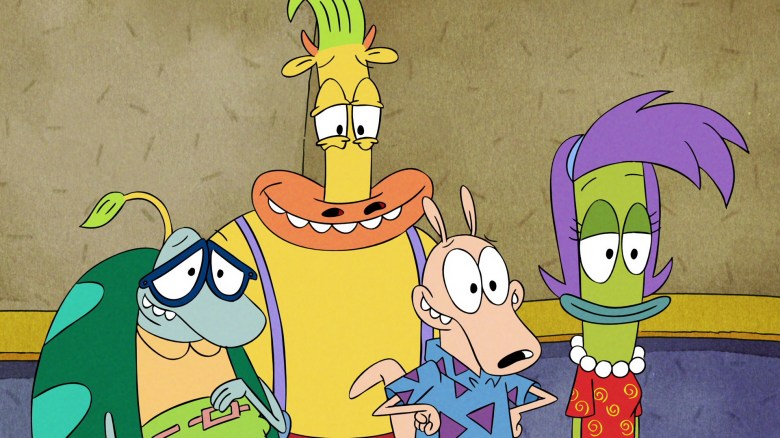 Netflix and Nickelodeon announced today that they’ve formed a multi-year output deal to produce original animated feature films and television series. The kid and family-targeted films and series will be based on both Nickelodeon’s existing library of original characters and new IP.

“Nickelodeon’s next step forward is to keep expanding beyond linear platforms, and our broader content partnership with Netflix is a key path toward that goal,” said Brian Robbins, President of Nickelodeon, in a statement.

Robbins added, “The Nickelodeon Animation Studio is home to the world-class artists and storytellers behind some of the most iconic characters and shows ever made, and our head of Animation, Ramsey Naito, has been building on that legacy over the past year by ramping up development and production exponentially. The ideas and work at our Studio are flowing, and we can’t wait to work with Melissa and the Netflix team on a premium slate of original animated content for kids and families around the world.”

Netflix and Nickelodeon have already had an existing relationship that’s led to animated specials based on the latter’s existing IP, in the form of “Rocko’s Modern Life: Static Cling” and “Invader Zim: Enter the Florpus” — both from this year — and the upcoming specials for “The Loud House” and “Rise of the Teenage Mutant Ninja Turtles.”

“Nickelodeon has generated scores of characters that kids love, and we look forward to telling wholly original stories that re-imagine and expand on the worlds they inhabit,” said Netflix’s Vice President of Original Animation, Melissa Cobb in a statement. “We’re thrilled to continue collaborating with Brian Robbins, Ramsey Naito, and the creative team at Nickelodeon in new ways as we look to find fresh voices and bring bold stories to our global audience on Netflix.”

However, this new deal comes just months after the proposed CBS-Viacom merger into ViacomCBS, and this deal may provide a hint at that combined company’s digital future. In their coverage of the CBS-Viacom merger, IndieWire’s Tyler Hersko and Chris Lindahl wrote:

“ViacomCBS now has control over several streaming services, such as CBS All Access, Pluto TV, and the Showtime streaming platform. Although it’s not unusual for entertainment conglomerates to operate multiple streaming services, none of ViacomCBS’s streaming offerings operate on the financial level of platforms such as Netflix or Hulu. CBS All Access has never figured out a way to adequately markets its incredible library offerings; Viacom has the same rich source of content and the same plight – if they ever figure out what to do with Comedy Central digitally, Netflix’s burgeoning comedy slate should run scared.”

However, a deal like this suggests that VIacomCBS is less concerned with growing CBS All Access or making Netflix run scared in any form and calls into question CBS All Access’ role in the bigger picture of ViacomCBS. A deal of this magnitude could have greatly helped CBS’ streaming platform grow, but this choice suggests that the growth of CBS All Access is not a priority — at least not in terms of animation and family-friendly programming.

This Article is related to: Television and tagged CBS, Netflix, Nickelodeon, Viacom