Kendrick is delightful, but this Christmas comedy is a cheap holiday tchotchke with no staying power. 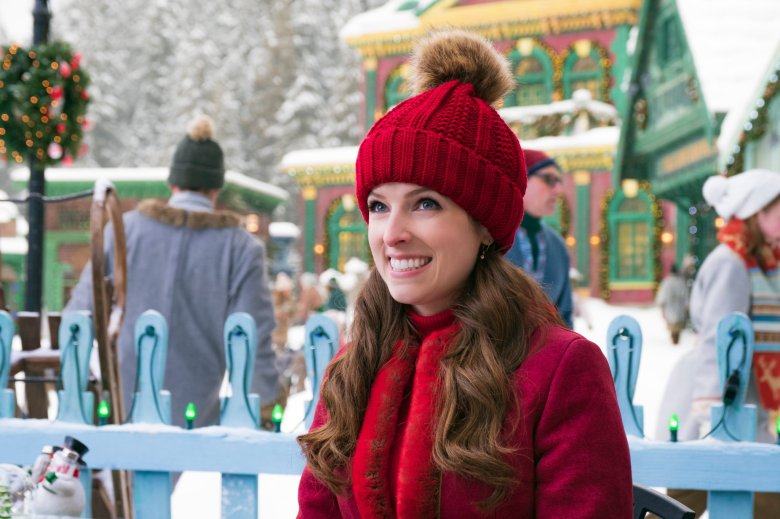 Marc Lawrence’s holiday-themed Santa Claus-centric family comedy “Noelle” was originally conceived of as a theatrical release for Disney — when it was known, somewhat bafflingly, as “Nicole” — before changing course and debuting on the Mouse House’s fledgling streaming platform. Presumably, the theatrical version of “Noelle” would have boasted better CGI, a beefier storyline, and at least a handful more laughs, because the version hitting Disney+ on its very first day in existence is not at all up to theatrical snuff. Fundamentally good-hearted and with a charming Anna Kendrick on board as the eponymous character, “Noelle” may have a sweet holiday movie buried somewhere in its DNA, but the final version meant to tout the depth of the studio’s library is certainly not it.

Whatever missteps may have gone into “Noelle” — and there are many — at least Lawrence made off with a solid cast: Kendrick as Santa’s cheery daughter Noelle, Bill Hader as her far-less-jolly big brother Nick, Julie Haggerty (having quite a year!) as their sweet mom, Billy Eichner as a bumbling Claus cousin, and Shirley MacLaine as Noelle’s beloved elf nanny. Beyond Kendrick, however, all these marquee stars are wasted in a sloppy, confusing family comedy that appears ripped right out the third week of the Hallmark Channel’s limp holiday movie lineup. If this is the quality audiences are to expect from this new run of Disney films, the streaming wars are going to be very dark indeed.

But at least there is Kendrick, who approaches the sugar-sweet and Christmas-crazy Noelle with actual pathos and depth. Like most coveted professional positions handed down the family line, Noelle isn’t eligible to become the next Santa Claus; that’s an honor the eldest son (in this case, a criminally wasted Hader) must take on, whether or not they like it. In the case of “Noelle,” it’s more a question of whether or not Nick is even capable of being Santa, a gig Noelle is incredibly well-suited to do, but one that Nick is woefully unable to fulfill. Noelle isn’t just cheery and hopped up on candy canes, she actually possesses natural cheer and a deep affection for the importance of holiday magic. As Nick keeps flunking out on seemingly small tests in the lead up to his first holiday in the sleugh (no other holiday film has ever featured more bad physical comedy involving the reins of a Santa sleigh than “Noelle”), Noelle remains an unflagging source of inspiration. It’s obvious where all of this is going.

Less obvious is the way Lawrence chooses to get there, which inevitably involves a freaked out Nick skipping town before Christmas Eve, and Noelle setting out to follow him to … an outdoor mall in Phoenix? Of all the places Nick could have wound up, it’s surely the weirdest, and likely the cheapest, as the majority of “Noelle” skips from a shoddy CGI-ed North Pole to an absolutely shapeless desert-shopping enclave. (Related: Expecting a Santa Claus movie set literally in a consumer wasteland to offer even the slimmest of lessons about how the holiday really isn’t about buying each other things? You are very much in the wrong place.)

Lawrence’s script mostly skips over any “Elf”-styled confusion, instead relying on Kendrick’s clever take on Noelle as enough to sell her strange predicament. There’s no weird misunderstandings regarding Noelle’s lineage or her mission, and that’s enough to rob the film of some expected hijinks and humor (and to further snip away at the film’s oddly short running time). Along for the ride: MacLaine as the wise-cracking Elf Polly, who may only be “wise-cracking” because we simply expect as much from the national treasure (Lawrence’s screenplay expects much less, wasting yet another incredible talent who signed on for this deranged sleigh ride to TV movie mediocrity) and a disturbing snowy white reindeer calf who would have presumably been adorable, had he been rendered for a less economical theatrical release.

Bent on finding her wayward brother in time to get him back to save Christmas, Noelle enlists the help of a holiday-averse private detective (Kingsley Ben-Adir) and his cute kid (Maceo Smedley), both of whom are in need of reminding of the power of the season. Noelle, of course, must also learn some big lessons, and a visit to the cushiest homeless shelter on the planet works to deliver a necessary point about the real meaning of Christmas, while a short-shrift subplot involving Eichner’s algorithm-mad Gabe Kringle is the closest “Noelle” will ever get to pointing out the big business can be bad. It’s all very obvious and occasionally cute, but the overwhelming cheapness of everything and everyone detracts from even the most basic of messages.

Released in the middle of the busiest movie season of the year, “Noelle” is the sort of film destined to be discarded, a cheap holiday tchotchke with no staying power. Let’s hope it’s not a portent of still more Disney+ goods to come. Either way, this early effort is entirely deserving of a coal-filled stocking.

“Noelle” will be available to stream on Disney+ on Tuesday, November 12.

This Article is related to: Film, Reviews and tagged Anna Kendrick, Disney Plus, Noelle, Reviews