Colman's acceptance speech was widely considered one of the best moments of the 2019 Oscars telecast. 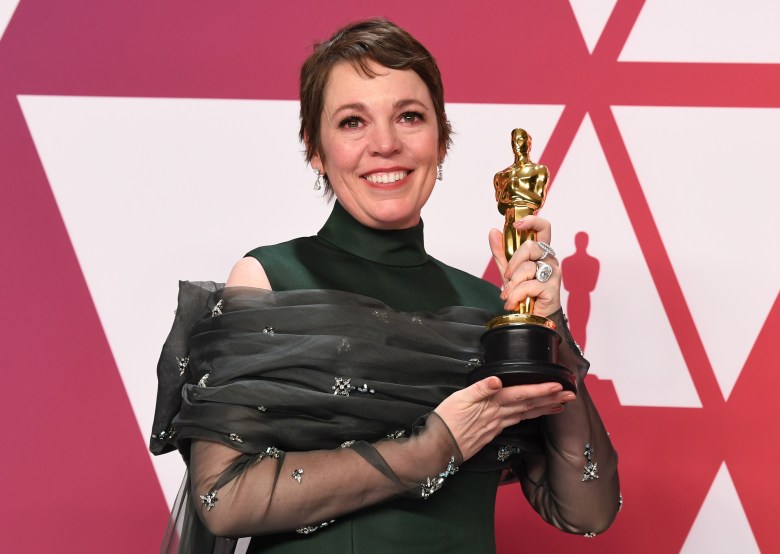 The 2019 Oscars will always be remembered as the year “Green Book” won the Best Picture prize over Alfonso Cuarón’s “Roma” (the outrage was extreme, to say the least), but there’s at least one moment from the telecast that deserves to be celebrated: Olivia Colman winning Best Actress for “The Favourite.” 2019 was supposed to be the year of Glenn Close: after six nominations, the legendary actress earned a seventh for “The Wife” and was far and away the frontrunner to win her first Oscar after picking up the Golden Globe and SAG Award for her performance. Alas, Colman shocked the industry by winning over Close in the ceremony’s biggest upset. It’s too bad Colman doesn’t remember it.

During a recent appearance on “The Graham Norton Show” (via The Independent) to promote her leading turn on “The Crown” Season 3, Colman revealed she “can’t remember” the night she won her Best Actress Oscar because she was too drunk. “The great thing about the Oscars is there is a bar just behind [the auditorium], so everyone is there,” the actress said. “There are hundreds of seat fillers so almost everybody is in the bar getting bladdered.”

Colman’s speech was just as delightful as her upset victory. The actress earned huge laughs for saying she would probably never be back up on the Oscars stage, adding, “Any little girl who’s practicing your speech in front of the the telly… you never know!” Colman even acknowledged that the award was Close’s to lose. Addressing “The Wife” actress, Colman said, “Glenn Close, you’ve been my idol for so long, and this is not how I wanted it to be, and I think you’re amazing.”

Speaking in the press room backstage, Colman was genuinely flummoxed by her victory. “I have no idea, I could not tell you what I’m feeling,” she told reporters. “Next year I’ll be able to put it into words, but I have no idea what to do with myself at the moment.”

Colman followed her Oscar win with an Emmy nomination for her supporting turn in “Fleabag,” and many expect her to be back at the Emmys next year for “The Crown” Season 3. Colman is taking on the lead role of Queen Elizabeth II from Claire Foy. The drama series returns November 17 to Netflix.

Relive Colman’s Oscar victory in the video below.

This Article is related to: Film and tagged Olivia Colman, Oscars, The Favourite