This year's lineup will also feature a screening of the unaired CBS pilot for "L.A. Confidential," starring Walton Goggins and Shea Whigham. 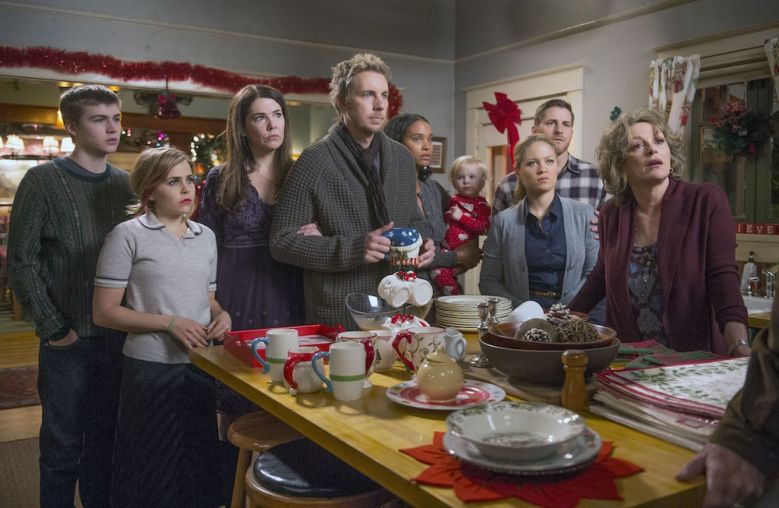 Following the success of past reunions for “Gilmore Girls,” “The West Wing,” and “Battlestar Galactica,” the ATX TV Festival is readying multiple anniversary panels for its 2020 lineup, along with more special screenings and industry-focused discussions.

In honor of the 10th anniversary of its premiere, the “Parenthood” gang is getting back together, including cast members Peter Krause, Lauren Graham, Monica Potter, Erika Christensen, Mae Whitman, and Craig T. Nelson. Creator and executive producer Jason Katims, long a fan-favorite at the Austin-based festival for his role in “Friday Night Lights,” is also scheduled to participate in the panel with fellow writer and E.P. David Hudgins. In addition to a conversation about the series’ enduring legacy, the cast will perform a live script reading of one of the series’ episodes.

ATX is also hosting a restrospective on “Oz,” HBO’s first original hour-long drama from 1997. The look back will dive into the series’ unique narrative structure and feature a conversation with series creator and executive producer Tom Fontana, as well as cast members Lee Tergesen and Dean Winters. More participants for each of the above panels will be announced at a later date.

Beyond honoring some of TV’s favorite former programs, the festival will also shine a spotlight on one of its never-seen pilots. In 2018, CBS decided against ordering its buzzed-about original drama pilot, “L.A. Confidential,” based on the James Ellroy novel that also inspired the Oscar-winning feature film of the same name. The unaired episode, produced by New Regency, Lionsgate, and CBS TV Studios, follows the paths of three homicide detectives, a female reporter, and a Hollywood actress as they cross paths in 1950s Los Angeles. The screening will be followed by a Q&A conversation with series creator/executive producer Jordan Harper (“Gotham”), executive producer Anna Fricke (“Valor”), and executive producer/director Michael Dinner (“Unbelievable”).

Other panels include a conversation sponsored by NBC about the network’s pioneering Female Forward directing initiative, the first program in the industry to guarantee an episodic directing credit to each of its participants. The panel will feature NBC Entertainment Co-Presidents of Scripted Programming, Lisa Katz and Tracey Pakosta, along with participating showrunners and directors from the program’s inaugural and 2019 classes, who will be announced at a later date. New members of the ATX Advisory Board will also be featured in the festival, including showrunner/executive producer/director/actor Gloria Calderon Kellett (“One Day at a Time”), creator/executive producer/director Tanya Saracho (“Vida”), and Lauren Whitney (President, Television, Spyglass Media Group).

ATX Television Festival will take place June 4 – 7, 2020 in Austin, Texas. More panels, screenings, and events will be announced in the coming months, and more information can be found at the organization’s website.

This Article is related to: Television and tagged ATX Television Festival, Justified, Parenthood