The first-time feature writer and director reflect on the rarity of an experience that allowed them to make the film they wanted. 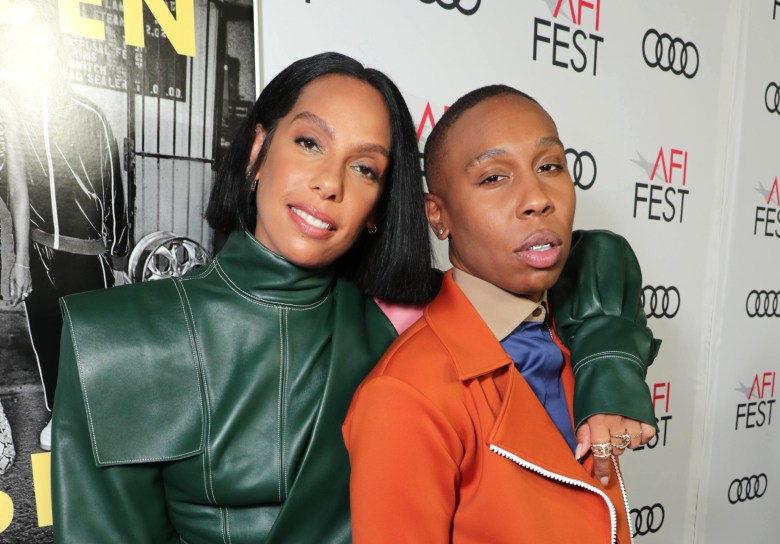 Melina Matsoukas and Lena Waithe at the ‘Queen and Slim’ world premiere Gala screening at AFI FEST in Hollywood, Nov 14, 2019

On the surface, a film hyped as a “black ‘Bonnie and Clyde'” written and directed by first-time feature filmmakers, might be considered a less attractive risk to financiers and distributors, especially at the studio level, even in today’s climate of content excess to meet growing demand.

But for writer Lena Waithe and director Melina Matsoukas, who are also producers on the project, the process of packaging “Queen & Slim” was more seamless than usual.

“We didn’t have to chase anyone because they chased us,” Waithe said of the project. Brad Weston’s Makeready studios won an auction to finance the movie in mid-2018, with Universal Pictures handling marketing and distribution under its existing deal with Weston’s company. “We would walk into meetings, and they would say, ‘Here are all the reasons why you should come to us,'” Waithe said. “It was crazy! It ultimately came down to them asking us what we wanted.”

And she told them exactly what she wanted: the film had to be released in the same year that it was shot; she would have final cut over both the script and the picture; she would not accept notes on the project from any white executives; and there would be no test screenings.

Universal chairwoman Donna Langley had just one main request: that the film be subject to at least one test screening.

Waithe agreed, with caveats of her own, which included that the test audience be comprised of only black people, and that she wouldn’t be required to make any changes based on their feedback.

“They just paid for the movie and supported us, and let us do our thing, which was incredible,” she said. “The only people I took feedback from were Melina, and from my conversations with [star] Daniel [Kaluuya]. But other than that, what you see is 100% purely us, and I want that to be totally clear to folks.”

The idea for the story originated from a somewhat unlikely source — “A Million Little Pieces” author James Frey — who pitched Waithe a basic logline: A black man and a black woman are on a date. As they drive home, they get pulled over by a cop, kill him in self-defense, and go on the run.

Frey had an outline, but Waithe ran with just the nugget of an idea, and developed a script based on it. She did so knowing early on that Matsoukas was her only choice to direct it. “It was Melina, or nobody else,” Waithe said. “I don’t know what I would’ve done if she said no.”

Luckily, Matsoukas was ready to parlay her music video industry bonafides into directing features. She had executive produced and directed episodes of HBO’s “Insecure,” and then directed two episodes in the second season of Aziz Ansari’s Netflix series “Master of None,” where she collaborated with Waithe on the Emmy-winning “Thanksgiving” episode in 2017. Co-written by Ansari and Waithe, the episode was based on Waithe’s own coming-out story. There, she and Matsoukas began to build a sisterly love and trust for each other as writer and director.

Matsoukas didn’t have to think twice about the offer to direct her first feature. “I always like my passion for the project to come from the foundation, which is the script, so when Lena was done with ‘Queen & Slim,’ and I read it, that’s what drove me to direct the film,” she said. “So while I’m very honored that I was her only choice, it was really her words that chose me. It was political and provocative, but it was also this beautiful love story that centered black trauma and struggle with some comic relief.”

In casting the eponymous Queen and Slim, Kaluuya came early and first. Waithe gave him the script to read “for shits and giggles,” but after he read it, he told her that he just had to be Slim. And despite some initial ambivalence from Matsoukas, Kaluuya would eventually book the part.

Casting Turner-Smith as female lead Queen proved trickier, in part because of what Waithe suggested is an unimaginative list of black actresses that Hollywood casting directors typically present. She wanted a fresh face that was, in her words, “brown-skinned.”

Waithe elaborated: “Whenever there is a black woman role, they send you a list of black actresses who are of all different ages, regardless of what you’re looking for, and more than half of them are light-skinned, and the rest of them don’t really need the job. It’s ridiculous, but for them, it’s more like, ‘These are the actresses we know, because they’ve been previously cast in something that we are familiar with.'”

There was also the potential backlash the project would face for casting a British actress in what many considered a quintessentially African American role. Turner-Smith herself was ambivalent about auditioning for the part for that very reason, as she told IndieWire in a recent interview. But Waithe said she wasn’t concerned.

“When you get pulled over, a cop is not going to be less likely to shoot you because you have a British accent,” she said. Waithe also stands firm in her view that she should be able to cast her movie as she wants to, and that the audience should trust her judgement. “I’m an artist, so allow me to make art the way I see fit,” she said. “I always want to go with the best person for the role, and I want to give audiences the best movie possible. I’m trying to do something kind of revolutionary here, by being truly authentic to our experience, and without compromise. So don’t tell me how to cast my movie. Instead, go ahead and make yours.” 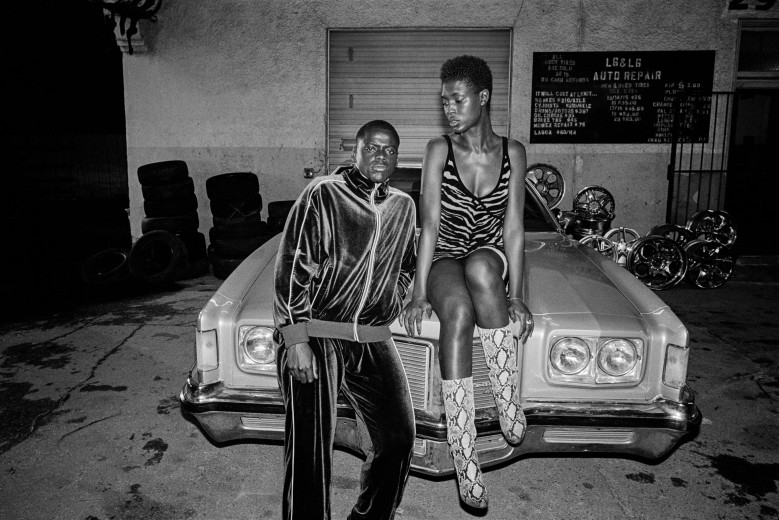 It’s that kind of frank attitude that has gotten Waithe into some hot water in the recent past, including the backlash to a June 2019 New York Times profile titled “Lena Waithe: Why Aren’t Black Stars Funding Films by Black Auteurs?”

The story found Waithe envisioning a system in which black Hollywood elites invest more in black filmmakers and black cinema, instead of relying on a studio hegemony that has historically marginalized the stories of black people. She specifically name-checked Will Smith and Denzel Washington as part of the problem; social media and blogger backlash was swift.

Waithe has some regrets. She said wished that she’d phrased her argument in different terms — but still very much stands by its empowering message of ownership and self-reliance, something that Tyler Perry received a standing ovation for preaching when he received the Ultimate Icon Award at this summer’s BET Awards.

“I want to make it very clear: I respect Will Smith and Denzel Washington, and I think that the way I worded what I said was irresponsible,” she said. “What I really was saying is that, I want to see movies about black people financed by black people — and they don’t even have to be Hollywood people. But I’m not here to tell anybody what to do with their money. However, I think that if a person of color is financing a movie about people of color, there’s a stronger chance that the movie is going to be a little bit more authentic because of a shared experience.”

Additionally, Waithe added that in that scenario, the money stays in the culture. “For me, it was also about trying to keep wealth in our communities,” she said. “The current system does not really allow us much power. We are at the mercy of the studios. So what I wanted to get across is that, I want to keep things all the way black.”

And in the case of “Queen & Slim,” she mostly accomplished that, crafting a provocative, genre-bending narrative that unapologetically celebrates black love, culture and solidarity, both on the screen and behind the camera, as represented by the two women who came together to make exactly the film they wanted.

In a pair of popular tweets, “Bad Feminist” author Roxane Gay called the film “the blackest movie I’ve ever seen,” following a preview screening she attended in September. “The script is so well written, so black, so honest,’ Gay said.

For Matsoukas, that perception was baked into the material. “Lena was always clear about the film being about two black people falling in love as the world is burning down around them, and so we created it to honor the black lives lost to police brutality, and to inspire discussion on the issue,” she said. “But it’s ultimately a story that defines black love as a revolutionary act. It shows that our union is the greatest weapon against the assault on black people in America.”

Both Matsoukas and Waithe are confident in the work they’ve collaborated on, which they said was more inspired by films made during another prolific moment for black cinema in the nineties — their reference points range from “Set It Off” (1996) to “Love Jones” (1995), rather than “Bonnie and Clyde.” And both writer and director are excited for audiences to finally experience what was made with unadulterated love.

“It was wonderful to make something that was so unfiltered, that didn’t have a translator or need to be translated,” Matsoukas said. “It’s a project that I knew I would be able to really say something bold with, and that felt authentic to the black experience, and that honored our culture, our people and our struggles, with dignity.”

This Article is related to: Film and tagged Lena Waithe, Melina Matsoukas, Queen and Slim