The director gets out of his own way to deliver a no-frills, solid-as-oak, competently mounted slice of biopic. 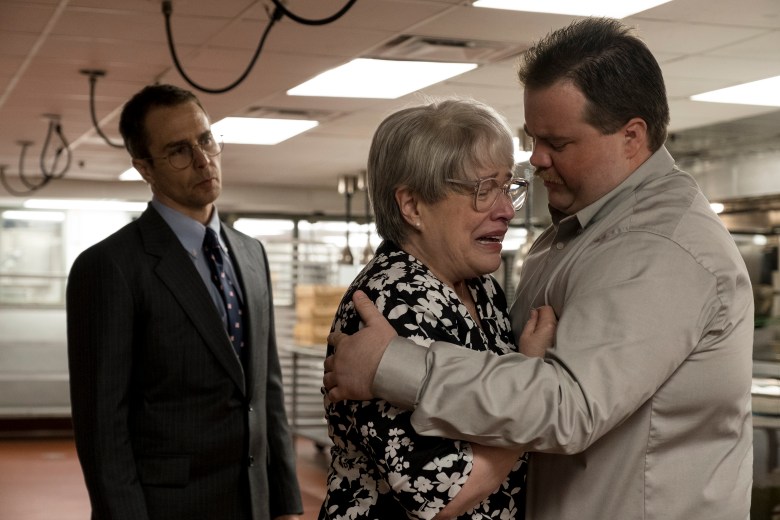 Clint Eastwood’s late career has revolved around two categories: There’s the gloves-off, no-apologies strand of Clint as an old man taking back what’s his while learning a lesson along the way (“The Mule,” “Gran Torino”), or his agitprop offerings — the ones he usually doesn’t star in — that seek to elevate good, but misunderstood real-life men (“Sully,” “The 15:17 to Paris”).

“Richard Jewell” belongs in that latter camp of complicated Eastwood heroes. While the 89-year-old director’s recent films often seem to serve as softer, artistic mea culpas for his controversial ideologies off the set, this time he gets out of his own way with a no-frills, solid-as-oak, competently mounted biopic. This muted drama won’t win Eastwood any new fans, but it won’t mar his legacy, either. The film’s low-key approach to a tragic media scandal feels at once timely and old-fashioned — a character study from another era designed to comment on our own.

“Richard Jewell” explores the plight of its eponymous real-life character, in a tale of heroism gone awry on the public stage: In 1996, security guard Richard Jewell stumbled upon a bomb at Centennial Park during one night of the 1996 Summer Olympics in Atlanta, Georgia. The blast ultimately killed one person and injured more than 100, but could’ve been worse if it weren’t for Jewell successfully identifying the makeshift explosive tucked in a backpack under a bench just before detonation. But, without a tangible perpetrator, the FBI proceeded to make Jewell its primary suspect, and mass hysteria ensued as the FBI scrambled to pull his life apart to build a believable case.

While “Captain Phillips” writer Billy Ray adapts Marie Brenner’s Vanity Fair article into a sturdy retelling of those events, Eastwood handles the inciting set-piece with a striking lack of compromise. The harrowing explosion at Centennial Park — with bodies, limbs, and viscera splayed in Boschean fashion across the field after the bellowing explosion — can’t help but bring to mind images of the 2017 Harvest musical festival shooting in Las Vegas and other similar tragedies of late. While the film is set in the mid-1990s, Eastwood chose to tell this story now for a reason. It’s hard not to think about the panic and depravity of today’s ongoing cycle of homegrown terrorism dominating headlines, where innocent humans, especially in droves, are all moving targets. 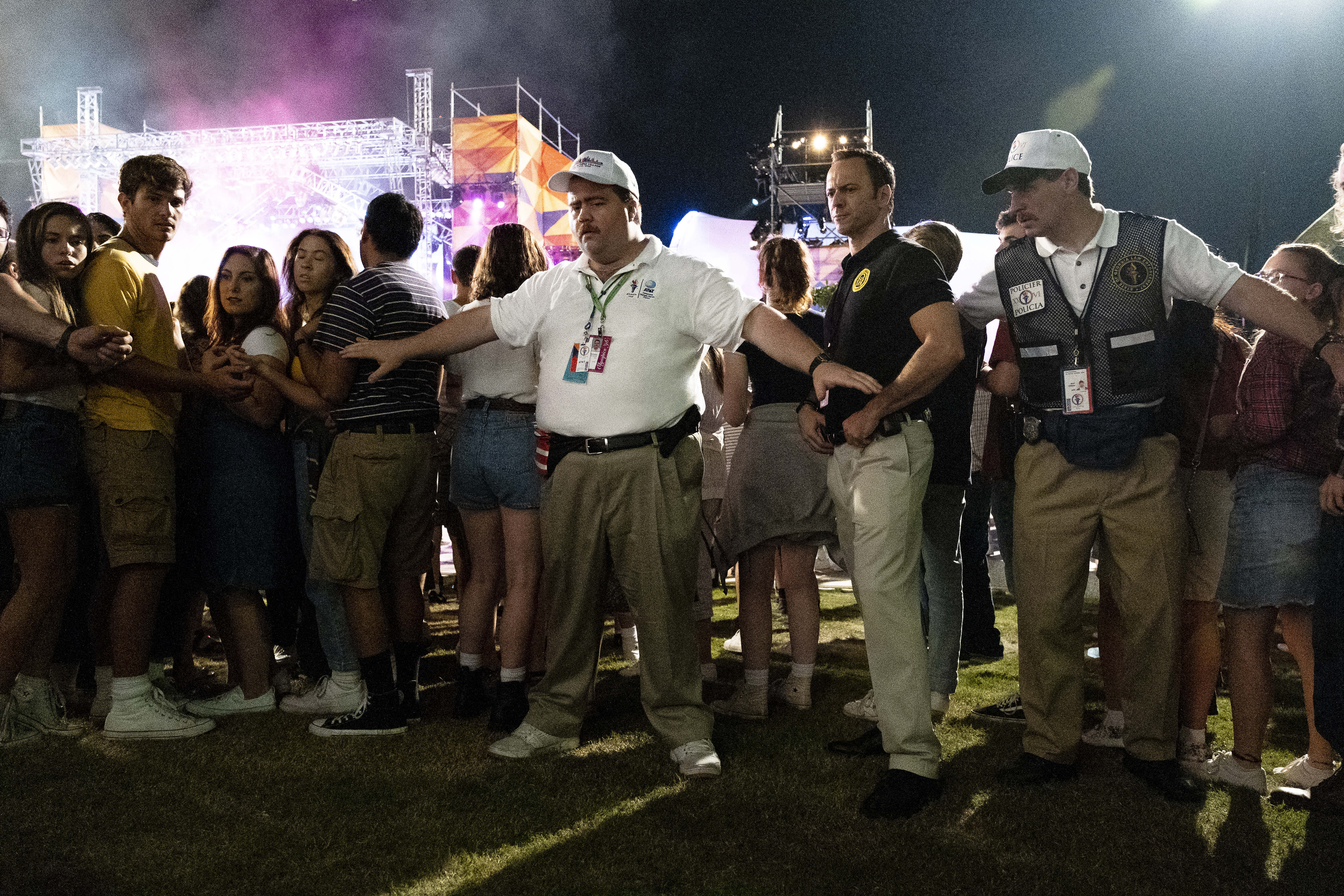 At the crosshairs of a mass media hanging is Paul Walter Hauser’s Richard Jewell. A newcomer to leading roles, Hauser previously starred as one of the white-trash wannabe-criminals who took down Nancy Kerrigan in “I, Tonya.” Despite the dark material, Jewell’s standup background is evident here: The actor gives his character a cringeworthy sincerity — especially in abetting the FBI’s probe as they storm his mother’s apartment and arbitrarily box up her Tupperware, VHS tapes, and underwear as evidence — that’s almost humorous in its connotations, and allows the actor to work his own strengths into the material.

Jewell’s low-profile existence didn’t help his case. Until this 1996 moment of attempted grassroots heroism turned his life inside out, Jewell was a sad sack. He kept a low profile as a carpenter, handyman, or cop-for-rent, and as seen in the film, irritated the authority of his employers and drove them crazy with his self-sabotaging earnestness. Early in the film, he’s called into the office of his boss at a campus dorm facility, where Jewell is hired to police the bad behavior of rowdy college kids. Jewell has apparently been pissing off his charges by getting too physical, and has also been going way beyond the call of duty by pulling people over on the road while off-duty. (He’s not a real cop.) So he’s axed from the job and back to working as a thankless security detail at public events, which is how he ends up at the Olympic games in his hometown.

Even as Hauser’s performance lends the film a tragicomic edge, Eastwood’s solemn filmmaking never mocks his protagonist’s unfortunate place as the whipping post of the public eye. Arturo Sandoval’s hushed piano score is rarely present, until the movie gets into its second, more emotional half, and never veers into mawkishness.

Eastwood and “Mule” cinematographer Yves Bélanger maintain a static camera and often view their characters from a distance, never intervening to paste bold aesthetic choices onto the story. While the film’s muted visual approach threatens to push it into TV-movie territory, Eastwood’s plain style tends to be his greatest asset, because the stories at his films’ centers are often wild enough to tell themselves. That’s certainly the case here. 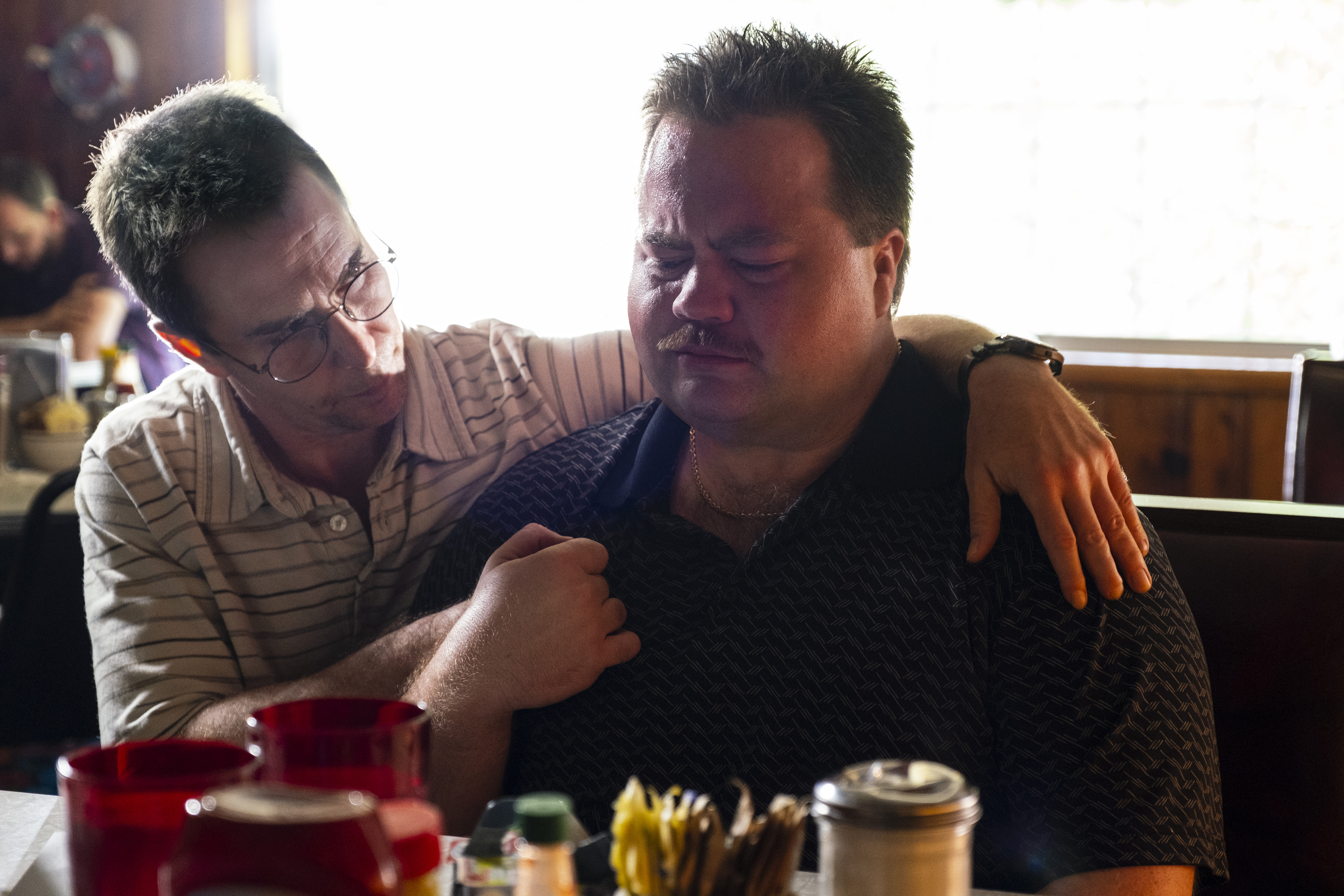 Still, the movie has a few emotional showstoppers. Its most touching performance comes from Kathy Bates as Richard’s mother Bobi. Bates is largely relegated to the story’s sidelines as the hand-wringing, doting helicopter mom, but a scene where Bobi is forced to deliver a tearful press conference, pleading for then-President Bill Clinton to pardon her son, injects the movie with a gutting centerpiece. As Richard Jewell’s anti-establishment attorney Watson Bryant, Sam Rockwell provides an anchor of reason as he coaches Jewell on how to navigate the barrage of accusations coming his way — and is the necessary straight man to set up some of Jewell’s worst verbal pratfalls.

Olivia Wilde, meanwhile, goes to town in the small but saucy role of aggressive, lede-chasing Atlanta Journal-Constitution reporter Kathy Scruggs. But the character has questionable implications, especially given a scene where Scruggs (who died in 2001) tries to trade sex with an FBI agent (Jon Hamm) for a story tip. Official accounts of the Jewell story make no mention of that twist, and it stands out a curious embellishment in a movie that generally commits to realism throughout.

With such artistic allowances in mind, “Richard Jewell” clearly falls on the sympathies of the protagonist and his defenders, with the press and Federal Bureau of Investigation shown as the bad guys not to be trusted. Jewell died in 2007, which means that the movie’s arguably most important voice will remain in the ether. Though the FBI arrested the real suspect of the bombing, Eric Rudolph, in 2003, there are plenty of loose ends here to inspire conversation. Jewell may have got a raw deal, but the biggest success of Eastwood’s movie is its attempt to do him some justice.

“Richard Jewell” world-premiered at AFI FEST 2019 and will be released theatrically by Warner Bros. on Friday, December 13.