The show's return from a two-year hiatus strengthens some its own greatest hits in a way that proves "Rick and Morty" was worth waiting for. 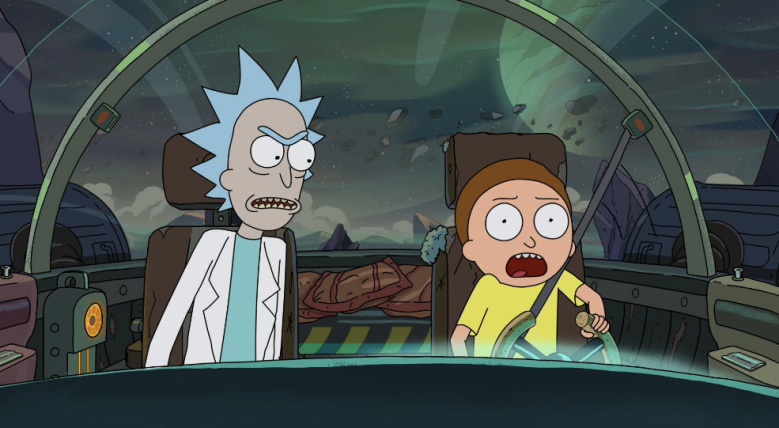 Years from now, when someone is catching up on “Rick and Morty” during an afternoon HBO Max binge, the Season 4 premiere will make for a curious stop. Much like the stealth Season 3 premiere, dropped on April Fool’s Day 2017 in an extreme case of committing to the bit, it’s hard to separate this episode from the context in which it arrives.

The last new “Rick and Morty” episode came 25 months ago, and it’s easy to see this return to the air as both a nod to fan favorite slices from years past and a reset of sorts, brought on by that time away. That hand-in-hand idea comes right at the top of “Edge of Tomorty: Rick Die Repeat,” as Rick proclaims he’s off to harvest death crystals from Forbojolon Prime, and Beth insists that Morty be given a say in whether he should have to tag along.

After Morty gives an enthusiastic OK, the pair complete their stated goal fairly quickly. In addition to the handful of poachers dispatched with a series of brutally efficient laser headshots, Morty also heads home with one of the crystals showing him a vision of his peaceful death with his long-beloved Jessica at his side. Determined to make this version of events a reality, Morty gears his every action to follow the crystal’s kaleidoscopic visions.

His first mistake sends Rick through the windshield of their ship, impaling him on an alien planet stalagmite. “Rick and Morty” seems to revel in outdoing its own grotesquery, but there’s a fresh layer to how matter-of-factly Morty deals with the sight of Rick’s mangled corpse while listening to Hologram Rick’s instructions on how to use DNA to bring him back to life. Sure, Morty’s driven by hopeless pining, but the show still makes room for demonstrating how desensitized the poor guy has become at this point.

With Morty ignoring his protests in this reality, Rick’s subconsciousness tries to bring him back to physical form, reanimating him in clone vats located in other dimensions. One slight problem: All of those alternate realities are stuck in the clutches of fascism, be they Ricks of human, shrimp, or teddy bear varieties. Meanwhile, Morty continues to escalate his efforts to ensure a Jessica-filled future, eventually using Rick’s inventions to become a crystal-guided super-entity poised to destroy any living thing in his path.

“Rick and Morty” has never been short on visual wizardry. The logistics-heavy character design of Pickle Rick or the Skittles-colored world-building of a place like Froopyland doesn’t happen without a meticulous attention to detail that floods so many of the series’ frames. “Edge of Tomorty” is a helpful reminder the show can still deliver a compelling story, even on mute. Hologram Rick walking casually outside a moving ship’s cockpit, Morty’s feral fluid sustenance cave, and the truly ghastly tableau at the end of the episode’s final battle all hammer home the idea that endless possibilities often come with a price, even if Rick and Morty get to walk away from the wreckage relatively intact. 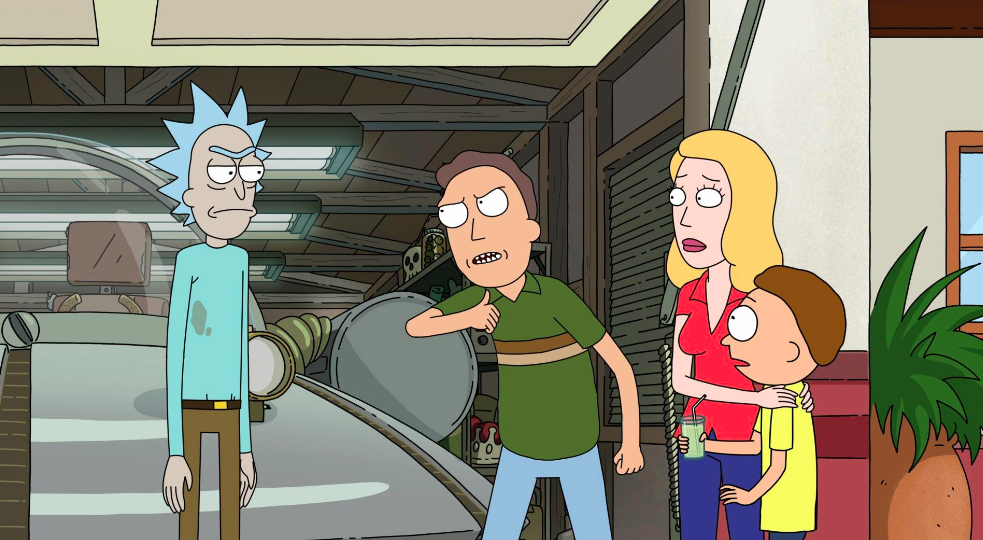 And it’s always satisfying to hear the show’s performances line up with that idea. Season 3 had a handful of episodes that really leaned into massive chunks of self-referential gags that distracted (and in some ways detracted) from the legwork being put in elsewhere to make this a full series experience. “Edge of Tomorty” keeps the momentum pulsing forward by not pausing to pat itself on the back for moments like Rick’s dangerously calm approach to evading the poachers (“Certain death, certain death…”), the introductions of the various Ricks (“Wasp Morty’s been on some crazy message boards”), or the perfect frisson that Chris Parnell puts on Jerry’s pronunciation of the word “anime.”

The show’s team — including episode director Erica Hayes and writer Mike McMahan — clearly wanted to ease back into this season with some other glancing, familiar ideas. “Humans getting unexpectedly cubed” makes its comeback, and this episode takes the “Keep Summer Safe” idea and gives the leftover people-pieces their own sets of legs. Mr. Goldenfold is once again the cruel victim of circumstances, this time the shrieking meal of a family of Wasp Smiths. (Brandon Johnson doesn’t get enough credit for how much he squeezes into these cameos. “Run, my babies!” has to be one of the most bizarrely tragic line-readings in the show’s 32 episodes so far.)

This certainly isn’t the first time that one Morty decision has quickly snowballed into a series of events dooming the planet, and it certainly isn’t the first time “Rick and Morty” has argued Nazis are, in fact, bad. That these elements don’t feel like complete retreads is an accomplishment, and that’s mainly due to how it introduces the suggestion of so much more horrific stuff beyond the frame. (Where are those cube feet running? Is there a larval Mrs. Goldenfold that was on the menu the previous night??)

The Season 4 premiere adds another layer of understanding beyond the winkiness, too. The obstacles in Rick and Morty’s way are bullies, authoritarians, and the crippling expectations of having to guide a story to its endpoint. It’s hard not to see this as a direct response to everything projected onto the show since its meteoric rise within the culture. Before the show’s hiatus, the vocally toxic element of the show’s fanbase became an overbearing blight on the show’s reputation, making demands and willful misreadings of the series with an overbearing frequency.

So the way these familiar elements of the show — the Meeseeks, clone vats, even Gearhead — get remixed in “Edge of Tomorty” feel like a way of, like Morty, the show asserting that it has its own say in where it gets to go and how long it takes to get there. So much of “Rick and Morty” is built around Rick’s hubris that it’s always more interesting to see how a fledgling, non-eyepatched Morty can still find ways to keep up.

Maybe this premiere is setting the table for looking at the long-term consequences of being dragged around dimensions, recombining matter, and existing momentarily as an all-powerful kinetic god-being. It’s not necessarily new ground, but even without the aid of a future-predicting crystal, there’s still a sense that the show is seeing itself through new eyes. (Just be careful of the wasp stingers.)