Last week's episode provoked outcry by taking aim at transgender athletes, but the Comedy Central show has a long history of transphobia. 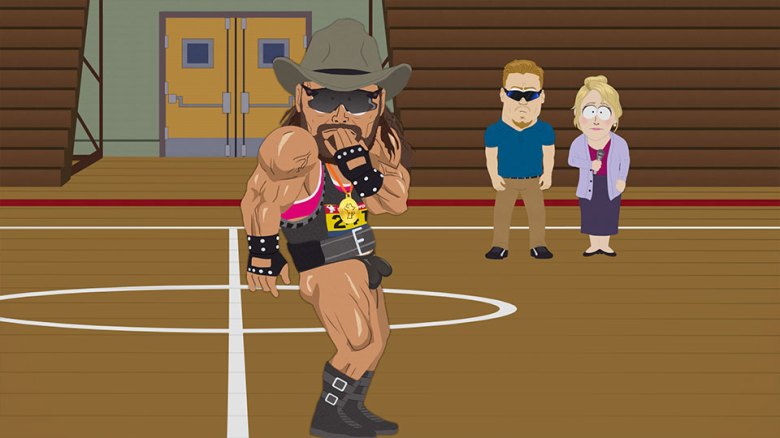 On last Wednesday’s episode of “South Park,” a Randy Savage-type character enters and wins a Strong Woman competition. The supposed joke? Her name is Heather. Hulking with muscle and sporting a dark beard and gruff voice, she quickly dispenses with the competition. Looking on in shy discomfort are PC Principal and his wife, vice principal Strong Woman, who parent the PC Babies, the show’s tongue-in-cheek caricature of hyper-progressive white liberals. As Heather arrogantly sweeps a barrage of women’s competitions, bragging that she can beat any woman, her bad attitude tests the mettle of their liberal goodwill.

The episode, titled “Board Girls,” and the seventh episode of the 23rd season of Trey Parker and Matt Stone’s Comedy Central series, provoked an immediate and universal backlash, and IndieWire reached out to the network for comment.

But nobody seemed particularly surprised.

“South Park” has been wading into transphobic waters since as early as 2005, when the boys’ teacher Mr. Garrison transitions. The first episode in the show’s ninth season, “Mr. Garrison’s Fancy New Vagina” is a landmine of insensitive, triggering, invalidating, and hateful assumptions about transgender people. The opening scene begins during Garrison’s surgery, which begins with the doctor explaining the process and technique in great detail, with a mocking tone implying that vaginoplasty is disgusting and ridiculous. The camera cuts out of its animated world to show real surgical footage, gawking under a literal microscope at a process that is for many a joyous, affirming, and life-saving surgery.

When Mrs. Garrison introduces herself to the boys as a woman, Kyle gets the idea to turn himself into a tall black man, so he can play basketball. The doctor calls the surgery a “negroplasty,” and later performs a “dolphinoplasty” on Kyle’s father, turning him into a dolphin. Here the show is espousing the age-old transphobic argument that gender is as immutable a trait as race or even species.

But the most offensive lines (and this is where trans people might want to stop reading) in the episode come from Garrison herself, when she becomes incensed that she can’t get her period or get pregnant. “This would mean I’m not really a woman. I’m just a guy with a mutilated penis,” Garrison says. “You made me into a freak.”

Two seasons later, Stone and Parker delve back into communities they know nothing about to take aim at lesbians. Again using Garrison as their avatar into queer spaces, “D-Yikes” is a Season 11 episode that deals with the shuttering a local women’s bar. Swearing off men, Garrison is hit on by a lesbian named Allyson at Curves. Nervous at first, Garrison quickly becomes enamored with scissoring, as Parker, who wrote the episode, trots out the tried old “what do lesbians do in bed, anyway?” joke. (Here’s a tip: It’s never scissoring. And no one has to fake an orgasm.) When the bar is bought by a bald, earring-clad Turkish mafioso who turns out to be a woman, Garrison ends up scissoring her ’til the cows come home.

Nearly 15 years later, and “South Park” is trotting out the same tired old transphobic, homophobic, intentionally offensive gobbledygook. This latest example is only a continuation of a pattern that has long served to alienate viewers and reflect poorly on a show that has, in the past, demonstrated nuanced humor around hot button topics.

The finale scene of “Board Girls,” also written by Parker, contains a half-measured attempt at nuance, or at least a statement of intention for a nuanced take that never arrives. After he has beat up Heather on national TV, PC Principal is nervous his PC Babies won’t love him anymore. To his surprise, they greet him lovingly.

“They don’t care. They must see the nuance to this situation,” he says, talking out to the audience. “They must realize that raising the gender-based issue of strength doesn’t necessarily make someone a bigot or a bully.”

Parker’s pandering plea that his viewers not see him as a bigot for writing such a lazy, charged, and dangerous script is so ridiculous it’s almost laughable. That he thinks this one sheepish line is any sort of capitulation or mea culpa — well — that’s the only good joke in the whole script.