The scariest reality for Apple TV+ might be that consumers just don't need another streaming service. 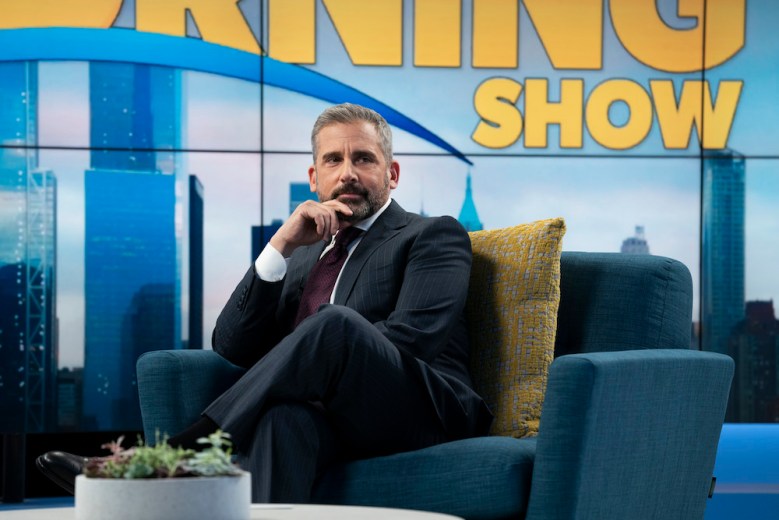 Steve Carell in “The Morning Show.”

Stephen King loves Apple TV+ marquee drama “The Morning Show” so much that he tweeted about it. “’THE MORNING SHOW: Instantly involving, characters you care about, professionally made, acted with elan. What’s not to like?” he asked the internet ether on Sunday and, like it or not, the ether responded.

Setting aside the reality that many, many critics found plenty not to like about the first three episodes of the series, some cast and crew members, including showrunner Kerry Ehrin and actor Mark Duplass, replied with thanks for his praise, other individuals pointed out exactly what there was not to like about the new series, sight unseen.

THE MORNING SHOW: Instantly involving, characters you care about, professionally made, acted with elan. What's not to like?

Thank you so much for this. ❤️

thank u so much for the nice words. u r a hero of mine and this means the world.

Repeatedly in the hundreds of responses to his relatively innocuous tweet, people bemoaned that the series exists on another streaming service that they have neither the time, nor the funds, to invest in. Others had no real conception of how streaming TV works, informing the horror author that they’d just wait to catch it once it finally arrives on Netflix or Amazon.

That's only on Apple tv, a platform I don't have interest in purchasing, as in android lifer. #boo

That I can't watch it because it's on yet another streaming channel that I can't afford.

That’s it’s on Apple TV and not network channels?

This is the real challenge that Apple faces. It’s not about what household names enjoy their TV product, it’s about whether or not the average household is willing to shell out for a streaming service that has yet to prove itself. It was never a battle that was going to be won overnight, and given that it’s mere days since the launch of Apple TV+ its not fair to speak to the perceived success or failure of an endeavor that’s barely made it out of the starting gate.

The entire ethos behind cord cutting was to free people from oppressively large cable bills that offered a lot of what consumers didn’t want along with the few channels that they did. With Apple TV+ and, soon, Disney+, we’re verging on an era of peak subscriber-based TV. There’s only so many hours in a day and so many shows to stream. At some point, there’s going to be a cull in which viewers decide what it is they really want from their streaming services and some contenders just aren’t going to make the cut.

When that day comes – and it will come – it’s not even going to be a question of what your price point is, something that, at $5 a month, brings Apple in at the lower end of the cost structure for platforms, it’s going to be about value. Does what the tech giant’s offering stand up to Netflix’s expansive library of content, available for $9, or even newcomer Disney+, with its backlog of animated classics and Marvel blockbusters at fans fingertips for $7 monthly? Not even Stephen King knows the answer to that.