In an event for media educators hosted by the Television Academy Foundation, four women TV directors outlined how the playing field for men and women is far from level. 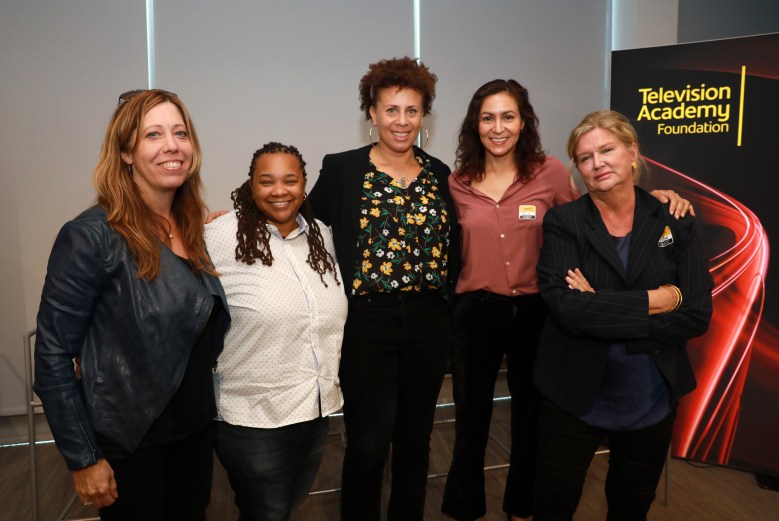 Invision for The Television Academy

The conversation was lively at the Directing for Television: Women Calling the Shots panel hosted by the Television Academy Foundation on Monday, with four successful female TV directors speaking candidly about the industry and their place in it. The discussion took place as part of the foundation’s Faculty Seminar: The Conference event, during which media educators from around the country gathered for the opportunity to better educate TV’s next generation of content creators and industry leaders.

“I really thought I knew [what I was doing],” Anya Adams said of her first time directing an episode. “I was the first AD, so I was right up there in everything,” she continued, “but the politics that the director has to go through with producers and actors is something you can only experience if you’re in that position.” Adams’ credits include episodes of ABC’s “Speechless” and “Fresh Off the Boat,” among others.

But while some knowledge needs to be experienced first hand, other women pointed out ways that they wish they’d been better prepared to break into the industry. Tina Mabry, who has directed for FX’s “Pose” and Fox’s “9-1-1” had nothing but praise for her education from USC, save for one area that went overlooked.

“USC teaches you how to make riveting and strong characters. You will know how to make a film creatively like nobody’s business. Now I’m going to date myself, but I got out of grad school in 2005 and at that time, they didn’t teach us how to sell it,” Mabry said. “You can make the most beautiful film, the greatest, most impactful film, but if nobody sees it, what’s the point?”

To that end, Carmen Marrón, director of two feature films, as well as an episode of OWN’s “Queen Sugar,” found that in a way, it was her business degree that gave her the tools for success within Hollywood while publicizing her first film.

“The only reason I’m here is because I was tireless with marketing. My first feature didn’t get into Sundance, so I was like, okay, I’m going to hit the next level of festivals and push it on social media and go around to local radio stations,” she shared. “Whatever I needed to do, I focused on the subject matter and getting the public interested. Because I know so many incredible filmmakers who’ve done three, four, five films and never gotten distribution. It really makes or breaks it.” 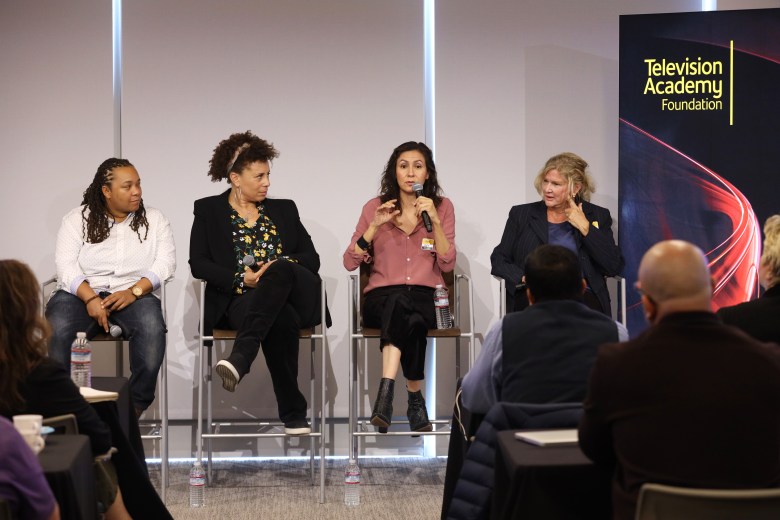 Invision for The Television Academy

But challenges don’t stop once women get a foothold in television. Dennie Gordon, who broke into the industry directing on David E. Kelley shows including CBS dramas “Picket Fences” and “Chicago Hope” shared a story about how the industry has (and hasn’t) evolved over the years.

“I was always the only woman on set and so many of the crew would say, ‘We’ve never had a woman before,’ so I felt this incredible responsibility to make it the most excellent experience so that other women could come and have the I did,” Gordon said. “I do remember going into an interview and I will bust them on this, it was for ‘Entourage,’ my agents were very high on me and they were very high on me and when I went to go meet them they said, ‘You know, we did have a woman director once and it didn’t work. So I don’t know. I don’t know.'”

Adams echoed Gordon’s thoughts about needing to win over a room, saying “A crew will have a way of working that they’re used to and women coming in and leading the charge is something they’re not used to.”

“I feel like in certain areas, when you get into those situations, what I’ve learned is I like to use humor. You got to get them on your side. And that’s just a part of being a female director at this point,” she continued.

“One thing you could say to your female students,” Gordon said, “is to have a sense of humor, be easygoing, and most of all be excellent, so you’re above reproach.”

“You don’t have the luxury to fail,” Mabry added, a sentiment that all the panelists were in agreement on.

Adams went a step further, delineating between expectations between female and male directors on a set. “Men don’t have to leave the room with everyone saying, ‘I fucking love Joe. He was awesome.’ They don’t care. They’re like, ‘Joe did a great episode.’ But I have to leave the room with them going, ‘I fucking love Anya. I want her to come back.’ That’s it. That’s the difference between women and men right now.”

Faculty Seminar: The Conference was held November 4-6 at the Saban Media Center in North Hollywood. 2019 is the first year the event was open to all college and university media educators nationwide, previously operating as an invitation only event.