"I'm still not sure and I'm processing," Miller told KRCW about why "Dark Fate" was a huge box office disaster. 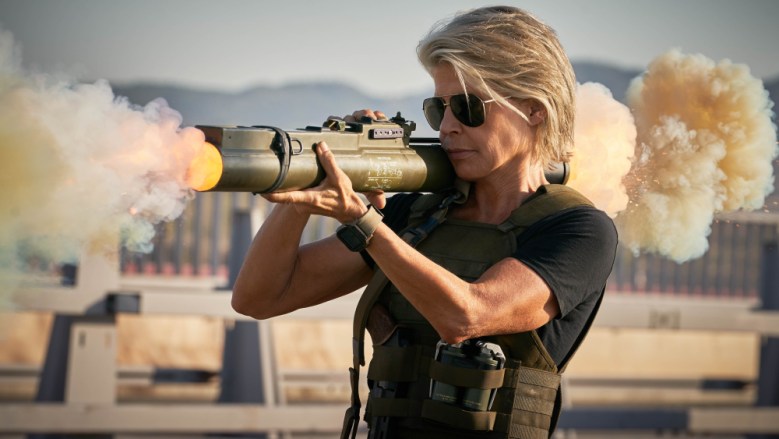 Before “Terminator: Dark Fate” opened in theaters and became one of the fall movie season’s biggest box office bombs, producer James Cameron told CinemaBlend that he and director Tim Miller fought through many creative differences during the editing process. “The blood is still being scrubbed off the walls from those creative battles,” Cameron said. “This is a film that was forged in fire.” “Dark Fate” has grossed just under $60 million since opening November 1. In his first interview since the film’s disastrous theatrical run started, Miller told KCRW’s “The Business” podcast that he will no longer work with Cameron or any producer, actor, or director that can take creative control over a project away from him.

“I’m sure we could write a book on why it didn’t work,” Miller said of “Dark Fate” bombing. “I’m still not sure and I’m processing, but I’m very proud of the movie.”

Miller revealed that disagreements with Cameron started early in development when the two disagreed on the “Dark Fate” story and what should happen in the future. “[I suggested] Legion is so powerful, the only way to beat it is going back in time and strangle it in the crib,” Miller said. “Jim says, ‘What’s dramatic about the humans losing?’ And I say, ‘Well, What’s dramatic about the humans winning and they just need to keep on winning?’ I like a last stand. It’s not his thing.”

Miller said that Cameron also did not like small lines of dialogue that Miller found “poetic and beautiful.” The filmmaker was powerless in this station because Cameron and producer David Ellison had final cut privileges, and yet that didn’t stop Miller from pushing back.

“My name is still on it as director,” said Miller. “Even if I’m going to lose the fight. I still feel this obligation to fight because that is what the director is supposed to do. Fight for the movie.”

Miller’s experience with Cameron came after he left the directing gig for “Deadpool 2” over a similar reason. “It became clear that Ryan [Reynolds] wanted to be in control of the franchise,” he said. “You can work that way as a director, quite successfully, but I can’t. I don’t mind having a debate, but if I can’t win, I don’t want to play. And I don’t think you can negotiate every creative decision, there’s too many to make. So Ryan’s the face of the franchise, and he was the most important component of that, by far. So if he decides he wants to control it, then he’s going to control it.”

Following “Terminator: Dark Fate,” Miller has no hard feelings against Cameron. As for future projects, the director said, “I just don’t want to be in a situation again where I don’t have the control to do what I think is right.”