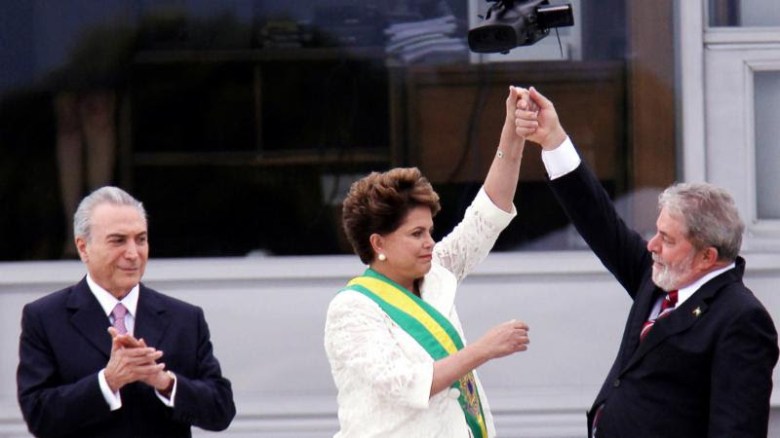 Petra Costa’s eloquent and resonant Netflix documentary, “The Edge of Democracy” begins and ends with former Brazilian president Luiz Inácio Lula da Silva — aka “Lula” — being sent to prison without due process, foregrounding what the filmmaker views as a subversion of the democratic rule of law.

On Nov. 8, Lula was released from prison after serving 580 days of a 12-year sentence. His release followed a Supreme Court decision granting defendants their freedom until they’ve exhausted all appeals. Some in Brazil see this as a hopeful turn of events, but, in an interview with IndieWire, the director said she’s still worried, calling the situation in her country “very fragile.”

“Once I heard the news I was moved,” said Costa, who won the Directing Award at DOC NYC this month and is a frontrunner for a slew of other non-fiction prizes, including three from the IDA. “I immediately worried about what would happen, given the repeated abuses to the rule of law that have occurred.”

Among those abuses: Lula’s imprisonment while he was a presidential candidate last year. The court’s decision overturned a ruling that an individual can be jailed before due process is completed; according to the Brazilian constitution, every Brazilian is owed a presumption of innocence.

“If this constitutional right had been respected in the first place,” said Costa, “it is likely that Lula would not have been imprisoned. In turn this means he would probably have won the election since he was the frontrunner.”

The abuses have piled up since Lula’s imprisonment and far-right candidate Jair Bolsonaro’s swearing in as president at the start of the year. In fact, until last week Brazil seemed irrevocably slouching toward dictatorship: in the eleven months since Bolsonaro has been in office, he’s cozied up to agribusiness, orchestrating attacks on constitutional laws protecting the environment (resulting in the massive burning of the Amazon rain forest), and enabling invasions and attacks on the roughly 900,000 indigenous of Brazil. Like his northern counterpart, president Trump, Bolsonaro has also shown little interest in the truth while threatening rights of political opponents and wantonly creating conflicts with other nations.

“The Edge of Democracy” reveals Costa as an astute student of the idea of a democracy, not just in Brazil. Toward the end of the film, after showing protesters calling for Lula not to turn himself in to authorities, Costa says in voice-over, “How do we deal with the pain of being thrown into a future that looks as bleak as our darkest past?” — a line that refers to the 21-year dictatorship from which Brazil finally emerged in 1985. “What do we do when the mask of civility falls,” Costa’s voiceover continues, “and what appears is an ever-more daunting image of ourselves?” Finally, Costa ends with, “Where do we gather strength to walk through the ruins and start anew?” 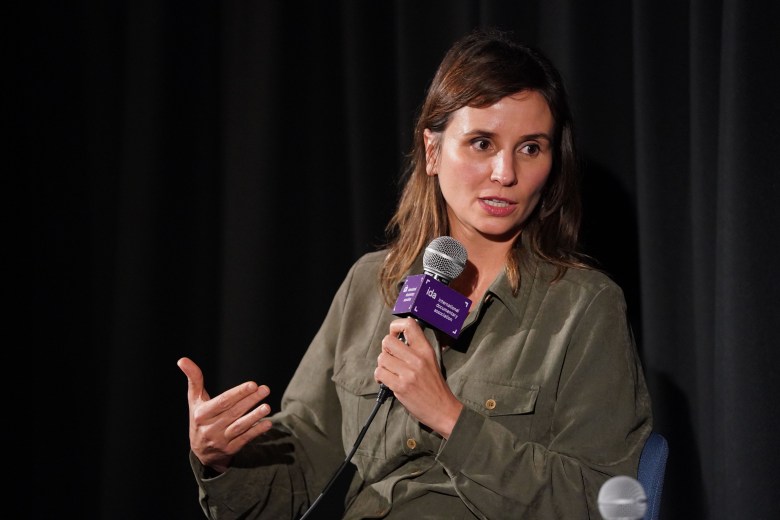 While the Brazilian left hopes Lula’s freedom will re-energize resistance against Bolsonaro, Costa said she was cautious to leap to conclusions. “There are different scenarios that could unfold,” she said. “One is Lula is taken back to prison. This has to be considered.” She also said she feared hardline tactics by the government against the opposition, such as outlawing freedom of expression and the right to peaceably assemble.

More fundamentally, Costa worries about the compatibility of unregulated capitalism with democracy. “Democracy is by definition the possibility of the people to decide over their own destiny,” said Costa. “If the control of this destiny has been overtaken by big corporations — be it through corruption, lobbying, the use of social media to alter elections — what is left of democracy? Of course this is more explicit in countries where democracy is younger, such as Brazil or most of Latin America. But what we are witnessing is a global phenomenon.”

Costa views her film as a cautionary tale for many parts of the world today. “I started out making the film by witnessing what was on the street outside my window,” she said. “But very quickly realized people all over the world were struggling with frighteningly similar issues.” As “The Edge of Democracy” reaches a global audience on Netflix and the company campaign for it throughout the 2019-20 awards season, its international resonance is undeniable. “We each are going through something that feels uniquely like our own country’s mess and when we look around, the resonances are everywhere – the same erosions are occurring in many countries,” she said. “It’s crucial we examine why and attempt to understand how fragile our democracies are and what we can do to protect them.”

“The Edge of Democracy” is now on Netflix.

This Article is related to: Film and tagged Netflix, The Edge of Democracy