Offering a new ending (that's not really an ending) and a new story (that's a lot like the old one), Charlie Covell's sequel season proves the worrywarts right. 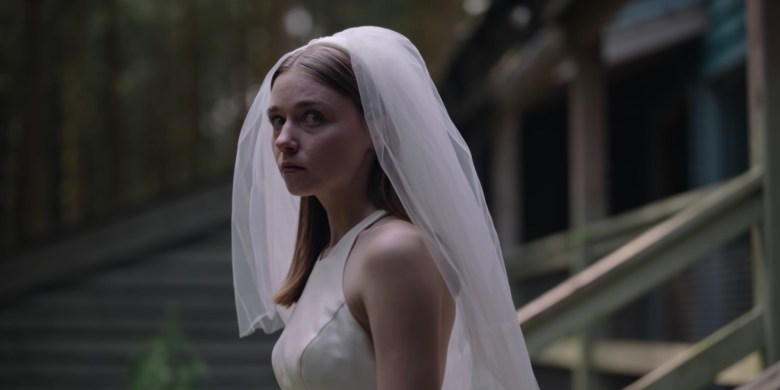 Jessica Barden in “The End of the Fucking World”

As is the standard with binge culture, the conversation around “The End of the Fucking World” Season 1 was almost entirely dominated by its ending. Despite all eight episodes offering food for thought on abuse, violence, and love, Netflix audiences’ quick consumption habits set their sights on what is, after all, a shocking finale — 17-year-old James (Alex Lawther) is presumably gunned down by the police while trying to save the love of his young life, Alyssa (Jessica Barden), from being blamed for their recent crime spree. I say “presumably gunned down” because the final shot cuts to black before we can actually see James’ death, but his ugly fate could be safely assumed given a) it’s the logical culmination of his tragic arc, and b) it’s the ending in Charles Forsman’s original comic book.

But because of the series’ added ambiguity, plenty of chatter focused not only on the ending, but whether or not it was the ending. Netflix viewers wanted answers: Was this the end of “The End of the Fucking World” or just the end of the first season? Were they supposed to find closure and make peace with these eight episodes, or could they hold out hope for James? Was this love story a modern day Romeo & Juliet, where the teen couple’s abusive families and cruel world ruined their unblemished love, or could Romeo spit out the poison before it sends him to the other side?

Enter Season 2. Charlie Covell, who wrote the entire first season, returns to expand on the original story, as does Jessica Barden, to further deepen Alyssa’s difficult maturation. Crimes are committed, love is rekindled, damage is exacted and exhumed; there’s also a new character, Bonnie, played by Naomi Ackie, who gets an episode all to herself at the top of Season 2 and thus sets the plot in motion.

Sadly, that plot is largely redundant, reworking the story beats from Season 1 to make explicit everything that was implied. By the time you get to the end of Season 2, very little vital progress has been made, besides moving the characters away from that traumatic final moment on the beach, and in doing so, upending the bite of Season 1’s tragedy and replacing it with something much more palatable and much more commonplace. What happened before may have been ugly, sad, and awful, but all of those emotions were used to highlight the love these two messed up kids discovered — which was truly special. 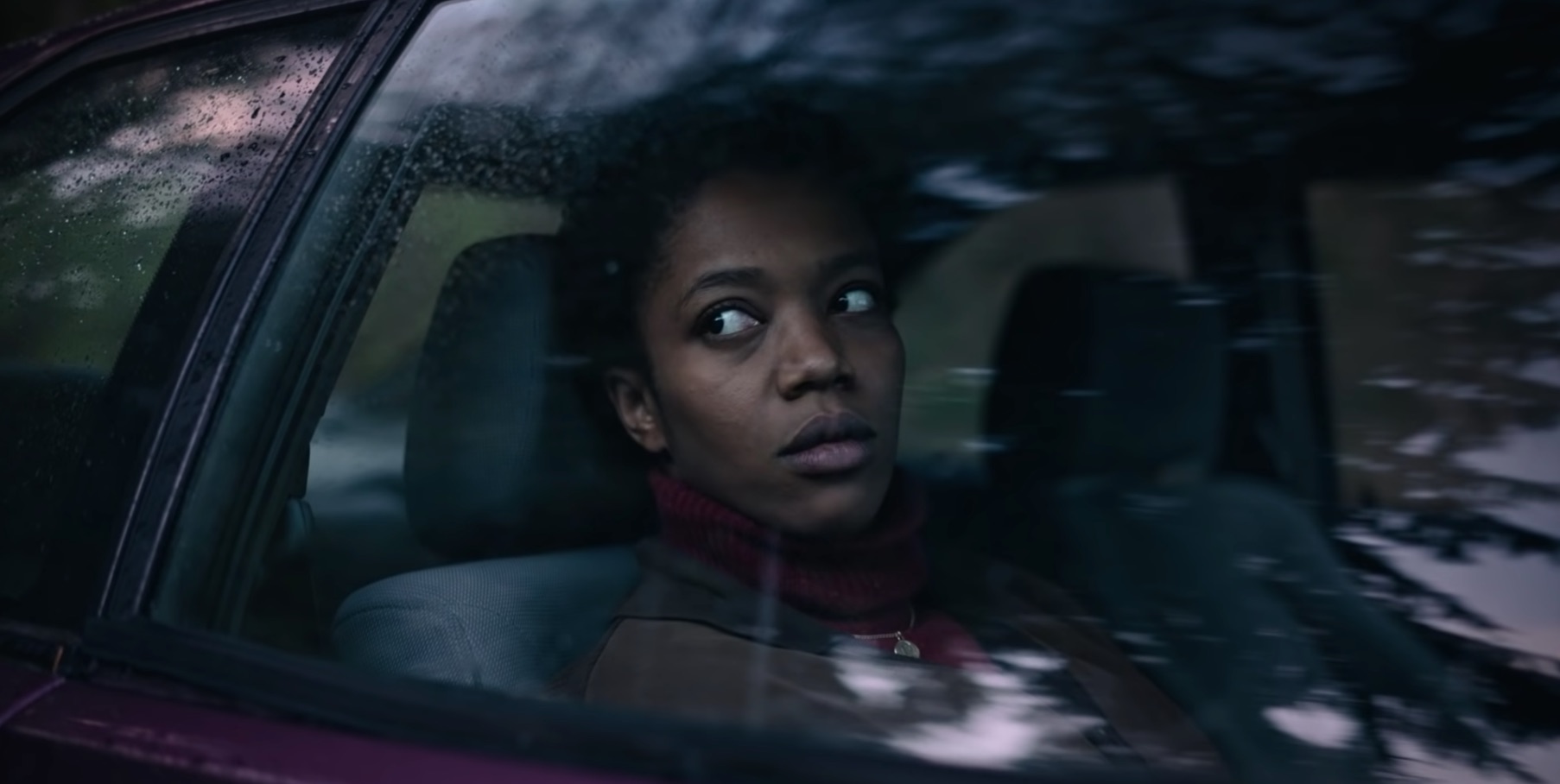 Naomi Ackie in “The End of the Fucking World”

[Editor’s Note: The following portion of the review contains spoilers for “The End of the Fucking World” Season 2, including the ending.]

Season 2 makes two big choices to set itself in motion, and neither proves worth the trip. The first is Bonnie’s purpose: Given the full first episode to establish her backstory, Bonnie is shown as another wayward youth who comes from a broken home where she learned misguided lessons about love. Her mother’s strict tutelage — she makes Bonnie eat her lipstick because it’s a distraction from school — has an emotionally deadening effect, making Bonnie believe she deserves to be punished as much as she believes extreme punishments go hand-in-hand with proving your love.

This is meant to explain her relationship with Dr. Clive Koch (Jonathan Aris), the same man who tried to rape Alyssa in Season 1 and James subsequently killed. Bonnie becomes infatuated with the professor, even as he uses her for sex and strikes up similar relationships with other young women; so obsessed, she’s manipulated into killing one of his other paramours when Koch claims she took advantage of him. While in prison, Bonnie learns of her betrothed’s death, and sets her sights on her next victim: Alyssa.

Or is it victims? For the first episode-and-a-half, the audience is kept in the dark about what happened to James, but soon enough you discover he survived. That’s right. James wasn’t killed at the end of Season 1. “It was a fitting end,” James says via voiceover. “A doomed love story. A perfect tragedy. And then I didn’t die.” He survived the gunshot, recovered in the hospital, and then got probation after the judge ruled Dr. Koch’s murder an act of self-defense. 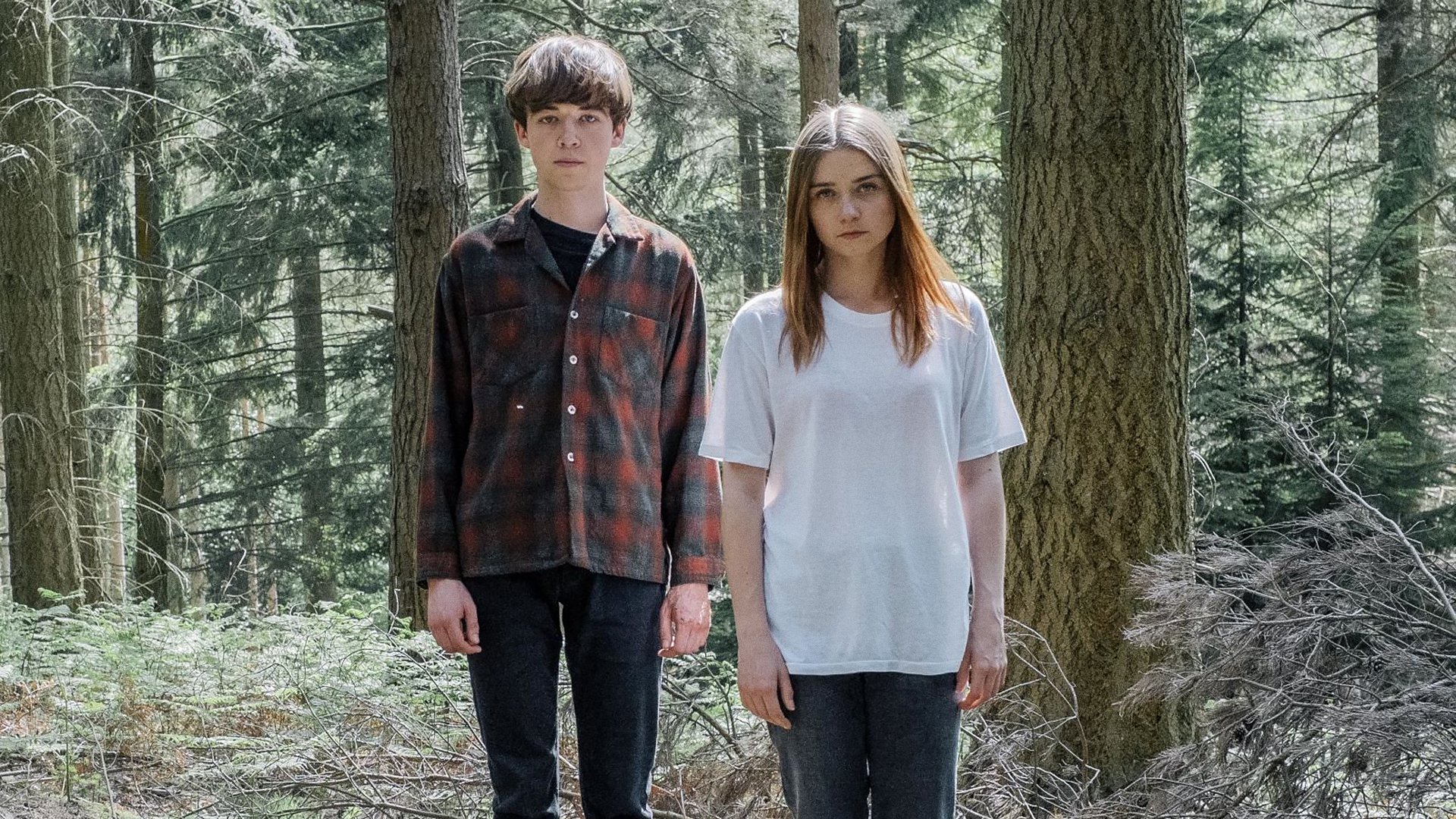 “The End of the Fucking World”

Speaking literally, this is what “The End of the Fucking World” fans who didn’t want to see a Season 2 were most worried about — rewriting a great, sad ending in order to tell a longer, less effective story. And what happens next is both less effective and seemingly designed to keep going into Season 3. It’s easy to watch. It’s well-acted, especially by Lawther. It’s even touching in small moments, when it’s not being manipulative. While Covell keeps the episodes at tight, less-than-30-minute clips and lets his characters mature into the wiser rebels they were primed to become at the end of Season 1, everything that happens in Season 2 feels primarily focused to keep telling a story that refuses to engage with its original self.

In the beginning, what James and Alyssa fight to escape is reality itself; theirs were so horrid that illegal road trips with psychopathic boys intent on killing you (or rude, demanding girls who wanted to use you for your car) seem like enticing alternatives, and what they found in each other was the same thing they found in themselves. The love saved them, even when it was too late to save them.

The same can’t be said after Season 2, and worse yet, there’s even less to be said besides bitching about the end of this “Fucking World.” Continuing Alyssa and James’ odyssey in friendlier pastures neutralizes the urgency and power of their original endeavor. Forcing more drama onto them after they’ve left only feels forced. It’s a lose-lose scenario, and while I’ll always contend there’s a good way to keep telling many stories, this isn’t it. Season 2 is an empty shell of an epilogue that still usurps what it should be propping up.

“The End of the Fucking World” Season 2 is streaming now on Netflix.

This Article is related to: Television and tagged Netflix, The End Of The Fucking World, TV Reviews