Follow along with tonight's telecast as IndieWire breaks down the highs and lows of TV's latest live musical event.

By Ben Travers and Steve Greene 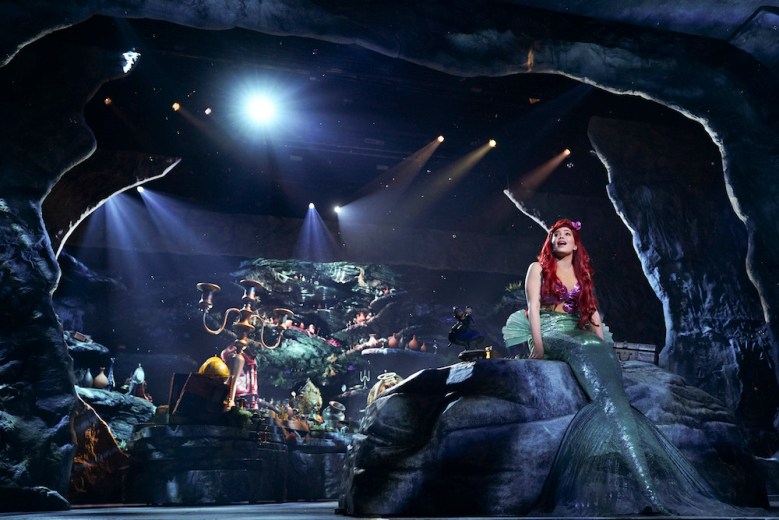 On November 17, 1989, Disney debuted “The Little Mermaid” to audiences across America, and 30 years later, it’s about to do it again. “The Little Mermaid Live!” is the latest live musical event to hit television, preceding the Mouse’s live-action film adaptation starring Halle Bailey (and slated to start production in 2020) and following in the footsteps of small screen hits like “Grease,” “Jesus Christ Superstar,” and last year’s “Rent” adaptation. But this is the first entry from ABC, the first attempt to reimagine a beloved Disney classic on TV, and everyone involved aims to make a pretty big splash.

First off, “The Little Mermaid Live!” isn’t reimagining the original film so much as it’s accompanying its melody. Ron Clements and John Musker’s classic movie will be “interwoven” into the live production — in other words, when there’s a song to be sung, it’ll be performed live by the cast and crew on hand, but at all other times, ABC will be airing the original film. Also, there will be songs from the Broadway production of “The Little Mermaid,” but none of the adaptation’s story changes will be featured in tonight’s live show. This is an ode to the original film, through and through.

Supporting that theme, Jodi Benson, the original voice of Ariel, will deliver a special introduction to the evening, and Amber Riley will serve as the night’s emcee (who’s also simply named Emcee) — a role added to help smooth over transitions between the film and live musical numbers. You’ll meet Riley when she takes the stage during “Daughters of Triton,” introducing each of Ariel’s singing sisters.

So who else is in the cast? Auli’i Cravalho is playing Ariel, adding another Disney princess to her resume after voicing the lead role in 2016’s “Moana.” Queen Latifah is set to play Ursula, while none other than Shaggy will voice Sebastian in this musical reinterpretation. John Stamos will return to the land of musicals after stealing the spotlight in ABC’s short-lived medieval comedy “Galavant.” Here, he’ll be playing Chef Louis, while Graham Phillips (“Riverdale”) will be co-starring as Prince Eric.

Done+Dusted will produce the live event, with decade-long live TV veteran Hamish Hamilton on board as director and executive producer. Katy Mullan, David Jammy, Raj Kapoor, and Ian Stewart will also executive produce, alongside the producer and director of the acclaimed Hollywood Bowl productions of “The Little Mermaid” and “Beauty and the Beast,” Richard Kraft.

How will it all turn out? That’s what we’re here to debate. Below, follow along with the IndieWire TV team throughout the airing for an assessment of the best and worst moments as they happen. Post your own thoughts in the comment section, and let us know if the ABC production does justice to the film its trying to honor. [Editor’s note: It should go without saying, but spoilers follow.]

What was live was good, what wasn’t became diminished by expectations and comparisons — that’s not an ideal blend, and I’ll take an ambitious failure over half-a-musical any day. (Plus, if they changed the dialogue scenes, they could’ve reworked the story so Ariel didn’t give up her life and family to marry some dude.) “The Little Mermaid Live” will likely be remembered for what wasn’t there more than what was, and that’s been the death toll for live musicals so far. (Remember “Rent”? No? That’s because it wasn’t exactly as-advertised either.) By the time Ariel and her Prince are ready to celebrate their wedding, all the electric energy generated by a live audience watching a live performance dissipated as the old movie’s ending played out uninterrupted. The grandeur is real, but it didn’t feel earned.

For more, check out the live blog below. “The Little Mermaid Live!” aired Tuesday, November 5 at 8 p.m. ET on ABC.

This Article is related to: Television and tagged ABC, The Little Mermaid Live, TV Reviews