When the episode aired in 1991, it was two years before Michael Jackson was first accused of sexually molesting a minor. 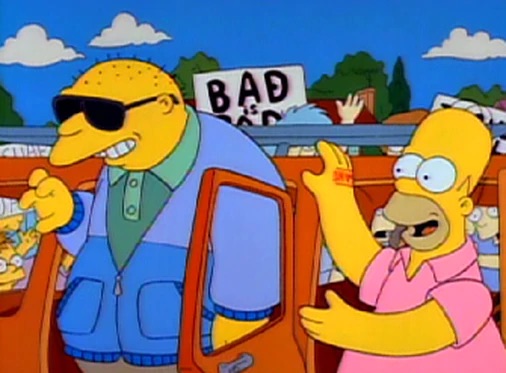 In its 30-plus season existence, “The Simpsons” has had hundred of celebrity cameos and guest stars, and with Disney+, fans can relive all of those era-specific animated appearances from the first 30 seasons. Well, all of those appearances except one, as the Season 3 premiere (“Stark Raving Dad”) featuring Michael Jackson is not actually available to stream on Disney+.

In the episode, Homer Simpson ends up in a mental institution and befriends Leon Kompowsky (voiced by Jackson), a man who claims to be Michael Jackson. While Jackson was never actually credited for the episode — due to contractual issues — the entire thing came to be in the first place because he was a fan of the show and called creator Matt Groening offering to do a guest spot.

However, unlike the aspect ratio issue with “The Simpsons” and Disney+, the choice not to include “Stark Raving Dad” in their otherwise complete 30-season selection this isn’t a matter of Disney+ taking things into its own hands. In March of this year, “Stark Raving Dad” was removed from circulation (Blu-ray DVD box sets, streaming, and syndication) in the wake of the Michael Jackson HBO documentary “Leaving Neverland,” which detailed accusations from two men who say they were attacked by Jackson as children. The only way to watch the episode now is either to have already had it on home video (or find a copy made before the de-circulation) or piracy.

When the episode aired in 1991, it was two years before Michael Jackson was first accused of sexually molesting a minor. When explaining why the episode wasn’t pulled until after “Leaving Neverland,” despite the previous accusations, longtime “Simpsons” executive producer James L. Brooks told The Wall Street Journal, “The documentary gave evidence of monstrous behavior.” Brooks acknowledged that he, Groening, and former showrunner (and episode co-writer) Al Jean made the decision post-documentary to remove the episode in order to show compassion for Jackson’s alleged victims.

“It feels clearly the only choice to make,” said Brooks, of the removal. He added, “I’m against book burning of any kind. But this is our book and we’re allowed to take out a chapter.”

This Article is related to: Television and tagged Disney Plus, Michael Jackson, The Simpsons