There's a lot going on, but very little of it lands. 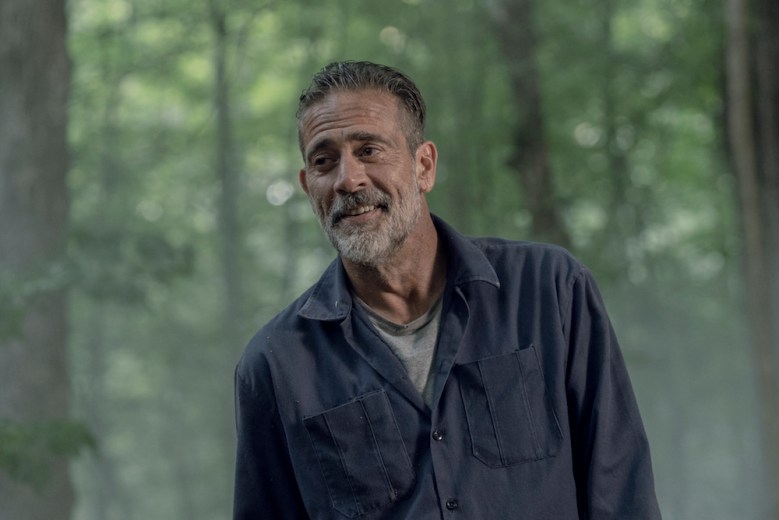 [Editor’s Note: The following review contains spoilers for “The Walking Dead” Season 10, Episode 5, “What It Always Is.”]

It’s tempting to praise “What It Always Is” simply because of how busy it gets. Most “Walking Dead” episodes move like molasses, but this week’s entry has no less than four significant plot threads going, which at least keeps the pace pulsing. Unfortunately, all but one of those threads have major problems, with its most significant entry — Negan (Jeffrey Dean Morgan) gets a new acolyte — being particularly dire. The upside: Episode 5 sets the stage for more compelling developments next week, but it’s a hard road getting there. The cracks in this season are just getting wider.

Last week I noted that “The Walking Dead” is always more interesting when it explores its heroes’ fallibility, as paranoia about the Whisperers leads to unrest in both Hilltop and Alexandria. Of course, it’s not paranoia if they’re really out to get you, and it’s revealed this week that Alpha (Samantha Morton) is behind absolutely everything: the waves of zombies, the tree falling, and even some stuff the communities aren’t aware of yet. So all the rabble rousers who’ve been yelling about how the Whisperers are behind everything and are a threat that must be dealt with are, uh, absolutely correct. I figured “Are the communities their own worst enemies?” would be waved away eventually, just not in the very next episode, making this the sort of turn that makes it very hard to give “TWD” the benefit of the doubt.

And let’s just get it out there: Alpha’s plan makes no sense. She says that she’s winnowing down the communities so that when they collapse, they’ll know who to turn to for safety. But the audience knows that Lydia (Cassady McClincy) is still alive in Alexandria, and if that fact is revealed to the other Whisperers, Alpha’s leadership will probably be forfeited. Her grip on them is already tenuous enough, what with her having to murder someone who questions her authority nearly every time she appears. (How are there even any Whisperers left at this point?) So why turn their aggression toward the communities into a recruitment drive, unless Alpha really does just want Lydia back, and her big, nest-smashing disavowal was just a show to keep Beta (Ryan Hurst) on her side. Or she really does just want to destroy everything, but sending the herd would mean the show would be over, so we get this. Samantha Morton is doing her best, but the Whisperer stuff is just not working.

Similarly disappointing is this week’s main story, where Negan finally encounters someone more irritating than himself. Turns out Brandon (Blaine Kern III), the kid who’s been guarding Negan during his outdoor time this season, is the son of some former Saviors and idolizes Negan. It’s a very promising storyline on paper: The current, mellower version of Negan has to face a living incarnation of his old beliefs? That’s extremely intriguing, especially considering how eager the show has been to sweep the Saviors under the rug. 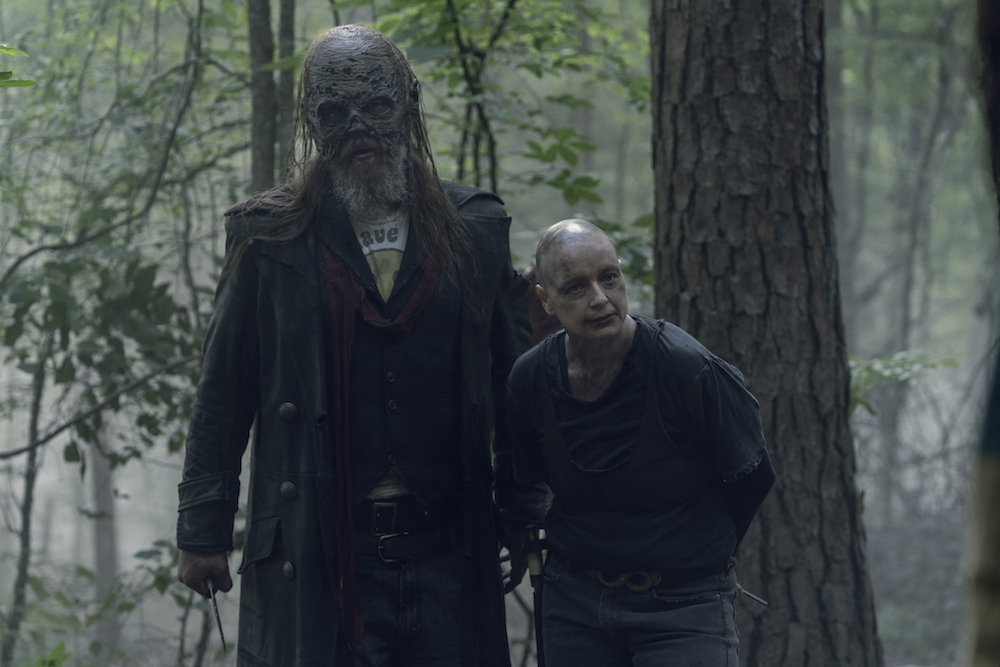 Ryan Hurst and Samantha Morton in “The Walking Dead”

Too bad, then, that Brandon’s just a bad fan; a fawning lunatic who got his Negan info second-hand and doesn’t have the first idea about Negan’s actual actions. Despite recovering Negan’s jacket and forging him a brand-new Lucille (Lucille 2!), Brandon immediately gets on Negan’s bad side, assuming that Negan killed Carl (Chandler Riggs) — aka the one character Negan actually liked. Once the two encounter a woman and a child in the wilderness, everything plays out predictably: Negan bonds with the kid, Brandon kills him and the mother, out of some twisted belief that it’s what Negan wants, and Negan then kills Brandon in retaliation. It plays as Negan killing a menace and irritant and not as any sort of referendum on Negan’s past. If this whole storyline is just some in-joke mockery of Negan’s fans IRL, mission accomplished, but even so, what a missed opportunity. If there’s a bright spot to any of this, it’s that Negan then puts on his old costume and wanders into Whisperer territory looking for a fight. Now that has some possibilities, but hopes aren’t high after Brandon’s squandered, one-joke premise.

The other big miss this episode involves Magna (Nadia Hilker) and Kelly (Angel Theory) secretly stealing a bunch of supplies, a plot that’s only foiled when Kelly nearly gets herself killed by going hunting by herself, despite her deteriorating hearing. Sure, we get some cute Daryl (Norman Reedus) and Connie (Lauren Ridloff) time out of this, but this attempt to give the newbies something to do is going awry, with Magna in particular coming off as just an unlikeable jerk. It’s unclear why she’s acting out now, when her monologue to Yumiko (Eleanor Matsuura) makes clear that she’s resented Yumiko for 13 years (despite the two being lovers). Magna’s revelation that she’s actually guilty of the crime for which Yumiko served as her defense lawyer and their subsequent break-up seems like it’s supposed to be a big deal, but we barely know these characters, and the result is a shrug. When Daryl points out to Magna, “All you’re good for is talking shit,” what basis does the audience have to disagree?

Finally, there’s Ezekiel (Khary Payton), who reveals to Siddiq (Avi Nash) that he’s got thyroid cancer, as evidenced by a golf ball-sized tumor in his neck. It’s a surprise, and a devastating one, though it goes a long way to explaining Ezekiel’s mental state this season. His sad resignation as he tells Siddiq that both his grandmather and father survived the same cancer that’s sure to kill him is something to behold. Siddiq, to his credit, opens up about his own problems and tells Ezekiel that while they can’t fix things, they can at least talk about it. Even after that, Ezekiel can’t admit the truth to Carol, shutting off the radio as he hears her footsteps approaching. The former King’s future certainly looks dire and losing Ezekiel would be a real blow to the show. In this episode, as usual, Khary Payton finds the humanity the show so regularly lacks.