The veteran actor spoke to IndieWire about how to deliver a great performance without anyone seeing your face. 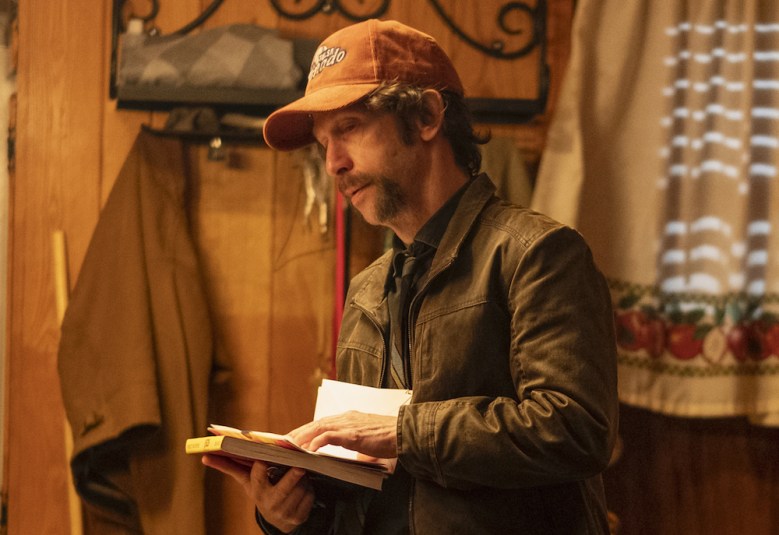 Some actors who land a role in a big-budget, hotly anticipated HBO series may be a bit deflated to learn, for much of their performance, their face will be hidden behind a mask. But not Tim Blake Nelson.

Now, what he wears in “Watchmen” isn’t a thin, black domino mask that only hides his eyes, or even a Batman-like cowl that leaves his mouth uncovered to better convey distinct expressions. Looking Glass, Nelson’s Oklahoman cop character, wears a mask that covers his entire head, and not only that, but it also reflects the images around him, be it flashing photos in an interrogation room or his scene partner’s face — almost like he’s not even there.

So how does an actor build an engaging, evocative, and highly emotional performance, like the one seen in “Watchmen” Episode 5, without his most impactful tool — his face?

“In drama school, we took mask class,” Nelson said in an interview with IndieWire, remembering his days at Juilliard. “I always loved that because it encouraged you to express yourself in other ways — through the voice and body. It’s an intriguing and, I think, almost salutary challenge for an actor. When you’re limited in that way, it makes you better.”

Through four episodes, that’s all it appeared to be, but viewers got a peek behind the mask in “Little Fear of Lightning.” [Editor’s Note: The following portion of the interview contains spoilers for “Watchmen” Episode 5.] The fifth episode — which emerged opens with a flashback to Wade Tillman’s pre-Looking Glass days, when he was just a teenager from Oklahoma on an ill-timed mission trip to New Jersey. Tempted by a beautiful woman into stripping naked inside a funhouse hall of mirrors, the glass maze ends up saving Wade’s life from a psychic blast that kills millions — a freak event he’s lived in fear of ever since.

Fittingly enough, much of Wade’s backstory seen in Episode 5 came after the writers watched Nelson’s performance.

“Damon [Lindelof] and I both were learning about Looking Glass as we went along,” Nelson said. “He would watch an episode and be inspired by whatever, a choice I made, and then I’d get to be inspired by the brilliance of Damon Lindelof and his writing staff. They would take little moments and then extrapolate from them an entire narrative for the season.” 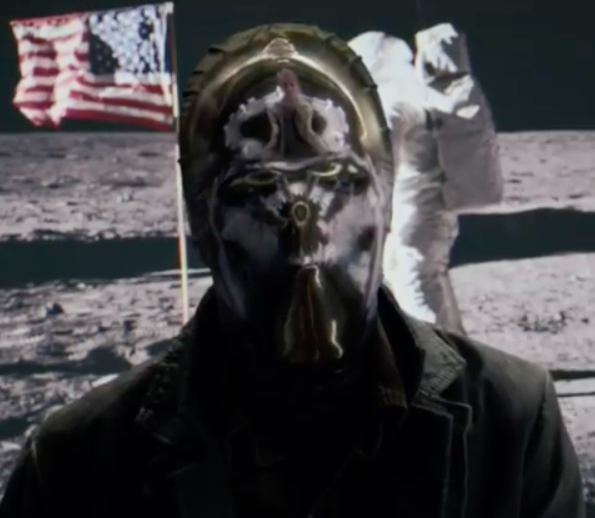 Wade’s mask protects him from another, similar attack, and no one questions why he wears it because all police officers are required to conceal their identities; no one, that is, until Laurie Blake (Jean Smart) reads his file and pegs him in Episode 5. From there, viewers learned that Wade keeps the mask on at all times — even when he’s safe at home cooking dinner or going to bed — and when he can’t wear his mask, Wade dons a baseball cap lined with the same protective material.

Nelson picked up on that secrecy and desire for privacy from the start.

“It’s perhaps the most opaque mask anyone wears; not only can you not see through it, but it reflects your own image back at you,” he said. “To me, that suggested somebody who would withhold as much information about himself as possible [and] led me to think of him as a terse, laconic, quiet, uninflected, withheld character.”

In other words, it was a dream role for Nelson. Whether he’s playing a country bumpkin for laughs (like in “Unbreakable Kimmy Schmidt“) or thrills (like “Minority Report”), the stage and screen actor said he’s usually cast as “for lack of a better way of putting it, ‘stupidly outlandish eccentrics'” who are “usually loudly low-status, so they end up speaking a great deal […] in a compensatory way because they have such little power.”

“Watchmen” offers the opposite, especially when Wade gets to interrogate suspects in “the pod.” Also called “the racist detector,” the enclosed, silver, oval-shaped room feels like it was built to utilize Looking Glass’ mask. Anyone talking to Wade only sees the images he wants them to see — not him, not anyone, really. Just flashes of triggering photographs.

“When he goes into the pod, he has incredibly high status,” Nelson said. “He controls the environment in every respect. He withholds all information about himself. His status doesn’t need to be loud. It’s a very quiet status, and again, that really interested me.”

Both a weapon and a crutch, the duality of the Looking Glass mask matches the series’ themes.

“‘Watchmen’ is a show that explores extremes, and in this case, the extremes of ideological vengeance,” Nelson said. “Though it’s a show examining an alternate universe, ultimately it’s raison d’être is to examine our world right now. […] Like with the character of Looking Glass, it’s going to reflect back on those who watch it.”