Filmmaker Toolkit Ep 104: Mendes and Deakins explain why choosing to shoot on a large format camera was their most important decision. 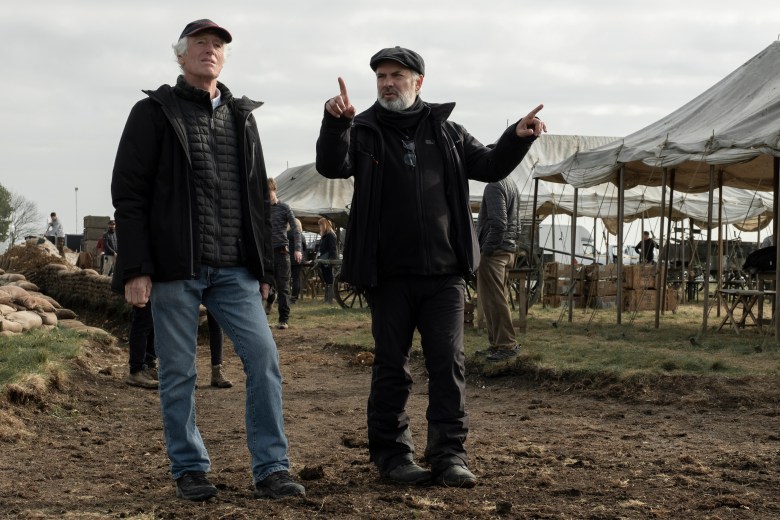 Right on the first page of the script for “1917,” director Sam Mendes announced his cinematic intentions: “The following script takes place in real time, and – with the exception of one moment – is written and designed to be shot in one single continuous take.”

It’s a cool-sounding concept, but the difference between it being a gimmick versus an effective storytelling device required tremendous planning, a huge part of which rested on Mendes long-standing collaboration with cinematographer Roger Deakins. Deakins and Mendes were recently on IndieWire’s Filmmaker Toolkit podcast to discuss how they pulled it off.

“The big conversation with Roger really was about how the camera moved and when, and what determined its movement,” said Mendes. “Somehow we wanted the relationship between [the characters], the land and the camera to be this constantly evolving and flowing shape. And at the same time, we didn’t want the audience to think about what the camera was doing.”

The key was to not allow the audience “to feel” the camera being operated, a danger when there are no cuts. Deakins and Mendes would storyboard sequences five to six times. Each version became less crude, the transitions simplified and smoother.

“I don’t think the storyboards were really where we settled, that was a way of us thinking, ‘What is the style of the film?,’” said Deakins. “But then we did a lot of rehearsals with the actors so we could get a sense of the distances we needed, so Sam got a sense of the timing of the dialogue with the distance of the trench.”

From these extensive rehearsals detailed bird’s eye view schematics of the various locations were created showing the camera positions. The battlefield sets could then be built around where the camera was positioned, what it was seeing and how it was moving. Deakins, who would shoot rehearsals using a small camera, would take frame grabs and add them to the schematics so the various camera operators, which would change depending on the device being used, could see how the framing was suppose to change. 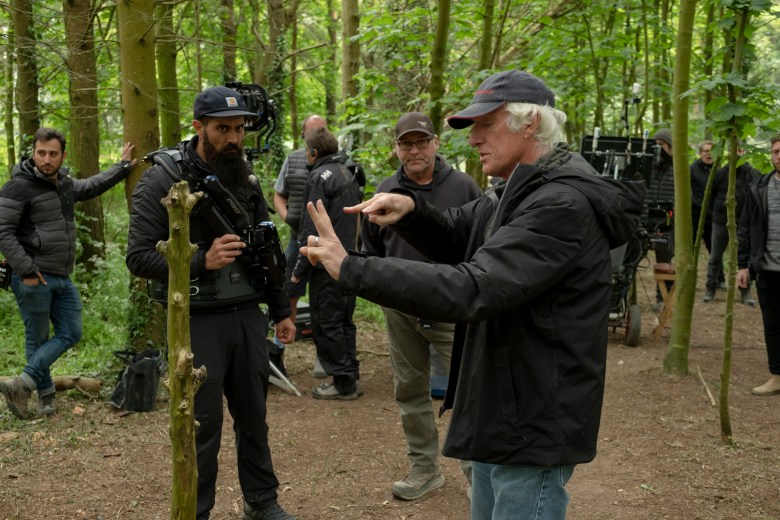 Cinematographer Roger Deakins on the set of “1917”

“It was unlike anything I’ve ever done,” said Mendes. “We had two scripts in a way. We had the conventional script that you would look at and go, ‘Yeah, that’s a movie script.’ And then we had another script which was about 40 maps with every location drawn and the journey, the distances that each of the actors took, and crucially the position of the camera. And they were handed to the crew before we started shooting.”

One of the other keys in determining the camera language of “1917” was to settle on the relationship between the lens and character, specifically as it related to proximity, angle of view, and depth of field. Mendes knew his film would need to fall somewhere between to recent films that were attempting, to some degree, something similar to “1917.”

“A movie which was pure subjectivity like ‘Son of Saul’ for example, which I thought was unbelievable, but was shot on very long lenses,” said Mendes. “Everyone, other than where you were looking, was out of focus. The depth of field was very, very shallow. And then on the other end of the spectrum is a sort of ‘Revenant’ type movie where your very, very wide lenses and close ups are on the whole distorted and you have to accept that.”

Mendes didn’t want to accept this level of wide-lens distortion. He did though want a level of intimacy, but at the same time so much of the film was about the relationship between the two main characters and the landscape they were traversing.

The solution came in the form of ARRI’s new LF series camera, which was used for the first time ever on “1917.” The new camera combined two important characteristics: A larger format sensor with the smaller camera body that could fit on the various rigs Deakins’ team would use to move the camera up, down and around the trenches.

“If we’re honest with ourselves, it was probably one of the most important decisions we made,” said Mendes about the choice of camera, which he said he was led to by Deakins.

For Deakins and Mendes, the look of the film they were aiming for came down to a couple portrait photographs of soldiers from WWI they had found doing research. Using almost exclusively a 40mm lens the LF camera, Deakins was able to closely approximate similar characteristics. 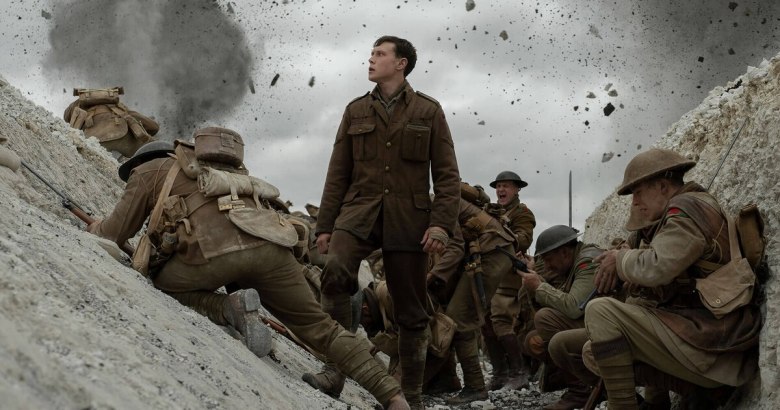 “You get what I think is the best reflection of the photographs I’ve seen from the first World War,” said Deakins. “That shallower depth of field, and it’s not the 18mm wide angle that you see everything. It’s slightly claustrophobic and it’s more personal. You shoot a close up… I don’t know, you just relate to it more.”

This Article is related to: Awards and tagged 1917, Filmmaker Toolkit Podcast, Podcasts, Roger Deakins, Top of the Line