Andrew Birkin was an assistant to Kubrick on the production of "2001," and now his archive of behind-the-scenes photos is up for sale. 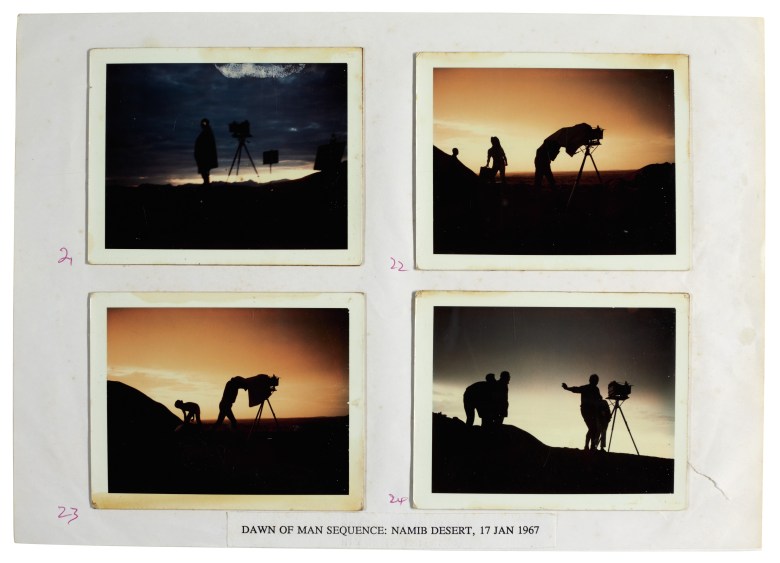 A private archive related to the production of Stanley Kubrick’s magnum opus “2001: A Space Odyssey” is up for auction (via Sotheby’s) and includes a handful of never-before-seen photographs from the making of the landmark science-fiction movie. The collection comes from Andrew Birkin, brother of actress/singer Jane Birkin and a director who earned Oscar and BAFTA nominations for his live-action short film “Sredni Vashtar.”

Birkin started as a runner on “2001: A Space Odyssey” and became an assistant to Kubrick. Since Kubrick was famously afraid of traveling by airplane, Birkin was one of several people tasked by the filmmaker to scout locations for the movie around the world. Birkin set out to the Namib Desert with a camera to take photographs of the location so Kubrick could evaluate. The Namib region would be used to film the legendary “Dawn of Man” opening from “2001.” Berkin also scouted locations near the Ben Nevis mountains in the British Isles, where Kubrick would film parts of the “Stargate” sequence.

During the movie’s production, Kubrick promoted Birkin to First Assistant on Special Effects. Birkin was tasked in this new role of working on the “Jupiter and Beyond the Infinite” sequence. According to Sotheby’s notes on the collection, “Birkin suggested a shoot of the Scottish highlands using a helicopter. Kubrick loved the idea and several minutes of Birkin’s 65mm footage appears as an alien landscape in the final cut of the film.”

Included in the archives are over 75 unseen polaroid photographs showing the making of “2001.” Elsewhere in the collection are notes relating to the production of scenes such as the “Dawn of Man” sequence, detailed teletex correspondences with Kubrick during the film’s production, and polaroids recording the construction of the film’s model spaceships. Papers relating to Birkin’s location scouting such as telegrams, expenses, and costings are also featured.

“2001: A Space Odyssey” celebrated its historic 50th anniversary last year. Sotheby’s estimates Birkin’s archive will auction for as much as $65,000. A bid of approximately $35,000 has already been placed. The full collection an be viewed on Sotheby’s official website. Check out samples of some of Birkin’s photographs in the images below, provided by Sotheby’s. 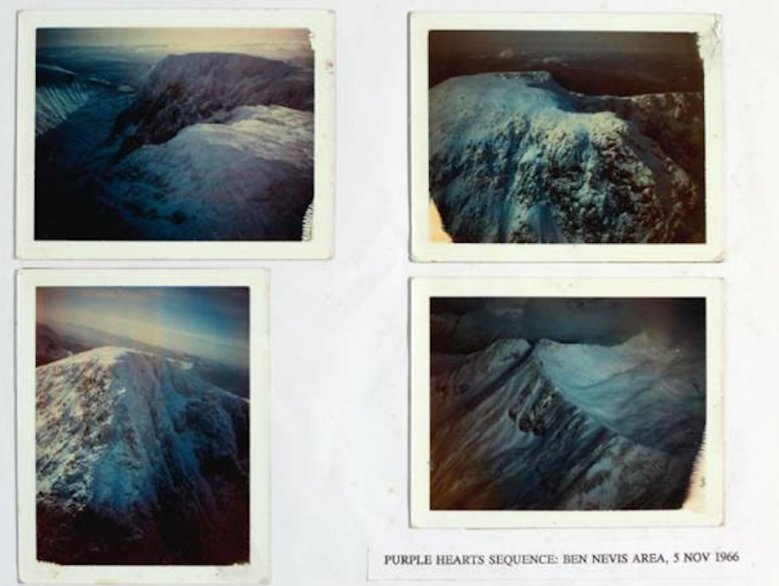 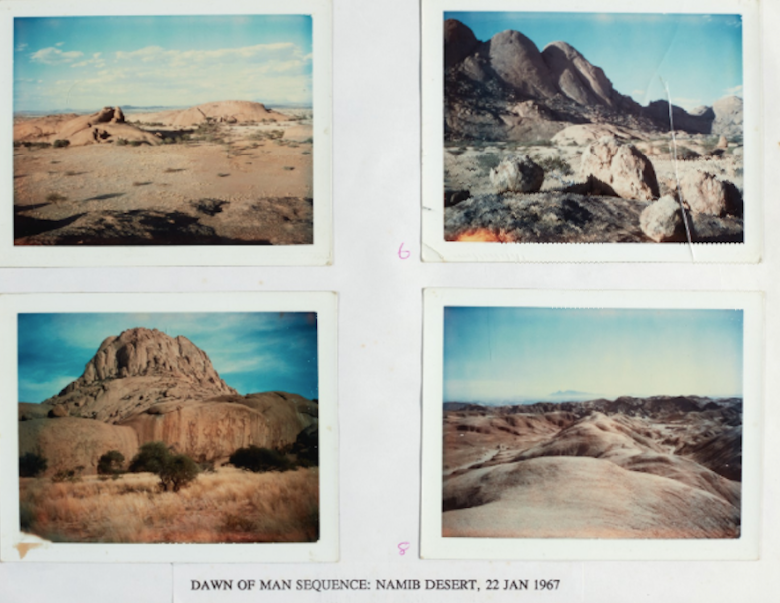 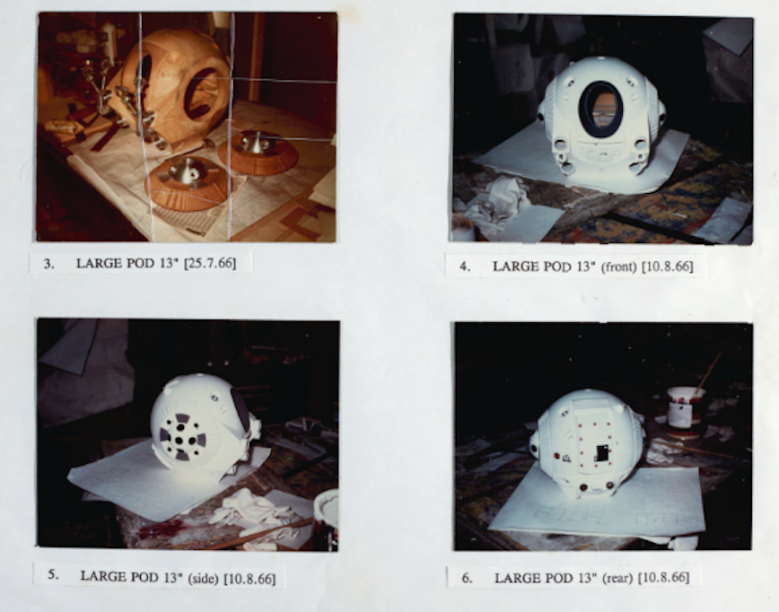 This Article is related to: Film and tagged 2001: A Space Odyssey, Stanley Kubrick