Watch an exclusive clip from "The Farewell" that showcases Awkwafina's moving turn as a young woman in crisis. 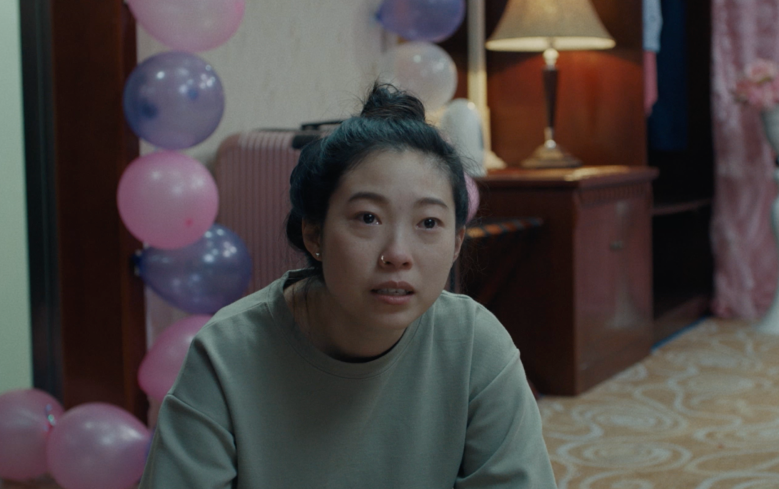 Awkwafina in “The Farewell”

Awkwafina is poised to become the first Asian-American woman ever nominated for a Best Actress Academy Award if the season plays out in her favor. The last time an Asian woman was nominated in this category was 1935, with Merle Oberon — who was born in what was then British India — for “The Dark Angel.” Awkwafina’s shattering performance in “The Farewell” presents a riff on director Lulu Wang’s own story as the daughter of a family laboring to keep their grandmother’s terminal cancer diagnosis a secret. IndieWire presents a moving, exclusive clip from the film below.

In regard to her minority status in Hollywood, Awkwafina told IndieWire over the summer, back when A24 released “The Farewell” to strong box office return for an indie, “I think that if I am cast in a production, already that means that production is kind of forward-thinking…Hiring me is always a risk, a little bit.” As for the pivot from comedy to drama that “The Farewell” demanded, she said, “I’m fairly new to this game, so there were a lot of things that I see now as shallow insecurities. When you’re there and you’re dealing with the subject at hand and what’s going on, it really comes down to a combination of empathy and working with personal experiences. But I was definitely unsure of myself. People know me in a very specific way, and imagine if this was like, yikes. It would be horrible.”

As for the stirring response that “The Farewell” received from audiences, she said, “People have to understand that what ‘Crazy Rich Asians’ showed is that there is an audience where you wouldn’t expect there to be. When you give something that you think doesn’t sell because it doesn’t exist or whatever, when you finally give it to an audience, a hungry audience, they will show up.”

IndieWire recently interviewed Awkwafina’s “Farewell” co-star Zhao Shuzhen, who talked about the efforts to conceal the very real secret that inspired the movie from Lulu Wang’s real-life grandmother. “That’s a long thing that I am still dealing with, with my family, and whether or not we will keep the secret is up in the air, because we want to show her the movie,” Lulu Wang added.

Next up, Awkwafina will lead the series “Awkwafina Is Nora From Queens” for Comedy Central, inspired by her own experiences growing up Asian-American in Flushing. Her real name is Nora.

This Article is related to: Awards and tagged A24, Awkwafina, The Farewell