Exclusive: Kantemir Balagov's intoxicating slow burn is steeped in rust and green, and a twisted bond. IndieWire has the first trailer. 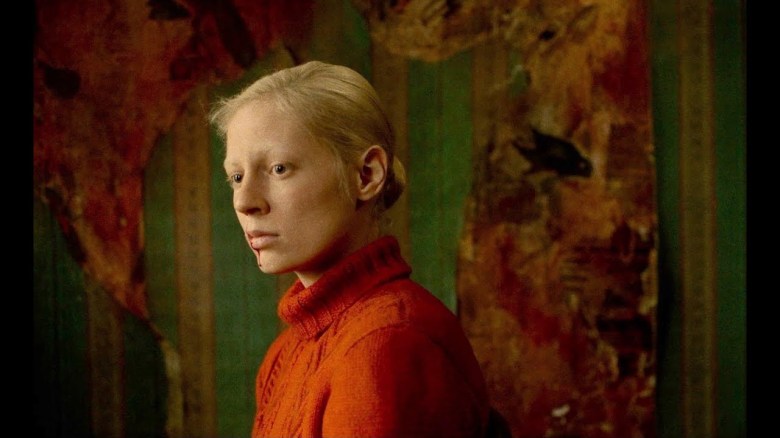 28-year-old Kantemir Balagov’s second film “Beanpole” has sickness in its marrow. Russia’s entry for the 2019 Best International Feature Film Academy Award centers on the sometimes toxic symbiosis shared by two women in post-WWII Leningrad, damaged by their experiences on the battle-lines and eking out what remains of an existence working in a veterans hospital — a rust-colored hovel amid the ruins of the city. IndieWire has the exclusive first trailer below, courtesy of distributor Kino Lorber.

This slow-motion twist of the gut features impressive first-time performances from two actors Balagov plucked out of obscurity in Russia from a country-wide casting call. Viktoria Miroshnichenko plays the long-limbed, ghostlike, sickly Iya, a.k.a. Beanpole, who’s rattled by a PTSD condition that causes sudden spells of shortness of breath, played with an undercurrent of creepiness by Evgueni Galperine’s shivery string score. Vasilisa Perelygina plays Masha, prone to her own flights of mania, and the two women are locked in a folie a deux that careens from tenderness to freaky, vampiric obsession.

Director Balagov conjured the eerie chemistry between the two leads by jamming them together in close quarters during production. “We moved them to St. Petersburg, and they lived in the same apartment, to make them feel close to each other,” Balagov told IndieWire. “If for some reason, they would start to annoy each other, it would be an additional cherry on top for their relationship on set.”

Miroshnichenko and Vasilisa Perelygina were roommates for four months while the film shot in Russia and Balagov said it created a “hidden conflict… They were afraid because it’s their first film, and they were afraid that they weren’t able to manage, and this is a major source of bad vibes,” which he said manifested in the creepy dynamic between the characters.

“Beanpole” has a tactile immediacy that feels almost invasive, and too close for comfort for the audience. Which is exactly the point. Balagov, with his cinematographer Kseniya Sereda, holds his camera close to the actors’ faces. You can feel their every breath and swallow and gasp. “I want the audience to feel close to the characters, and that’s why I like to hear the characters swallow, how they make sounds from their bodies, because these kind of sounds give a perception of you being right in front of them.”

In taking the rare look at the breakdown of women’s bodies and minds amid the passage of war, “Beanpole,” according to director Balagov, is about “What happens to women when they went to war and were surrounded by death and return to a ‘peaceful life,’ and how they manage that.”