Sophia Takal's glossy remake of the classic wears its feminism loudly, hacking into toxic masculinity with the subtlety of a bullhorn. If the original 1974 “Black Christmas” had to obscure its feminism with subversion, subtlety, and a flirtatious Margot Kidder, the latest remake of the classic slasher film wears it proudly on its crop-top sleeve. When #MeToo launched an international conversation around rape and sexual assault in 2016, survivors breathed a collective sigh of relief that people finally believed them. Women knew about the domination of toxic male behavior for years; it didn’t take a genius to see that the calls were coming from inside the house.

In her gutsy and glossy remake, director Sophia Takal builds a timely horror out of the gaslighting and disbelief many survivors know all too well. Using the hyper-gendered spaces of college Greek life as a fertile palette, Takal and her co-writer April Wolfe skewer toxic masculinity, the white male literary canon, rape culture, patriarchy, and white male rage — all wrapped up with a bow in the stylishly entertaining package of a studio-backed holiday horror.

Imogen Poots leads the pack as Riley, a reserved sorority sister staying on campus for the holidays with her best friends. Filling out her motley crew are the few-screws-loose Jesse (Brittany O’Grady), smarter-than-she-lets-on Marty (Lily Donoghue), and spirited activist Kris (Aleyse Shannon). Right off the bat, we learn that Riley was raped in her freshman year by a frat bro who got away scot-free because nobody believed her. (Except for her beloved sorority sisters, natch.)

When the foursome perform at the school’s annual Greek life talent show (in sexy Santa outfits, no less), they take the opportunity to skewer frat bro rape culture. The off-kilter jingle “Up in the Frat House” includes lines such as, “Ho, ho, ho, I didn’t know,” and “What you did was called assault.”

A viral video of the awkward performance catches the attention of creepy Professor Gelson (Cary Elwes), who uses Camille Paglia to mansplain to Riley that there are no inherent differences between male and female writers. In the same lecture, he laments that there is a petition going around to get him fired (started by Kris), simply for teaching the “classics.” Scenes like this feel a little too on the nose, performing its finger-on-the-pulse-themes as blatantly as a smug male lecturer might.

After one of their sisters goes missing, Riley begins receiving harrowing DMs from an account using the name of Calvin Hawthorne, founder of the University. Kris recently lobbied for a bust of the slave-owning dead guy to be removed from an academic building, though it was simply relocated to the inner sanctum of the Founders Fraternity, where Riley’s rapist was president. To say any more would be a spoiler, but if it all sounds a little funky, know that it gets much wilder from there. 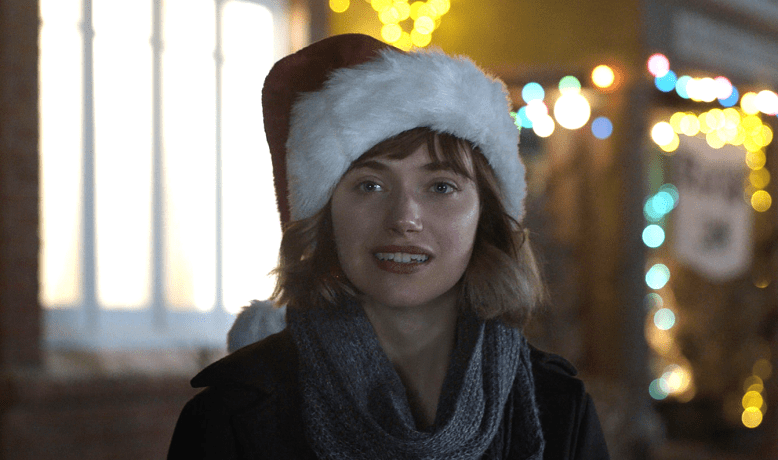 Takal paces the build-up smoothly throughout the first act, delivering on the thrills by the second. An accomplished genre director, she understands the power of a suggestive framing technique. As in the original, the creaking floors of the sorority house become an effective tension-building tool, and one can almost feel the draft permeating the roomy mansion from the way her camera lingers just outside the open doors of the girls’ too-big rooms.

An up-and-coming genre director, Takal’s 2016 psychological thriller “Always Shine” held a menacing and absorbing mirror up to fame and Hollywood — and the price women must pay for it. Released in the fall of 2016 to rave reviews, it was a prescient take on themes that would soon become ubiquitous. Perhaps it’s the timing of “Black Christmas” that makes it feel lacking in the nuance department; two years ago, a rape-revenge murder fantasy may have felt revelatory, but today it feels a little too obvious. Still, she managed to preserve her artistic integrity within the confines of a studio film, no doubt aided by the freedom afforded by auteur horror production company Blumhouse.

Poots makes the most of her tricky victim role, milking comedy from Riley’s near-death fatigue. One chortle of relief arrives when she passes her would-be crush without so much as a nod, limping casually past after having narrowly escaping a bow-and-arrow wielding cloaked menace. It’s too bad she didn’t have more opportunities to get some laughs.

Though entertaining and slickly made, some things can never compare to the original. The original “Black Christmas” remains unmatched, probably because the constraints of the era required subtlety and the skill to write around certain themes rather than blast them from a bullhorn. But, when your ideas are as potent and necessary as the liberation of women, maybe subtlety doesn’t get the job done.

Universal Pictures will release “Black Christmas” in theaters on December 13.