The actress has long been the standout in dramas like "Short Term 12," but Olivia Wilde's winning comedy let her flex her comedic muscles. It scared the hell out of her. 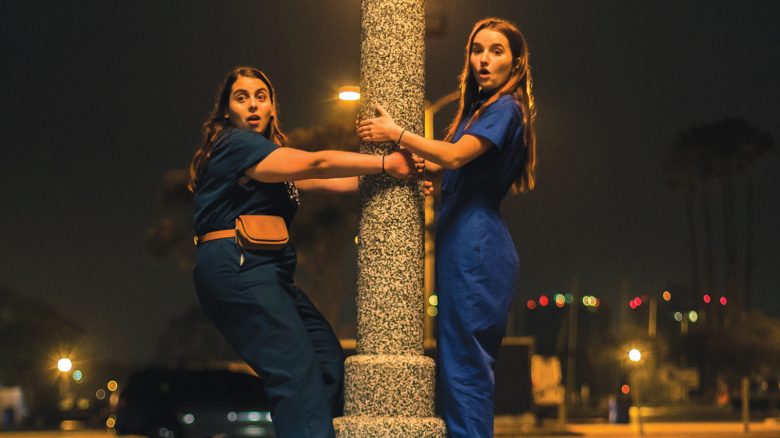 If “Booksmart” had been made a decade ago, when the first draft of the very funny teen comedy appeared on the Black List of most liked unproduced screenplays, it couldn’t have possibly starred Kaitlyn Dever. At the time, the young actress was just 12 and in the very early stages of her career. Sometimes, though, good things are worth the wait. That’s certainly true for Dever. In addition to director Olivia Wilde’s successful transition into filmmaking with her feature debut, “Booksmart” owes much to its pitch-perfect leading ladies, Beanie Feldstein and Dever. And while Feldstein had already generated plenty of attention a year earlier for her breakout role in “Lady Bird,” for Dever, the new movie cast a whole new light on her talents.

Which is not to say that the 22-year-old is a newcomer. Known to some arthouse audiences for her turns in films like Destin Daniel Cretton’s star factory “Short Term 12” and James Ponsoldt’s “The Spectacular Now,” as well as her work on the popular sitcom “Last Man Standing,” Dever has spent the past 10 years developing her resume. Along the way, she’s held her own in plenty of supporting roles alongside big names like Hugh Jackman, Keira Knightley, and Timothee Chalamet.

“Booksmart” not only gave her top billing — it provided her with the opportunity to shift from drama to comedy for the first time. It also meant that she could showcase her range over the course of a single year: Her next role was at the center of the fact-based Netflix drama “Unbelievable,” and it recently scored Dever her first Golden Globe nomination.

In a recent interview with IndieWire, Dever acknowledged that her early gigs didn’t make her an obvious candidate for the “Booksmart” role. “No one wanted to give me this kind of opportunity, and by that I mean a leading role in a really big comedy type film,” she said. “It’s actually one of those scripts that you think, ‘This is the kind of thing that I’m going to have audition five times for and really, really fight for it to get these people to want me for this role.'”

While Dever’s early flirtation with the material didn’t pan out at the time — that iteration was inspired by Fogel’s idea to turn the character of Amy, the role Dever would eventually play, into a lesbian — it did capture Dever’s heart. She spent five years thinking about “Booksmart,” the character of Amy, and her best friend Molly (Feldstein). But the project didn’t really seem like a reality to Dever until Wilde came onboard. “Olivia really let me come in with what I had prepared as an actor alone, and I sort of created something from there,” Dever said. “It was never dictating, ‘Okay, this is what I want you to do, and this is what you should do.'” 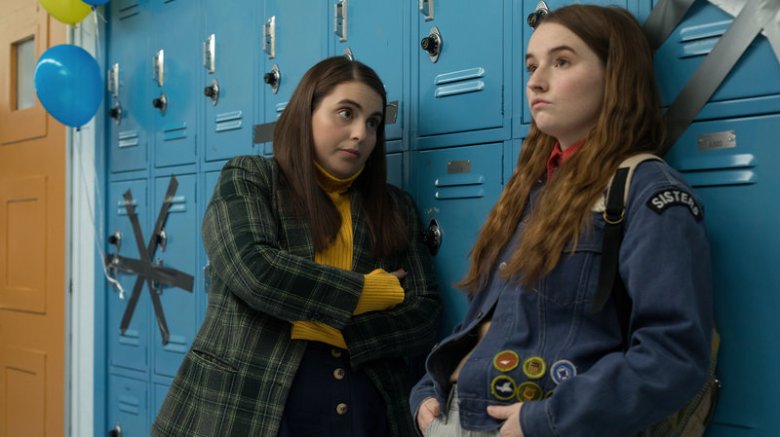 The elements she loved about the first script she read were still there — especially the emphasis on Amy and Molly as unapologetic overachievers who relish their shared intelligence. “Amy reminds me of so many of my friends,” Dever said. “These two girls are not your stereotypical ‘nerds.’ Amy’s a smart girl, and she’s not afraid to show people that. She’s not insecure about it. She is very, very dedicated and passionate and driven. It’s really refreshing to see smart girls that aren’t put in the film to be ‘the nerd.'”

But it’s also the differences between the duo — Amy is more giving and a touch more reserved, while Molly is boisterous and a little harder to please — that offered Dever something new to tear into alongside Feldstein. And then there’s the humor. “Amy learns to have her courage because her friend pushes her to really go for what she wants,” she said. “When we start to think about landing a joke or trying to be goofy or funny, it’s not funny. The funny thing about Amy is her intelligence. It’s her and Molly’s banter back and forth, that’s what’s hilarious.”

Wilde didn’t let her actors bring their scripts to set, and while Dever said she’s long been a memorization junkie, the decree was initially still jarring. “It scared me so much,” Dever said. “But sometimes I like to be scared, because that means it’s a challenge. ‘Booksmart’ was definitely a challenge, because I found myself really stepping out of my comfort zone in a big way.”

Dever and Feldstein sparked to each other so fast that they moved in together during the summer 2018 shoot, and the chemistry they share onscreen reflected their experiences on the set. “Beanie and I share the same kind of work ethic,” Dever said. “We kind of went about it like Molly and Amy would. We went over our lines like it was our homework, and we were very, very serious about it.”

Earlier iterations of the script hinged on Amy and Molly finding male dates for their upcoming prom, but Dever had only known versions in which Amy is an out lesbian. In Wilde’s film, she’s not looking for a prom date — the film’s big central event is actually an evening of house parties the night before graduation — but she is crushing on a fellow student, the fun-loving skater chick Ryan (Victoria Ruesga). When we meet Amy, her sexuality isn’t a question mark, and it’s hardly the only thing that defines her.

“I think that it was such a beautiful element to her story and her character,” Dever said. “Yes, a coming out story is really important and important for a lot of people. It was Olivia’s idea to think like, what if we don’t need to see that? What if we just see Amy for who she is? I always thought about what her character bio would say, it wouldn’t even mention her sexuality in the first sentence. It would mention all of her other amazing characteristics. She’s so kind and compassionate and giving and supportive. She’s a girl who loves her best friend, and that is the story.” 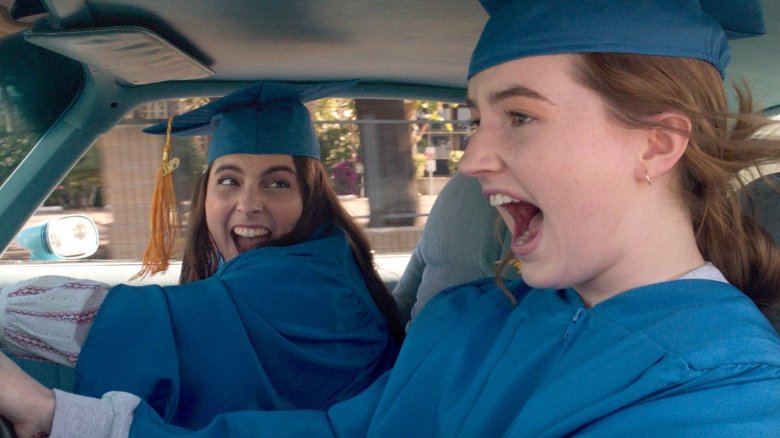 But the movie does include a sex scene, albeit an awkward one that culminates in a cringe-worthy punchline. “Shooting that scene was really easy-going, fun, relaxed, and inclusive,” Dever said. “We always felt like we were communicating and making sure that we were able to say stop when we wanted to stop. It’s a scene that you see all of the flaws. You see all of the awkward moments. Normally, you make all of these cuts, and that makes the scene more sexy than it would be in real life. Pants are really hard to take off! And once you take off the pants, oh, you forget about the shoes, then you have to unlace your Converse.”

In late October, the “Booksmart” team was shocked to learn that Delta Airlines had cut a number of scenes from the final film, including Dever and co-star Diana Silvers’ love scene. After outcry from Wilde, Dever, Feldstein, and Annapurna brass, the cut scenes were reportedly added back in.

And while “Booksmart” underperformed at the box office earlier this year, Dever cited anecdotal evidence that it was finding a long-term shelf life. “The amount of people that have come up to me about how appreciative they are of a character like Amy in a film like this that’s being seen by so many people, it means so much to them,” she said. “It’s amazing to be able to make a movie that people feel seen by and that they’re heard by, but they also can have a really fun time watching it, and that it’s a sleepover movie and people are going to be watching it in their PJs with snacks. Like, what? That blows my mind, it makes me so happy.”

“Booksmart” is currently available on Digital, 4K, Blu-ray, and DVD.

This Article is related to: Awards and tagged Booksmart, Consider This, Direct, Interviews, Kaitlyn Dever