"60 Minutes" with Joe Keene, a sitcom featuring a clone of George Washington, Peteypedia, and more things that did — or would have — built out the "Watchmen" universe. 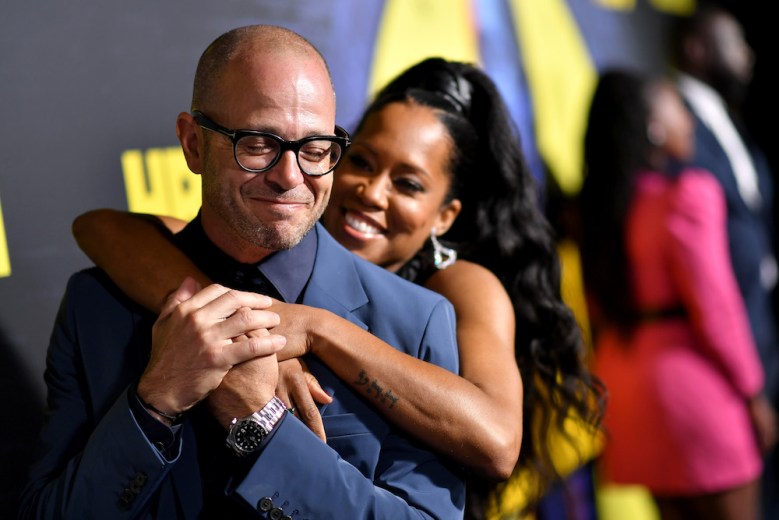 Damon Lindelof and Regina King at the “Watchmen” premiere

We live in an age of adaptations and endings, two unique narrative challenges which too often lead to disappointment, particularly for the most ardent and dedicated of fans. So it was no wonder that “Watchmen” showrunner Damon Lindelof — co-creator of “Lost,” which features one of the most controversial series finales of all time — was a little nervous about how audiences would receive the final episode of the HBO series, adapted from the iconic comic book series by Alan Moore.

Those fears were ultimately for naught, as the episode was roundly acclaimed as a fitting end to a sterling season of television, but given his relationship with finales you can hardly blame him. Because Lindelof and his team stuck the landing, it’s worth looking at their methodology in adapting Moore’s series to learn more about what works when you’re crafting a story that needs to serve two masters — the source material and its own narrative.

Lindelof sat down with the hosts of IndieWire’s TV podcast “Millions of Screens” and spoke extensively about distilling “OT ‘Watchmen'” — Old Testament or Original Text — into its component parts and ensuring that the new series clung to the spirit of its inspiration, if not the actual text.

In the process, the writers room came up with a number of “Watchmen”-adjacent concepts to aid the world-building process that, for whatever reason, couldn’t find a place within the narrative itself. Lindelof was so committed to this idea  that originally each episode of the series was meant to have a 90-second post-credits sequence full of ancillary material, an homage to the supplemental material found at the end of each issue of the OT.

Specifically, the pilot, during which Joe Keene (James Wolk) does not appear, was supposed to feature a “60 Minutes” intro (ticking clock included) with Keene, a Republican frontrunner for president, being interviewed by the Watchmen universe’s version of Lesley Stahl. It got to the point where the staff had written four or five such segments, including a 2004 ad for Nostalgia, complete with a horrifying Big Pharma list of potential complications. Ultimately, the post-credits sequences were scrapped for a lack of time and a lack of money.

But many of those items found new life in Peteypedia, a companion site that boasts extra-textual material to enhance viewers understanding of the show’s universe (and potentially reveals the identity of the mysterious Lube Man.)

That’s just one fascinating tidbit explored in this week’s episode of “Millions of Screens,” featuring TV Awards Editor Libby Hill, TV Deputy Editor Ben Travers and Creative Producer Leo Garcia in conversation with Lindelof about the whole of the “Watchmen” season, “By George,” a show-in-the-show featuring a cloned George Washington that “American Hero Story” eventually replaced, and the musical genius on display in each and every episode.

Also, the creation of Rube Man.

This Article is related to: Television and tagged Damon Lindelof, HBO, Millions of Screens, Watchmen