Here's how Killian Scott and Sarah Greene prepped for the Episode 4 reveal that changes the series. 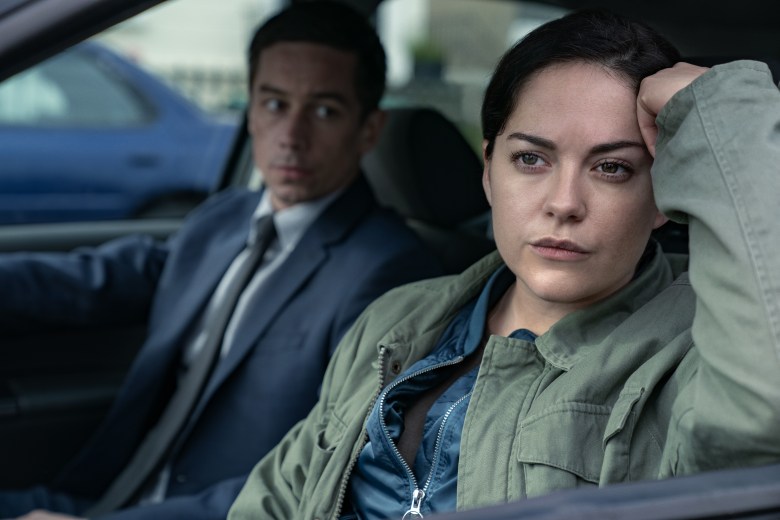 And then, suddenly, everyone is living a lie.

At the end of this evening’s episode of “Dublin Murders” (again, heavy spoilers follow) Det. Cassie Maddox (Sarah Greene) returns to undercover work in the form of Lexie, her doppelgänger murder victim who was using the name of one of Cassie’s previous undercover identities.

Yes, this sounds totally batshit. But “Dublin Murders” is an adaptation of the first two novels in Tana French’s Dublin Murder Squad series — “In the Woods” and “The Likeness” — and, like the books, it’s not just a typical cop procedural. It’s a look at how childhood trauma resonates and warps experiences, perceptions and constructs of reality.

It’s an explosive moment that sets up the back half of the series, marking the official transition away from “In the Woods” into the storyline of “The Likeness,” as Det. Rob Reilly (Killian Scott) and Cassie both now embrace the double lives created by their catastrophic childhoods. For both actors, it presented a tantalizing challenge in not only keeping the storylines straight, but conveying the textures of characters who opt to have a loose grip on reality in order to maintain their sanity.

What helped was filming “Dublin Murders” in blocks of two episodes at a time, so that during production the entire cast and crew essentially mimicked the knowledge base of the viewing audience. “We were getting scripts maybe a week before we would start shooting that next block,” Greene said. “That was quite lovely, because it’s really hard when you have all this information in your head, because sometimes you can get in your own way. Really, my job is to tell the truth in the moment. You can’t really play history, and you can’t play the future.”

That’s not to say that Greene didn’t try to sneak a peek. “I read the first script and I couldn’t wait to read more. […] I gobbled them up,” she said. “So I went and bought the books, and I had to get a fast track order on it because they were so popular they were all sold out and you couldn’t get them in the stores. ‘The Likeness’ was the first to arrive […] and you really get to delve into the mind of Cassie. Then ‘In the Woods’ came in, and I started that book and we had started rehearsals and I kept on getting confused on what was in our script and what was in the books. The director, Saul Dibb, was like…’You can’t really go there.’” 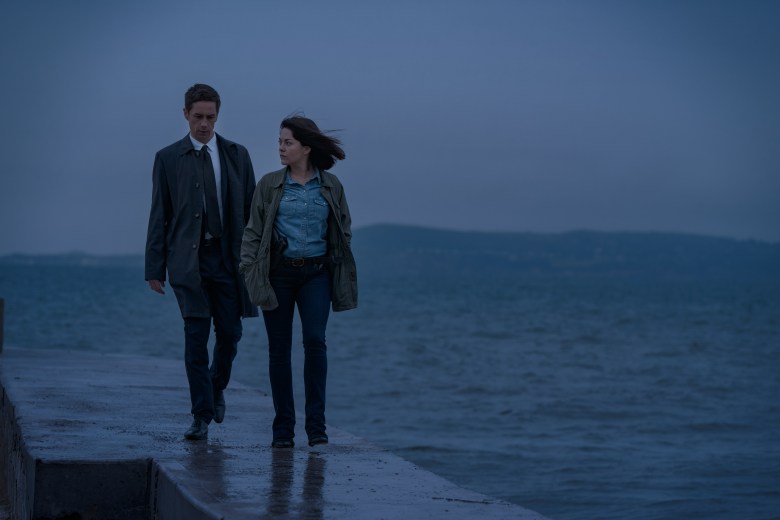 For Scott, the Cassie/Lexie reveal comes after four episodes where he was playing a character defined by a dual identity. His Reilly is actually Adam, the sole amnesiac survivor of an incident two decades ago in the Knocknaree Woods where two other children went missing. He’s now investigating the murder case of a teenage girl in those same woods — and as his partner, Cassie was the only one that knew and protected his secret identity and links to the original disappearances. And now she’s gone back undercover, off to take a peek at the horrors behind her own funhouse mirror reflection.

Yes, again, this sounds totally batshit. For Scott, it was a wholehearted belief in the sanctity of the words behind the spiral of the characters’ lies that helped him project the wounded passion of the character.

“My preparation was a little more abstract — as opposed to going to the police department and shadowing a detective — I just read ‘The Outsider’ by Albert Camus [Ed. note: ‘The Stranger’ in the U.S.] because for some reason when I read Rob in that first episode, I just had that book in my mind. And I’d listen to The Joy Division and Radiohead,” Scott said. “I think my process is very instinctive, and thanks to Sarah Phelps, the screenwriter, the characters were so rich and creative that a lot of it is just in the script. I would be running the lines for these scenes a couple of hundred times before I got to set.”

It helps, of course, that as actors Greene and Scott can sell the hell out of almost anything, no matter how preposterous it seems as a logline. Greene was a Tony Award nominee in 2014 for Best Featured Actress in a Play for Martin McDonagh’s “The Cripple of Inishmaan”; Scott has been seen Stateside in “Ripper Street” on BBC America and USA’s “Damnation.”

“I’ve been thinking about when I started and I was doing amateur theater in Dublin and I was dreaming of a line in a film here and there,” Scott said. “All of a sudden, you’re doing something like this gig with these actors and it’s such a profoundly satisfying experience, especially a character like Rob. You’ve got a dude who has successfully managed to keep a lot of things at bay for a long time and it’s created a certain mask. Rob decides to pursue the demons that have been hounding him for a long time —and Cassie does likewise.”

“Dublin Murders” airs new episodes Sundays at 8 p.m. ET on Starz. There are four episodes left in the season.