It’s no secret that sex and Hollywood go hand in hand, but rarely do onscreen depictions of sex interrogate human sexuality in illuminating ways. As it began doing with “Sex and the City” and “The Sopranos” when it launched the current heyday of peak TV two decades ago, HBO is still producing the most incisive shows about contemporary sexuality anywhere on television. Two of the year’s new offerings, “Mrs. Fletcher” and “Euphoria,” prove the premium network still lives up to its lofty slogan. It’s not TV if nothing else even comes close.

Premiering to major ratings and online buzz this summer, “Euphoria” followed Rue (Zendaya), a jaded teen battling addiction and her extended social circle of sexually active and culturally literate high schoolers who behave like twentysomethings. Along her raw and arduous journey towards sobriety, Rue develops a crush (along with everyone else) on her best friend Jules (Hunter Schafer). Ethereal, sensual, and desired by many of the major characters — the character of Jules was a major windfall for trans-femme representation.

In the show’s first episode, she arrives at a seedy motel for an assignation with an older man she met online. Though innocently excited beforehand, she is quickly disillusioned by the rough, transactional sex. Even for the most porn-literate, the scene is jarring, intentionally so. Seeing her impassive face shoved into a pillow by this grey-haired daddy (Eric Dane) is upsetting, not because of the act itself, but because of Jules’ vacant stare and single tear. (Schaefer, in a star-making performance, is a revelation.)

For some, however, shock value is not the only reason the scene made an impression; many viewers were likely seeing an all-too recognizable experience depicted onscreen for the first time. Where “Euphoria” stumbles, (and where we are reminded that HBO actually is TV), is when the repercussions from this one disappointing hook-up follow Jules for the rest of the season. Jules is not personally traumatized — she moves on rather healthily by exploring connections with other girls — but it’s the men around her who can’t let it go. This choice maintains the character’s strength, but not her agency. She is still at the mercy of cis straight men, though this is, admittedly, an unfortunate reality for many women. 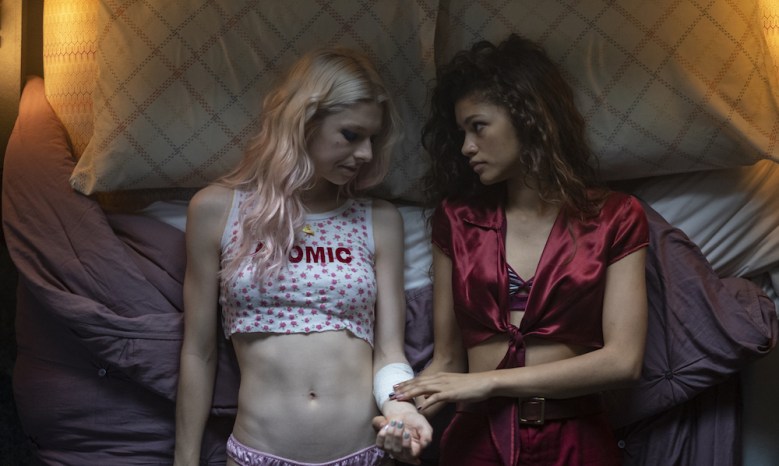 Hunter Schafer and Zendaya in “Euphoria”

Which brings us to the way “Euphoria” depicts cis men’s sexuality. Nate (Jacob Elordi) is undoubtedly the villain of the show, though he is given ample screen time to be lusted over and many opportunities for sympathy. In Nate, we see creator Sam Levinson’s confusion over what exactly he is trying to say about toxic masculinity.

The other — and a much more positive portrayal — is “Mrs. Fletcher.” 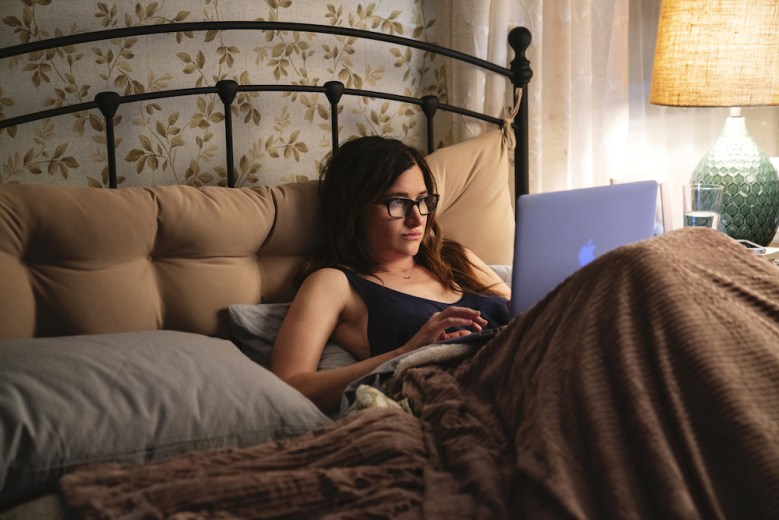 The other piece of the puzzle is Eve’s clueless and sullen son Brendan (Jackson White), a wholly despicable male character who is more on par with teenage boys than most men would like to admit. Where “Euphoria” stumbles by making Nate sexy and sympathetic in his toxicity, “Mrs. Fletcher” manages to punish Brendan for his behavior without completely villainizing him. Sure, he has absentee father, but he’s such an asshole to his mother and the one girl who pays him any mind that those things can never excuse all of his macho posturing.

There’s no question that media is a vital tool for holding a mirror up to society. With all the moral panic over what unfettered access to hardcore pornography and sending nudes is doing to sexuality, however real or imagined those threats are, there has never been a more urgent or fruitful time for TV to explore sexuality. With “Euphoria” and “Mrs. Fletcher,” HBO proves it’s the only studio up to the challenge.

This Article is related to: Television and tagged Euphoria, Mrs. Fletcher