If you're going to play stupid games with your nominees, at least nominate Kevin Bacon. 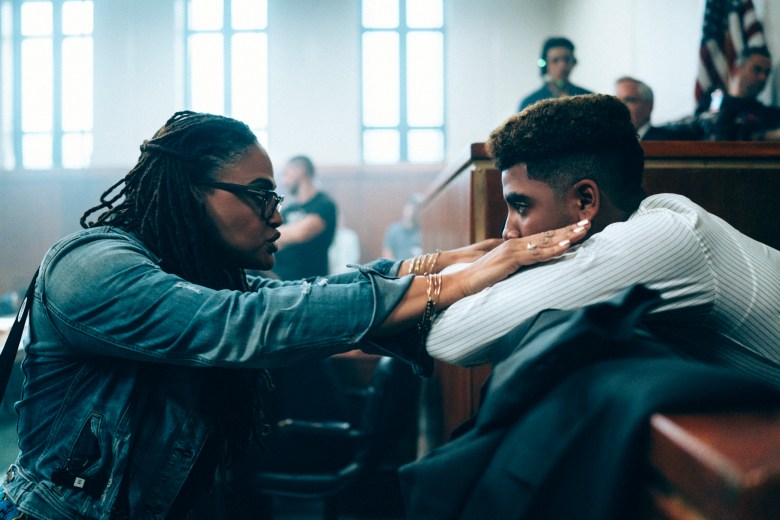 Ava DuVernay and Jharrel Jerome shooting “When They See Us”

It’s been several days since the Hollywood Foreign Press Association announced its Golden Globe television nominations, but they aren’t sitting any better now than when they first surfaced.

Neither time nor distance has dulled the sting of the organization wholesale dismissing the work of Ava DuVernay’s Netflix limited series “When They See Us,” including the Emmy-winning performance of Jharrel Jerome. It’s also still painful to think about how with 30 acting spots available, the HFPA managed to only nominate three people of color — Rami Malek for USA’s “Mr. Robot,” Billy Porter for FX’s “Pose,” and Ramy Youssef for Hulu’s “Ramy.”

Instead, the Golden Globes opted to celebrate actors who are already familiar with accolades, thanks to their years spent on the red carpet circuit. Oscar-winners and Hollywood heavyweights were all over the TV nominations, creating a weird, insider version of six-degrees of separation. Alan Arkin was nominated for Netflix’s “The Kominsky Method” and won an Oscar for “Little Miss Sunshine,” which starred Toni Collette who was nominated for Netflix’s “Unbelievable” and starred in “The Hours” with Meryl Streep, who was nominated for HBO’s “Big Little Lies,” as well as Nicole Kidman, who was nominated for the same limited series and starred in “Boy Erased” with Russell Crowe, who scored a nomination for Showtime’s “The Loudest Voice” and also starred in “Les Miserables” with Helena Bonham Carter who was recognized by the HFPA for her role in Netflix’s “The Crown” but also shared the screen in “Sweeney Todd” with Sacha Baron Cohen, who earned a Golden Globe nomination for his work in Netflix’s “The Spy.”

But with all that in mind, the full list of nominations wasn’t without a few gems. The whole-hearted embrace of “Unbelievable” was, well, unbelievable — but in a good way — and a much-needed boost for a limited series that could too easily get lost in the shuffle. And increased recognition for “Succession,” a series that went largely overlooked by the awards body last season is always a good sign for the future.

There’s also plenty to celebrate in light of “Millions of Screens” scoring its first Golden Globe nomination for its first-ever guest, an angle explored at length in this week’s episode featuring, as always, TV Awards Editor Libby Hill, TV Deputy Editor Ben Travers, and Creative Producer Leo Garcia. In it, the gang goes long on their all their Golden Globe gripes, but also examines the (potential) good news of a long-awaited “Kavalier and Clay” adaptation, the (definite) good news of “Watchmen” ratings, and the promise of very special guest on next week’s pod.

This Article is related to: Television and tagged Golden Globes, Millions of Screens, Podcasts, Unbelievable, When They See Us