Awards show ratings are falling and the easiest way to boost them is to guarantee a murderer's row of talent among nominees. But where is the integrity in that? 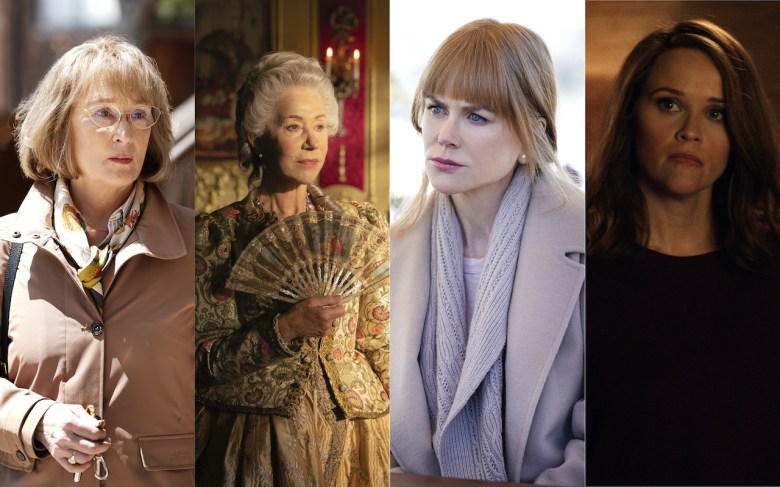 Hollywood is a hell of a drug. To some, knowing that they walk the same streets as legitimately famous people who grace the covers of magazines and walk the red carpets and can be regularly seen on the big (or small) screen is intoxicating. For those people, nothing can dissuade them from chasing the facade of fame down whatever rabbit hole; anything to bask in the proximity of celebrity for a little while.

In only tangentially-related news, the Hollywood Foreign Press Association announced the television nominations for the 77th Annual Golden Globe Awards this morning and they weren’t great.

While the Golden Globes could (and often does) serve as a high-profile opportunity to boost some of those TV shows that haven’t gotten as much time in the spotlight as other fare, too often the event devolves into the equivalent of an upscale nature documentary, where a bunch of trophies are heaped into a pile in Beverly Hills with several cameras trained to capture the movements of whatever celebrity wanders by to investigate.

This isn’t an entirely fair description of events, but this year the HFPA appeared to have a distinct lack of interest in being tastemakers, outside of some much-needed love for Netflix’s limited series “Unbelievable” and unexpected affection for Hulu’s lackluster adaptation of “Catch-22.” The org was much more content in doubling down on previously-nominated, star-heavy vehicles that have seen better days.

Specifically, the group re-upped its love for Netflix’s “The Kominsky Method,” starring Michael Douglas and Alan Arkin, which no other awards outlet has been as taken with, as well as its fervor for a lackluster second season of HBO’s “Big Little Lies,” with nominations for Nicole Kidman and Meryl Streep.

Beyond rewarding sheer star power, the nominations offered little internal coherence, with some shows falling out of favor entirely — Hulu’s “The Handmaid’s Tale” and HBO’s “Veep” were left behind wholesale by the Golden Globes and HBO’s “Game of Thrones” managed only a single nomination (for Kit Harington) — while other persisted, despite diminishing returns, including Amazon Prime Video’s “The Marvelous Mrs. Maisel” and BBC America’s “Killing Eve.” 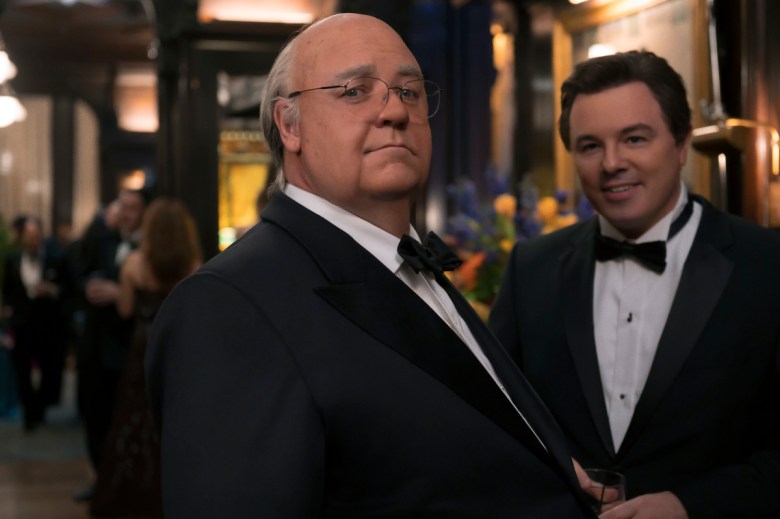 Russell Crowe in “The Loudest Voice”

Of course, it can be difficult to maintain the quality of your nominations when you feel compelled to recognize the most prestigious names that could potentially go on the ballot. If an organization feels the need to recognize Oscar-winners Russell Crowe in Showtime’s “The Loudest Voice” and Helen Mirren in HBO’s “Catherine the Great” and Reese Witherspoon for Apple TV+’s “The Morning Show” and Rami Malek for USA’s “Mr. Robot” — who only returned to the line-up after winning the Oscar for “Bohemian Rhapsody” last year — that leaves a lot less room for less high-profile actors, including the stars of Netflix’s “When They See Us” or HBO’s “Watchmen.”

This is far from the first time that the HFPA has been accused of valuing celebrity over artistic expression. In 2010, “Rescue Me” creator Peter Tolan crudely called the organization “a bunch of whores” and in 2011, actor Robert de Niro, while accepting the Cecil B. DeMille Award for his outstanding contributions to the world of entertainment, made several jokes at the group’s expense, saying, “We are all in this together — the filmmakers who make the movies, and the Hollywood Foreign Press Association members who in turn, pose for pictures with the movie stars.”

And yet, what’s a tiny organization with an outsized amount of influence and a televised awards show to do?

The real issue at the heart of the Golden Globes is between commerce and professional integrity. Awards show ratings are falling across the board and the easiest way to attempt to market a show to advertisers is to be able to guarantee a murderer’s row of recognizable talent among nominees. If you give the HFPA the benefit of the doubt and assume that they’re not just in it for the perks, it still makes sense to want Kidman and Witherspoon and Jennifer Aniston to potentially be in the ballroom when you’re trying to sell commercial time for dishwashing liquid or what have you.

It’s an admittedly cynical way to look at the industry and yet still less disheartening than imagining an awards body unofficially organizing its operating ethos around nabbing selfies with superstars.

But while it’s understandable that the HFPA might have a latent concern about courting a TV audience, it’s bargaining away the only real power it has. What is an awards body without integrity? What value is an organization that snubs the predominantly African-American cast of one of the most celebrated limited series of the year and doesn’t nominate a single woman of color in its entire slate of nominees? If you don’t have a finger on the pulse of television, why are you doing TV awards at all?

Without a calling card beyond “Movie Stars Wanted” the HFPA risks becoming a laughingstock.

Or, worse, just a bad joke.