Bradford Young sings the praises of the "Tree of Life" and "Gravity" cinematographer, one of IndieWire's craftspeople shaping the art of cinema today. 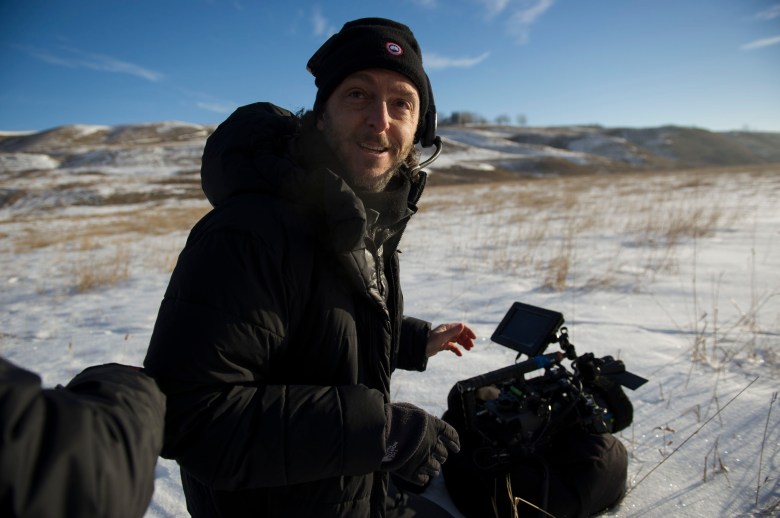 There is no other filmmaker that better embodies the possibilities and potential of filmmaking today than Emmanuel Lubezki. Working with Terrence Malick, “Chivo” elevated the naturalism of modern filmmaking into a new poetic language. With Alfonso Cuarón and their “Gravity,” he pioneered (and simultaneously mastered) creating cinema in a virtual workspace. With Alejandro González Iñárritu, he has tapped an exciting immersive side of using new tools.

Lubezki and Malick’s collaboration began on “The New World” and reached its pinnacle on “Tree of Life.” It was only through rigorous preparation and discipline — including production designer Jack Fisk creating a five-block-by-five-block neighborhood “set” for the actors and filmmakers to explore story in a new way. This wasn’t so much improvisation, as it was searching for the moments of truth in the world Malick had actually built in front of the camera. For this poem told in light, the cinematographer and director were as much chasing the endless beauty of the full color spectrum of sunlight when captured on 35mm film, as much as they were unplanned moments like a baby’s first step or a butterfly landing on star Jessica Chastain’s hand. It was a language and approach that was made possible by Lubezki letting go, trusting Malick, and giving over his unique talents and artistry to push past the drab naturalism that was dominating modern filmmaking and opening the door to something truly new.

Two years after “Tree of Life,” Lubezki found his oldest collaborator pushing him into an artificial setting. The zero-G requirements of Cuarón’s space-survival movie “Gravity” found Chivo exploring the uncharted territory of creating with virtual cameras and light. Once again, it was through rigorous prep and the mastery of a new way of working that the cinematographer managed to find and capture a sense of naturalism. Charting where the space station was in relationship to the reflecting and rotating light and color of Earth, Lubezki created an organic and realistic feel of source light. He also worked closely with virtual gaffers, through an extensive pre-light, to insure the animation and the real actors’ light matched (still the death of so many VFX films today). Possibly the most impressive achievement was that Chivo was able to deliver his and Cuarón’s trademark immersive camera work in virtual space, working with a VFX team to actually perform the virtual camerawork in a small studio, rather than create it in a computer. It’s a model, to this day, of how to bridge the filmmaking-virtual divide, and yet no one has come closer to approaching what Chivo achieved in his pioneering first crack at what was then still-new technology.

“Tree of Life” and “Gravity” both show the full potential of the two very different directions the cinema of today is headed. While each film found Lubezki reaching for an elevated sense of naturalism, fellow cinematographer Bradford Young points to Lubezki’s innate sense of the relationship of the lens to the subject that is the consistent thread in his influential work.

“What I love about what Chivo does is that he can put a 14mm lens 18-inches from someone’s face and it seemingly works out because he respects the person in front of the lens. It’s about intention,” cinematographer and Lubezki admirer Bradford Young told IndieWire. “The work he’s done optically with Terence Malick and Iñárritu is some of the best work we’ve seen a long time. You can tell he cares about the people in front of the lens, but you can also tell he’s being very cautious, I know it, there’s this unspoken, unseen thing that when one is not conscience of the history, you can see it in the image. You can feel that it’s not right, but when I see Chivo’s version of that I can engage with the film on cerebral and human level because he got past all the nonsense, he comes with a certain level of purity. Chivo’s an educator too, he’s teaching us… he’s giving us an opportunity to revisit what we think we know in order to give us a more immersive cinema.”

When Young talks about Lubezki’s wide lens right up on his subject, he is specifically referring to the work the cinematographer has done with Iñárritu, his third big collaborator. On the “The Revenant,” Lubezki and Iñárritu pushed the immersiveness of their long-take Oscar winner “Birdman” to the extreme, as they intimately follow Leonardo DiCaprio’s character’s life-or-death story set against the Canadian wilderness. Beyond wide lenses (regardless of distortion) to get up in the action, Lubezki utilized the earliest testing of the ARRI Alexa 65 to show how large format digital cameras could be used to achieve yet a different immersive relationship with character.

A year later, Chivo and Iñárritu would step into full immersion with virtual reality, “Carne y Arena” remaining one of the few shining examples of how a successful 2D filmmaker’s vision can translate to 360. Iñárritu has referred to Lubezki as a “co-filmmaker,” a sentiment most directors feel in collaborating with a cinematographer leading them, and us, into a new frontier.