Greta Gerwig explains why the fastidious and creative costume designer is one of IndieWire's craftspeople shaping the art of cinema today. 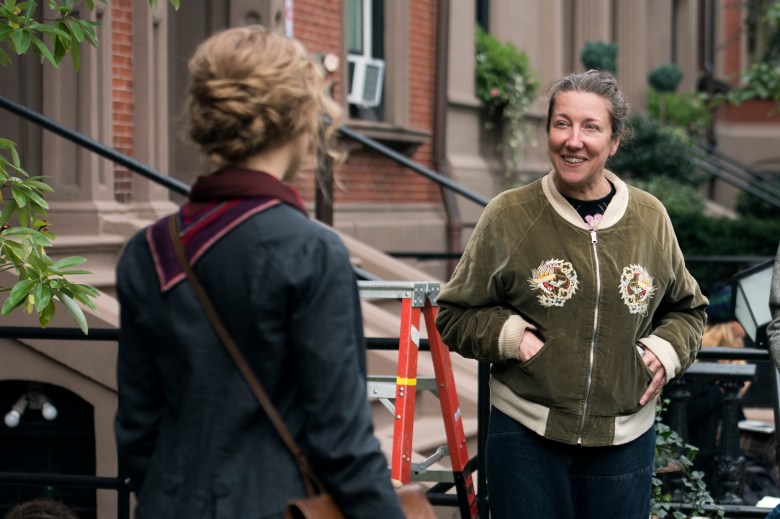 Jacqueline Durran on the set of Greta Gerwig’s “Little Women”

At some point in the process of gathering costumes for Greta Gerwig’s “Little Women,” the filmmaker and her costume designer Jacqueline Durran fell in love with a hat. It wasn’t even a real hat; it was a little boy’s hat from a Winslow Homer painting the pair were studying as part of their inspiration-gathering process. Durran recreated it from scratch — period appropriate, of course — and handed it over to Saorise Ronan’s Jo March to wear during a pair of pivotal scenes. That’s the Oscar-winning costume designer in a nutshell.

“She has a way of costuming period pieces so that they look like clothes, not like costumes, which they think is a particular talent,” Gerwig told IndieWire of Durran. “It’s so good that it can go unnoticed, because you think it just exists.”

A frequent collaborator of Mike Leigh and Joe Wright, Durran has long excelled at outfitting complex period-set films with costumes that are not only appropriate for the time but that look plucked from each character’s personal closet. It’s a knack that has carried her from such grounded films as “Darkest Hour” to more fantastical ones like the live-action “Beauty and the Beast.”

And yet her choices are always spot-on, rooted in a deep appreciation for the many pieces of her craft (and the many other talents who assist in her work, from seamstresses to historical archives and everything in between). Gerwig’s experience with Durran on the adaptation of Louisa May Alcott’s beloved novel is emblematic of so much of the costume designer’s craft: built on historical knowledge, an eye for detail, and a deep adoration of the characters she’s clothing.

Durran’s careful touches are all over the film, making it not just more accurate to the age, but accurate to the many classic characters that populate it. Each of the March girls was assigned her own color (many of them pulled from the book itself), but when it came time to dress their mother, Durran wove every single color into her looks, all the better to reflect their bond. That’s why star Laura Dern wears so much paisley in the film, it’s not a random choice; it’s all part of building a full character and film experience.

Gerwig is still in awe of her work. “The specificity of Jacqueline recreating a hat from a painting is why she is who she is,” Gerwig said. “She’s a filmmaker. She is excellence personified.”