The documentary editors are two of IndieWire's craftspeople shaping the art of cinema today.

By Chris O'Falt and Eric Kohn 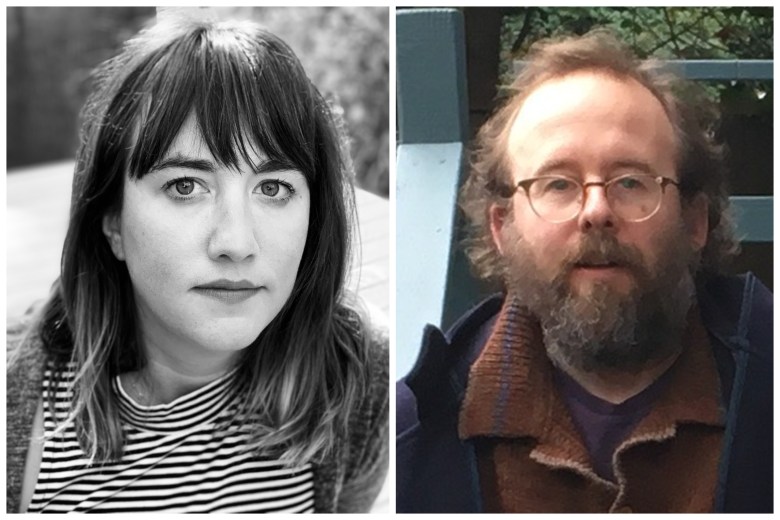 All too often a nonfiction film’s cinematic possibilities deflate in post-production, where the pressure, both internal and external, to make something formulaic becomes intense. The irony, of course, is that it is in the editing that an ambitious nonfiction film’s possibilities can be discovered, or even created. Here are two shining examples of editors steering remarkable films and filmmakers to find their full potential.

Editing documentaries is a singular process quite distinct from its application in narrative features. Non-fiction storytelling often requires culling from hours of footage, weaving together material from disparate times and places, connecting one moment to another even if they were never planned out that way. Over the past decade, Nels Bangerter has emerged as an exemplar of that craft.

Bangerter’s credits extend far beyond the limited realm of talking heads: The 2012 Oscar-nominated short “Buzkashi Boys” assembles a coming-of-age story about two kids on the streets of Kabul entirely out of verité footage, and 2013’s acclaimed “Let the Fire Burn” uses a staggering assemblage of news reports, on-the-ground amateur footage, and even police debriefings to capture the violent 1985 showdown between Philadelphia police and the African American collective Move. Bangerter’s ability to tackle non-fiction projects with ambitious formalism has only increased since then, most prominently with the 2016 Sundance breakout “Cameraperson,” the best illustration of his talents to date. Veteran cinematographer Kirsten Johnson’s feature debut culled from years of her work as a DP on major documentary projects around the world that positioned an astonishing range of subjects in front of her camera — from Jacques Derrida to Michael Moore, Edward Snowden, and Johnson’s own mother. But it took Bangerter’s keen eye to clarify Johnson’s intentions.

As the filmmaker recalled, it was Bangerter who insisted on the opening image, a shaky, out-of-focus shot of dirt left over from material shot outside a house, which occurred during the Bosnian War. It’s followed by equally straightforward imagery. “I lobbied for an opening shot that would be ravishing,” Johnson said. “Nels didn’t relent. He knew that the series of shots in Bosnia would give the viewer the tools they needed at the opening of the film to think about me as a person, behind the camera — talking, running, laughing, plucking the blades of grass from in front of the camera. He knew that situating the viewer like this was vital to the way the film would function. He really had to stand up for the structure of what he’d built.” It paid off: Bangerter won editing awards from both the Cinema Eye Honors and the International Documentary Association in 2017.

Since then, Bangerter has continued to tackle unorthodox applications of the non-fiction form, including Laura Poitras and Henrik Moltke’s short “Project X,” which explores the eerie nature of a lower Manhattan building loaded with covert NSA documents and unfolds almost entirely with menacing exterior shots and voiceover narration. Earlier this year, he edited “The Hottest August,” Brett Story’s striking look at multiple lives across the New York area over the course of a single month, and his work will next be seen in “Books: A Documentary,” the sprawling look at a 2012 bookstore auction in Archer City, Texas. —EK

When Julia Reichert and Steven Bognar saw “Quest” — a film spanning a decade in the life of North Philly family — at the True/False Film Festival, they immediately sensed they had found an editor to tackle the sprawling story they were in the middle of documenting. Their “American Factory” was reliant on its incredible access, but that access meant they would ultimately capture over 1,200 hours of footage and track 40 characters (each with their own three-beat story), all while capturing a larger story that cut to the heart of topics like labor and globalization.

What editor Lindsay Utz, Reichert, and Bognar ultimately did was trust the process, a process of first becoming familiar with the footage and then letting the story emerge from that. It’s an approach that takes time and patience, which also means resources (Participant stepping in to back the long edit), but also someone who knows how to manage those resources.

In the digital age, filmmakers’ ability to embed themselves in an unfolding story and to keep filming is increasingly common. What’s uncommon is an editor like Utz who can turn that mountain of footage into the year’s best-told story. Rarer still is to do so relying on the power of observational cinema, structuring a film that calls on the audience to make connections and build the story in our minds, while always keeping track of the implications of the bigger story Reichert and Bognar had captured.

“One of the brilliant things [Lindsay] said right at the beginning,” Reichert told IndieWire. “‘You did bazillions of hours of sit-down interviews, let’s try not to use them, except for voiceover. Let’s see if we can make this work on verite scenes, things unfolding in front of the camera.”

The hushed tone voices of the intimate interviews underneath the beautiful footage of those workers on the factory floor transformed into the type of internal monologues you have with yourself while performing manual labor. Utz kept the personal, letting us get to know the individuals but always advancing the story of the factory itself. Instead of worrying about continuing each characters’ arc, the film becomes a mosaic of the lives surrounding the larger story of this experiment of a Chinese company reopening the iconic GM plant.

“Lindsay would often say, ‘A little brush stroke is enough,’” said Bognar. “We were like, ‘Are you sure that’s enough, Lindsay, is the audience going to get it? Don’t we need to talk more about this, or get a little bit more exposition on that.’ And she’d come back, ‘No, no, no, we get it, we get it. These three lines, or that little moment will convey volumes in more wordless, cinematic, poetic way.’ She was usually right.” —CO